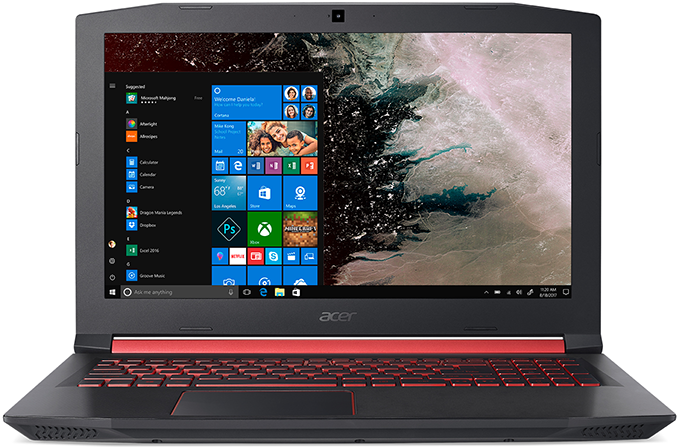 Acer has announced a new version of its Nitro 5 laptop this week. The new variants will be powered by Intel’s latest Coffee Lake-H processors, and can use NVIDIA’s GeForce GTX 1050 Ti GPU. The notebook will be aimed primarily at casual gamers and will be among the more affordable PCs featuring Intel’s new 8th Gen Core processors.

Update 4/5: Acer said that its Nitro 5 laptops can only feature Core i5 or Core i7 CPUs, but not the fully-unlocked Core i9 processors. In addition, the company disclosed some of the new Nitro 5 configurations.

The Acer Nitro 5 notebook is based on Intel’s new 300-series notebook platform featuring Intel’s Core i5/i7 processors with four or six cores, an integrated USB 3.1 Gen 2 controller, and built-in 2×2 802.11ac Wave 2 Wi-Fi support with the Intel Wireless-AC 9560 CRF module. The systems will be equipped with up to 32 GB of DDR4 memory as well as up to 512 GB PCIe SSDs. 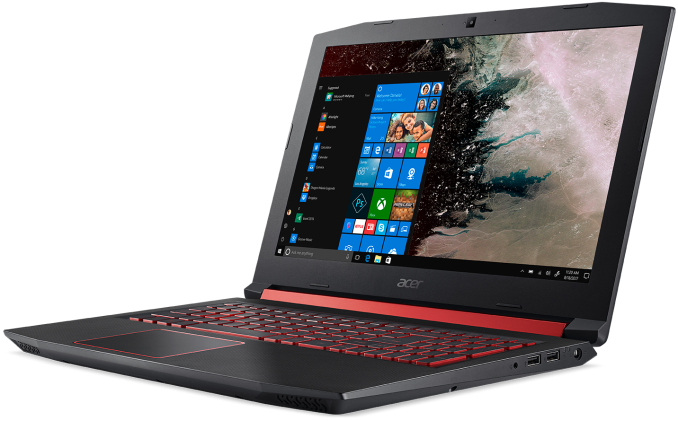 Just like the AMD Ryzen-based Nitro 5 (AN515-42), the Intel Core-based Nitro 5 is outfitted with a 15.6-inch LCD featuring a 1920×1080 resolution. Similarly to the advanced versions of AMD-powered Nitro that come with AMD’s Radeon RX 560 dGPU, Acer will use NVIDIA’s GeForce GTX 1050 Ti standalone graphics processor for premium Intel-powered Nitro 5 laptops. 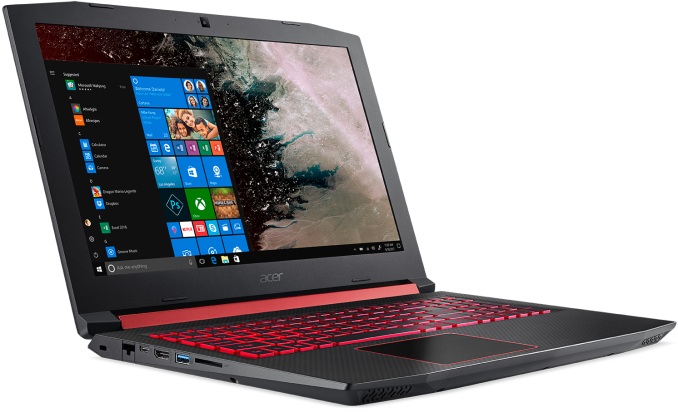 Physical connectivity capabilities of 2018 Nitro 5 laptops seem to be similar too. Both notebooks feature one USB Type-C port, three USB Type-A connectors, a GbE port, an HDMI output, and an SD card reader. The audio sub-system of the Acer Nitro 5 is comprised of a TRRS connector, stereo speakers as well as Acer TrueHarmony and Dolby Audio Premium software enhancements.

Acer plans to start selling its Coffee Lake-H-based Nitro 5 notebooks in May. In North America, the entry-level SKU is currently available exclusively from BestBuy and is priced at $719, whereas in EMEA starting price of the laptop will be €799. Acer traditionally does not share exact configurations of its machines before shipping them, but we have managed to obtain specs of two entry-level Nitro 5 systems to be available in the U.S. shortly.

Keep in mind that entry-level configurations may look different in other regions. 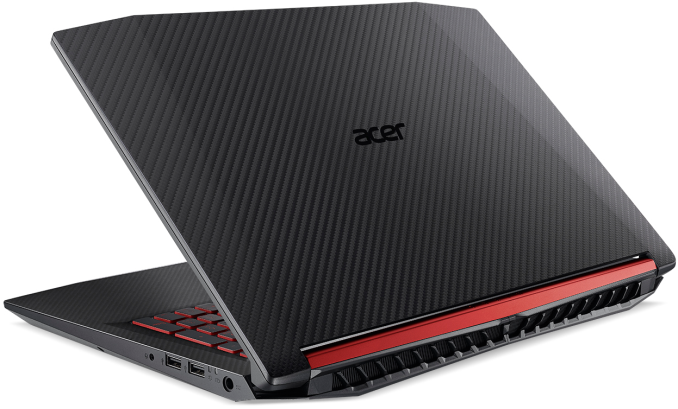