Today Motorola has officially announced the long rumored second generation of the Moto 360. While details are still unknown about the display resolution or some aspects of the internal hardware, there are still a number of things that can be identified based on Motorola's press release and the Moto Maker studio.

The first thing to note is that the Moto 360 will actually come in two versions. The first is the standard Moto 360 which has a similar design to the first generation. It now comes in two sizes, with the smaller size having a 42mm watch case and the larger being 46mm. Users who find a 42mm watch to be too large appear to be left out in the cold again, and it'll be interesting to see how the user demographics are split between different heights, genders, etc. From Motorola's images we can also see that the display still has the gap at the bottom where the display driver is stored.

The normal Moto 360 can be completely customized with Moto Maker. The 42mm model comes with default color and band settings for both men and women, which I kind of understand but I feel is misguided when your entire platform is allowing users to make it however they wish. Both of the 42mm models allow you to customize the case color, the band, the bezel color, and the default watch face. Depending on what size and band you choose, the price will range from $299 to $429 in the US. Motorola is allowing users in the US to customize and pre-order their watches right now, and even if you're not in the US it provides a way to check out the different options Motorola provides. 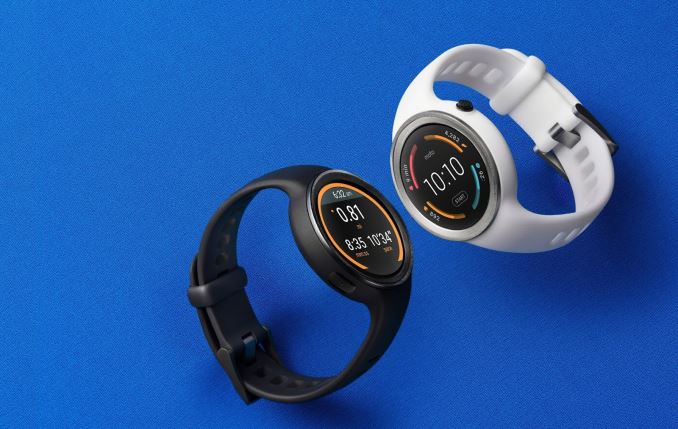 Ignoring the size segmentation, the second device in the Moto 360 Collection is the new Moto 360 Sport, which is is more rugged and has some unique features of its own to distinguish it from the normal edition. The band is made of silicone, which also surrounds the watch case and resists moisture, fading, or staining. It's important to note that this strap is fixed in place, so you won't be able to switch it with other colors or completely other straps. The Moto 360 Sport also comes with integrated GPS, which allows for accurate position and distance tracking when jogging or cycling without a smartphone. As for the display, Motorola is calling it an AnyLight display, which they say acts as a typical LCD when indoors but reflects natural light when outdoors to maintain readability.

Both versions of the Moto 360 are now powered by a Snapdragon 400 SoC, which is a change from the TI OMAP platform in the previous version. Motorola hasn't said anything about the display resolution other than that it's "higher" than the previous generation model. The battery capacity of both is unknown, but Motorola claims that the 46mm model will last two days between charges, while the 42mm model will last 1.5 days.

As I mentioned earlier, customers in the US can pre-order the Moto 360 now from Moto Maker. Availability in other countries will be announced in the future, as well as availability of the Moto 360 Sport which is currently not available even in the US.