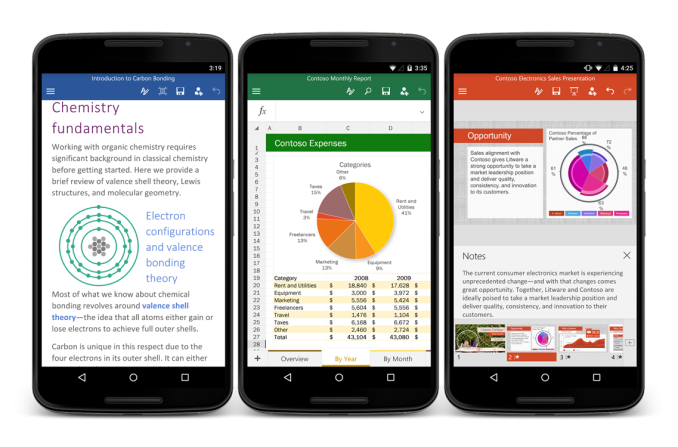 Today Microsoft announced that their line of Office applications has made its way to Android smartphones. After launching the first touch-optimized version of Office on the iPad, Microsoft has gradually been building out support for Android. It began with Office for Android first launching as a preview for ARM based tablets running KitKat, with the final release working on Lollipop. Shortly after, Microsoft began supporting Android tablets that use Intel processors, like the Dell Venue 8. Throughout all this, support for Android phones was still absent. With some Android devices having screens that are 6" or even larger, creating a version of Office for them actually made a lot of sense.

With today's release, Microsoft now supports essentially every Android device. Whether your screen is big or small, and your processor ARM or Intel, you'll be able to use Office on your Android device. Microsoft's partnerships with phone manufacturers mean that these apps will also come preloaded on many future smartphones and tablets.