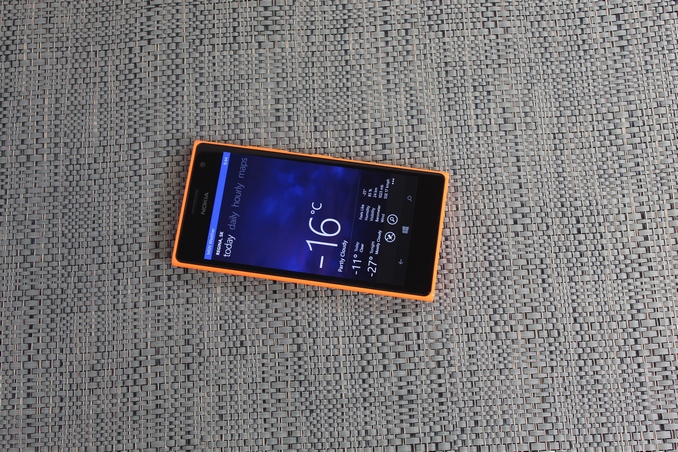 Back in September, Microsoft launched what would be the last two Nokia branded Lumias. The Lumia 830 was announced as an affordable flagship, and we reviewed the 830 back in November. The Lumia 730 and 735 were launched with a different feature set, a lower price, and a higher resolution front facing camera. Microsoft announced them as “built for Skype calls and selfies” with the inclusion of the five megapixel front facing camera and put the package in a smaller, lighter body. It was launched with four colors, with the 730 being a dual SIM version and the 735 is a single SIM with LTE capabilities.

Right after our Lumia 830 review, Microsoft asked if I would like to review the 735 as well. Although many of the internals are similar or identical to the 830 and 630, there is enough different that this is really a unique phone in the Lumia range. It lacks the PureView branded camera system, but still has a good camera. The OLED display is 720p, which is a step up from the lower cost 630, and the same resolution as the 830, but in a slightly smaller screen size. At 4.7”, this is the only Lumia available at this size.

The Lumia 830 tried to put a higher end package together with the metal frame, 5” display, and a PureView 10 MP camera with OIS into a less expensive price bracket. Although the SoC in the 830 is only a Snapdragon 400, it is overall a great phone which is hampered only by its price. The 735 steps the price down further and packages the phone in a more traditional Lumia style with a fully polycarbonate body.

Internally, it is very similar to the Lumia 830. The Snapdragon 400 MSM8926 provides the quad-core Cortex A7 at 1.2 GHz, as well as the LTE modem. Memory is identical at 1 GB of LPDDR2, which opens the entire range of Windows Store apps to this device. The OLED display also features ClearBlack, which is a polarizing filter to keep refractions and reflections from outside lighting to a minimum. Storage is less than the Lumia 830, with only 8 GB of internal NAND available. A micro SD card slot allows an additional 128 GB to be added, and Windows Phone’s Storage Sense app makes it easy to control where your data gets stored. The latest update to Windows Phone also allows future software updates to be staged to the SD card, making the 8 GB not as much of a detriment as on other platforms. 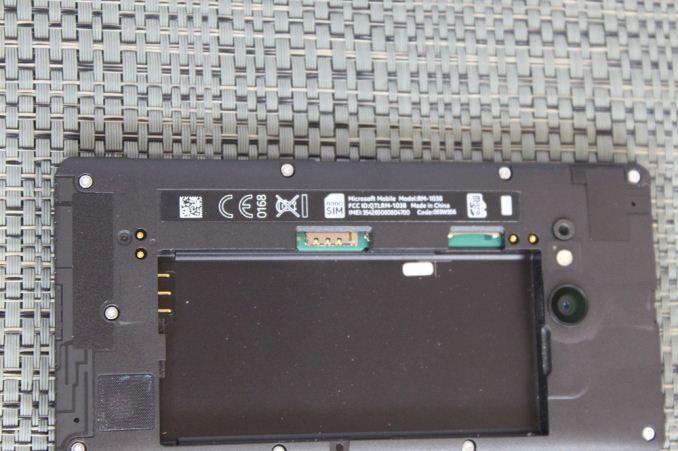 One rather large omission, which is available on the Lumia 830, is Glance screen support. Every Lumia should have Glance, as it is one of the best features. Because this one does not, it is a big knock against it, especially when moving from an older Lumia with Glance support.