Hands On with Gigabyte Notebooks at CES 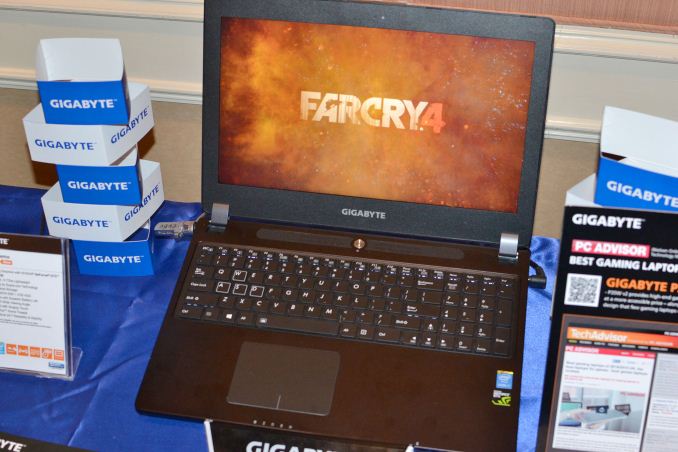 One of the notebook vendors that I’ve been really interested in visiting is Gigabyte, as their P-series offerings look quite promising. Aesthetics are of course a rather subjective topic, but I do like the fact that Gigabyte tends to be a bit less gaudy with their own brand of gaming notebooks. Of course they also make the AORUS brand of gaming notebooks that is far less subdued, but we’ll cover that in a separate piece.

In terms of our hands on time with the devices, all of them feel relatively solid and it’s great to see Gigabyte opting to avoid the use of any TN displays. Build quality seems good if not exceptional – the chassis is mostly plastic, but still relatively solid to handle. The keyboard and touchpad also seem good, though the 10-key layout on the P35 in particular basically breaks all the 10-key rules and will not be especially useful. The only real question I have is whether the laptops can truly cope with the level of hardware they’re using, as substantially larger laptops sometimes get a bit hot.

We’ve asked for the chance to review all of the latest P3x offerings, though not all at once, and we hope to be able to test the P35X v3 in particular. GTX 980M with a 3K display in a very thin 15.6” chassis happens to press all the right buttons for me. Let’s hope it can live up to our high expectations.