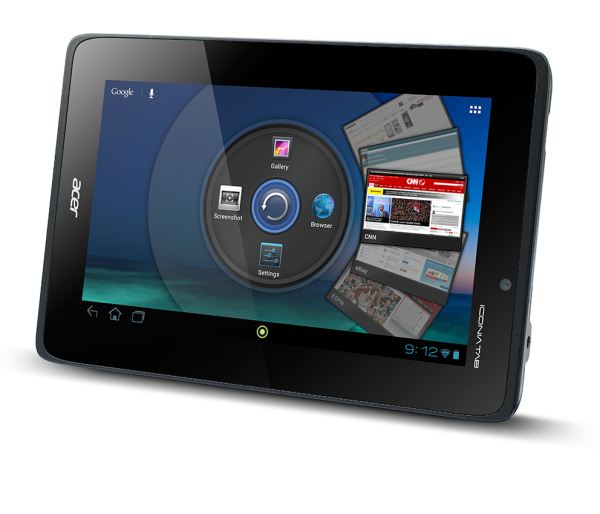 Everyone's getting into the small tablet market, and with the success of Google's own Nexus 7, and Amazon's Kindle Fire, it's no surprise. The Iconia A110 fills that segment for Acer, but does it have what it takes to compete with the Nexus 7? At a high-level it matches up well. The venerable NVIDIA Tegra 3 SoC makes an appearance, as does Android 4.1 (Jelly Bean). The A110 has an edge in connectivity and expandability with microUSB sitting alongside microSD and microHDMI. From there, though, things drop off a bit.

With just 8GB of NAND storage on-board, the out of the box value is a little diminished. Then there's the display, which might be stellar in person, but with just the specs to look at, the 1024x600 resolution is a let down. And then we have pricing. At $229.99 MSRP, the Iconia A110 is somewhat more expensive than the Nexus 7, and if rumors of a 32GB Nexus 7 SKU slotting in at the $249 price point are true, the 8GB A110 will face stiff competition. We'll find out how it fares on October 30th.