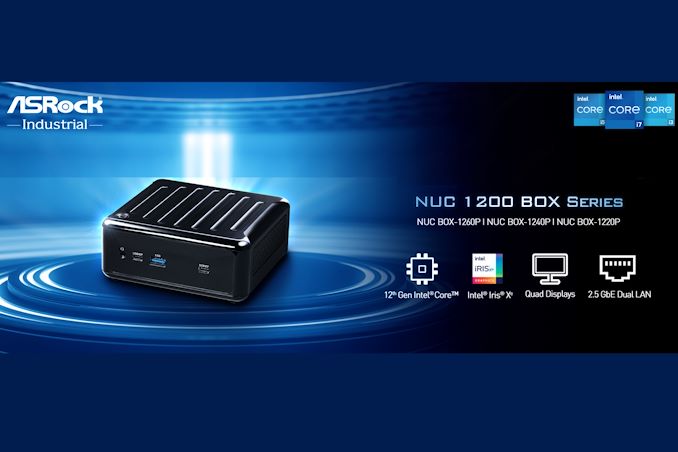 Intel recently updated their low-power processors lineup with the Alder Lake U and P Series 12th Gen Core mobile SKUs. With support for a range of TDPs up to 28W, these allow ultra-compact form-factor (UCFF) PC manufacturers to update their traditional NUC clones. Similar to the Tiger Lake generation, ASRock Industrial is again at the forefront - launching the NUC1200 BOX Series within a few days of Intel's announcement.

The new NUC1200 BOX Series retains the chassis design and form-factor of the NUC1100 BOX Series. The NUC BOX-1165G7 left a favorable impression in our hands-on review, and the NUC1200 BOX Series seems to be carrying over all those aspects. The company is launching three models in this series - NUC BOX-1260P, NUC BOX-1240P, and NUC BOX-1220P. The specifications are summarized in the table below.

According to the products' datasheet, ASRock Industrial plans to get the two Type-C ports in the front panel certified for USB4. Since the certification plan is still pending, they are being advertised as USB 3.2 Gen 2 for now. Going by our experience with the NUC-BOX1165G7, at least one of the front Type-C ports should be able to support Thunderbolt 4 peripherals. 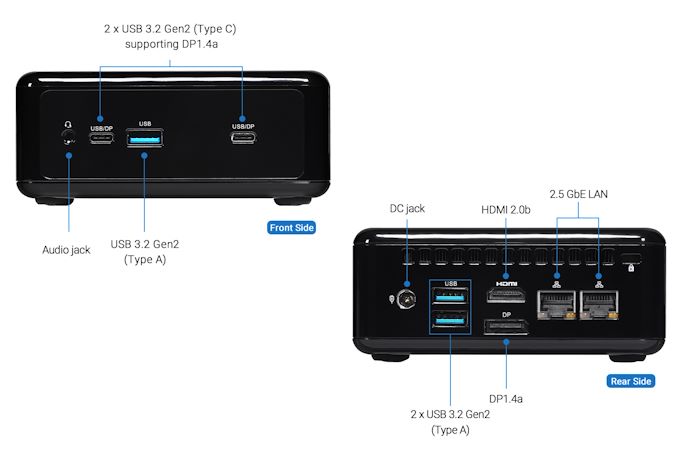 The key updates over the NUC1100 BOX series seem to be the integration of dual 2.5GbE ports (compared to 1x 1GbE + 1x 2.5GbE), addition of 6GHz Wi-Fi support, and the presence of Alder Lake processors with their hybrid architecture comprising of both performance and efficiency cores.

Since the units target the embedded market also, they have the usual bells and whistles including an integrated watchdog timer and an on-board TPM. Pricing is slated to be announced in the coming months.