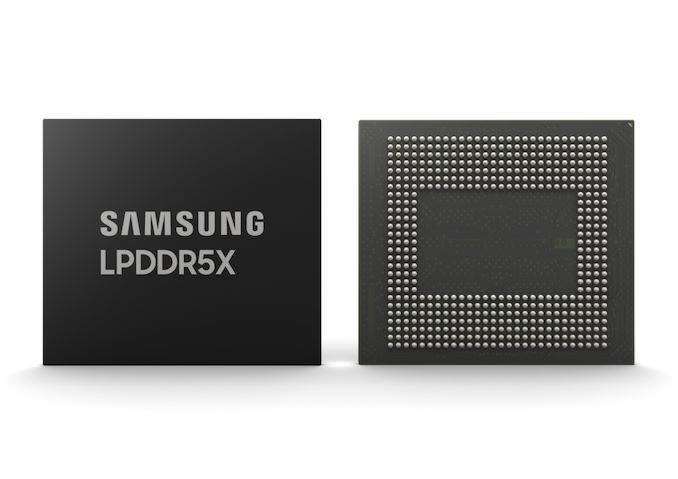 After the publication of the LPDDR5X memory standard earlier this summer, Samsung has now been the first vendor to announce new modules based on the new technology.

The LPDDR5X standard will start out at speeds of 8533Mbps, a 33% increase over current generation LPDDR5 based products which are running at 6400Mbps.

Samsung’s implementation notes 16-gigabit dies (2GB) on a 14nm process node, with the company explaining that the new modules will use 20% less power than LPDDR5. It’s also possible to allow for 64GB memory modules of a single package, which would correspond to 32 dies.

“Later this year, Samsung will begin collaborating with global chipset manufacturers to establish a more viable framework for the expanding world of digital reality, with its LPDDR5X serving as a key part of that foundation.”

We generally expect LPDDR5X SoCs and products to start being released for the 2023 generation of devices.