Innogrit is one of the latest SSD controller designers to enter the market, having come out of stealth mode and announced their roadmap last August at Flash Memory Summit. Last week at CES 2020, at least two SSD vendors were showcasing upcoming products based around Innogrit's IG5236 Rainier controller. This isn't Innogrit's first SSD controller: they started small with the Shasta and Shasta+ designs, 4-channel DRAMless controllers that are comparable to entry-level NVMe controllers that Phison, Silicon Motion and Marvell have had on the market for quite a while. Rainier is where Innogrit really starts to compete. It's an 8-channel controller with a PCIe 4.0 x4 host interface, and it should be capable of very nearly saturating that link with sequential transfers. 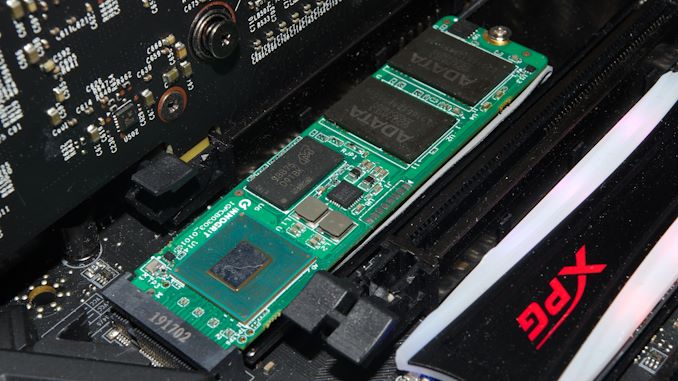 ADATA was showing off three different upcoming PCIe 4.0 M.2 SSDs at CES, and unsurprisingly one of them was using the Innogrit Rainier controller—ADATA's always game to try out new SSD controllers. The ADATA XPG SAGE SSD will use 96L TLC NAND, but they have not made a final determination of whether to use Micron or Toshiba NAND. The drive on their display board was clearly equipped with Toshiba NAND, but the one installed in a system for live demos used ADATA packaged NAND that may have been Micron TLC. 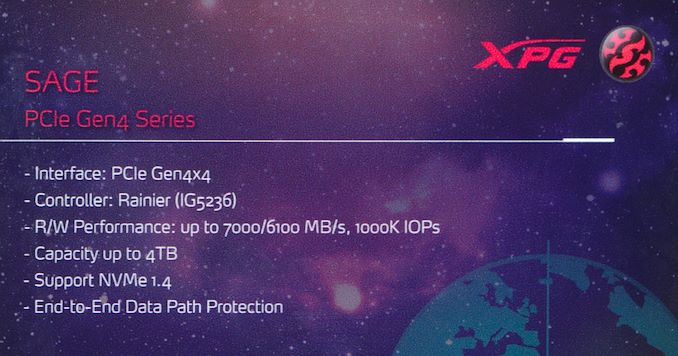 A few years ago, Micron sold their Lexar brand to Longsys, who started using the brand for both internal and external storage products. Longsys and Lexar SSDs have continued to use Micron NAND almost exclusively, but lately their preference for Marvell controllers has not been working out so well. Marvell's plan for PCIe 4.0 SSDs in the client/consumer market doesn't include anything to compete at the high end. Officially, Lexar isn't saying what controller their upcoming high-end PCIe 4.0 SSD will use, but the drive they had a live demo of was obviously using the same Innogrit Rainier reference PCB. However, their images of what the product will look like with its heatspreader were based on an entirely different PCB, so the selection of Innogrit's controller is probably not finalized. This drive is planned for Q3 of 2020. 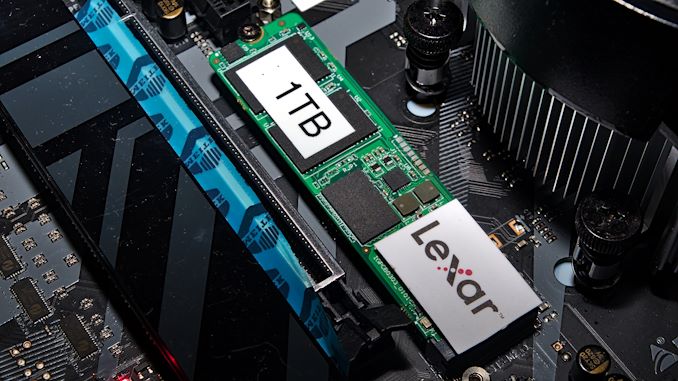 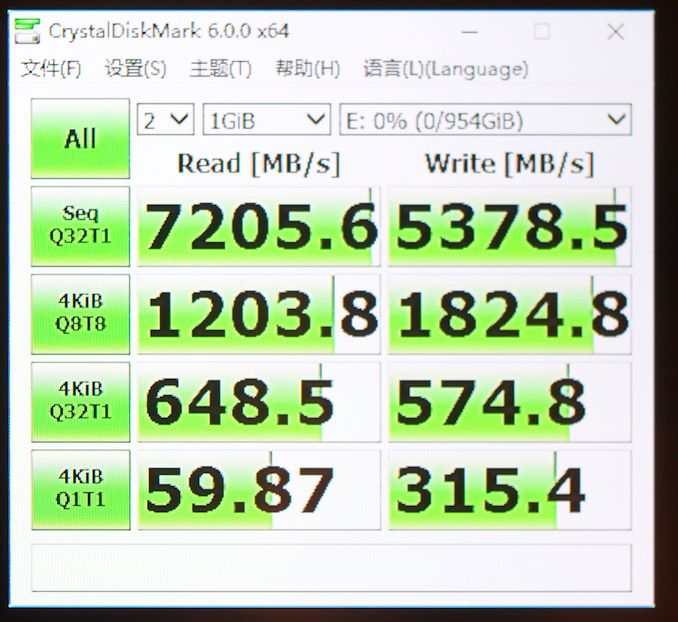 BiWin is also reportedly working with the Innogrit Rainier controller for their NW200 SSD, after previously declaring intentions to use the Tacoma controller in an enterprise drive. BiWin is the ODM behind HP branded retail SSDs, so a Rainier-based SSD may be the successor to the Silicon Motion-based EX920 and EX950 SSDs. Unfortunately, we were unable to meet with BiWin at CES 2020.

Since Innogrit as a company is so new to the SSD controller market, it's reasonable to be skeptical of their promises. (Though it's worth keeping in mind that the company was founded and led by a team of veterans from Marvell and other major players in the storage industry.) The working demos at CES 2020 of Innogrit controllers surpassing 7 GB/s show that they're clearly on the right track. Depending on when these drives hit the market and how performance changes in the meantime, they may soon be able to claim to be powering the fastest consumer SSDs. Innogrit is definitely worth keeping an eye on, and we look forward to trying out their SSDs on our benchmark testbeds.