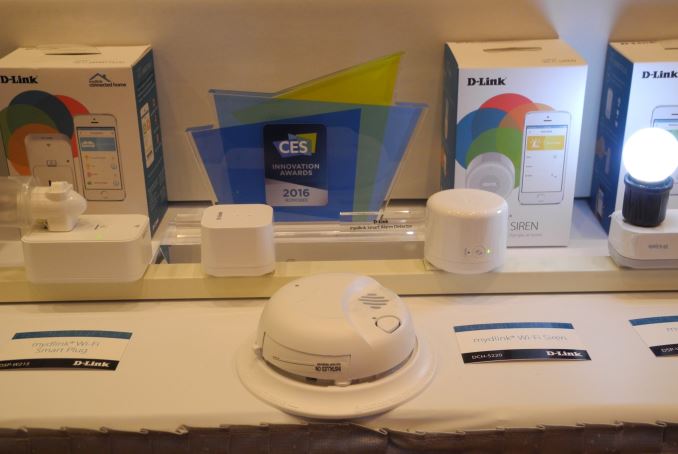 D-Link has been offering a set of home automation products with unified cloud-based control using the mydlink Home app. At CES, they announced the integration of the IFTTT (If-this-then-that) service with the app, allowing more customization in the home automation experience. It is slated to appear in the free app later this quarter. IFTTT integration has been a staple of many home automation products (including the Belkin WeMo) for some time now. So, it is good to see D-Link putting the effort to integrate with IFTTT with their own cloud back-end.

The other home automation-related announcement was a new product - a Wi-Fi based alarm detector. Simply put, this device plugs into a wall outlet and connects via Wi-Fi to the Internet. A microphone in the device is set to trigger an alarm if the sound of a smoke alarm or carbon monoxide alarm is heard. This allows legacy smoke and CO detectors to become part of the smart home - definitely more cost effective than installing completely new smoke alarms (like what Nest suggests). D-Link indicated that, in the future, it might also be able to make the microphones in their IP cameras do the same job. 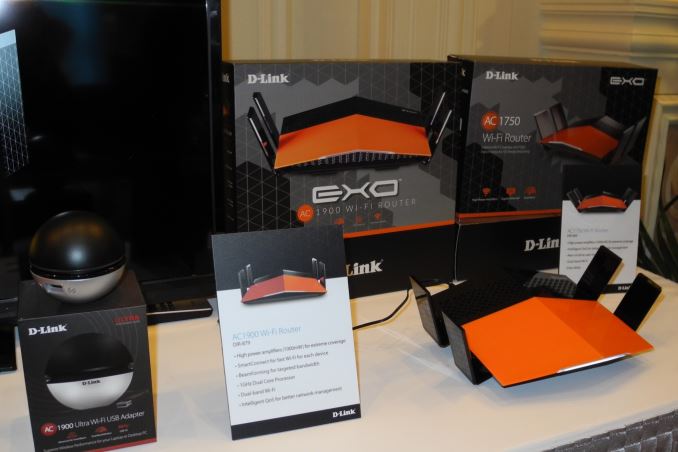 In order to achieve this lower price, D-Link has opted to not integrate a USB port on either model. Both have a hardware toggle switch to move between router and extender modes. However, the devices do have high-performance power amplifiers (1000mW). The interesting aspect here is the core platform. While vendors such as Amped Wireless have gone in for the integrated Qualcomm Atheros 2x2 solution for their $130-price point router, D-Link has moved to Realtek for the same. The SoC used is the RTL8198C with a 620 MHz MIPS-based dual-core host processor and 5 GbE ports integrated. The WLAN chips are RTL8814AR for the 5GHz radio and RTL8194AR for the 2.4GHz radio. 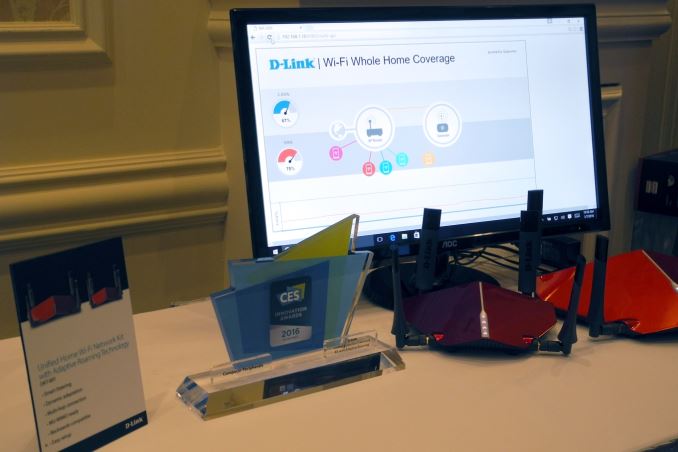 The Unified Home Wi-Fi Networking Kit with Adaptive Roaming is based on Qualcomm's Wi-Fi S.O.N technology (video). At their CES suite, D-Link demonstrated 'Smart Steering' - clients moving from the router to the extender automatically (depending on which one was providing a better signal). They also showed 'Dynamic Adaptation' - clients moving inbetween the 2.4 GHz and 5 GHz bands for load balancing purposes. All of this was done without any end-user intervention. Even though the demonstration looked market ready, it is likely that more 'interoperability' testing will be needed. Getting 'Smart Steering' and 'Dynamic Adaptation' to work across multiple client platforms will definitely be a challenge.

In addition to the above new announcements, D-Link also showed their currently-shipping Broadcom-based Ultra series of routers. the 3x3 DWA-192 USB 3.0 AC1900 WLAN adapter and some IP cameras (including the Komfy switch launched in November).