Internally, Razer outfitted the new Blade with a new CPU, GPU, and more system memory. But the chassis of the 2015 Blade has not changed at all. That is not really a bad thing though, since the Razer Blade already carried with it a fantastic CNC aluminum body. Comparisons are often made with the Retina MacBook Pro, and for good reason. Both are solid computers made of nicely crafted aluminum, and the overall dimensions of the Razer Blade are very similar to the 15 inch Retina MacBook Pro. 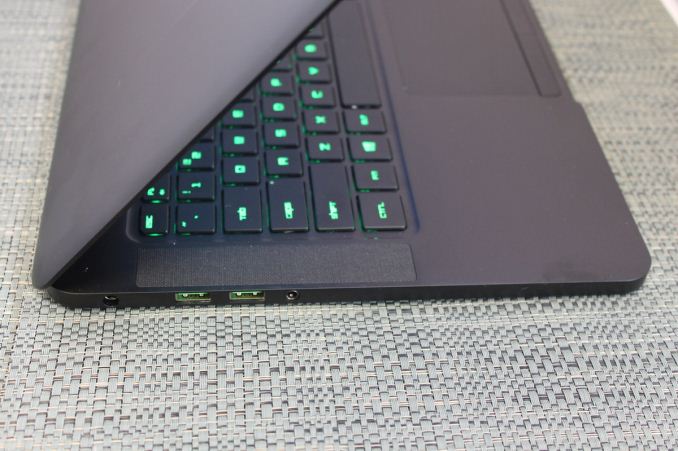 Also identical to the 2014 Blade is the matte black finish of the anodized aluminum, which feels great and resists fingerprints. The accents are all in “Razer Green” which is consistent across their product line. The USB accents, the keyboard backlighting, the power LED, and the Razer symbol on the back of the LCD are all represented in this shade.

The body of the Razer Blade is very strong, with no flexing or creaking to be had. The top of the lid keeps the two ridges running down the length of the display, which give a nice effect and likely increase rigidity. 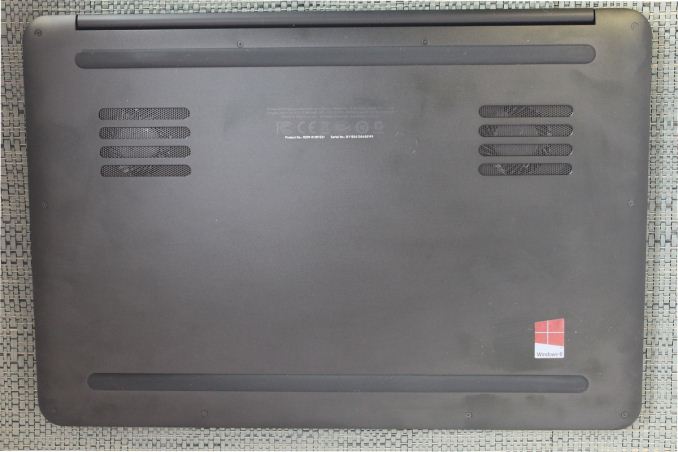 The cooling system is also similar. Underneath the Razer Blade, there are two air intakes, which cool the CPU and GPU and push the heated air out into a vent between the display and the back of the laptop. This keeps the vent hidden from view, and makes for a great looking laptop, although the hot air can heat up the top part of the keyboard when the laptop is being worked hard. 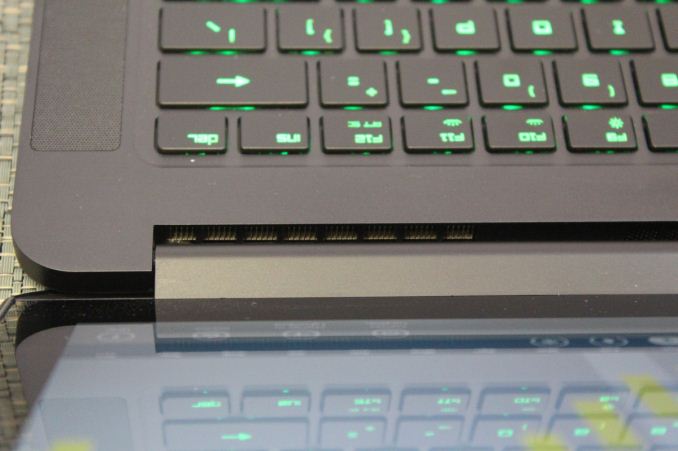 We will see how well the cooling system handles the changes later in the review. It now has an additional ten watts of power to dissipate from the new CPU, and an even more powerful GPU, albeit one that is more power efficient as well.

The keyboard is also unchanged, and while it is a great keyboard, with good key travel, and nice feel, this is one area where Razer may have a chance to allow more customization. The “Razer Green” is adjustable as far as intensity, but it would be great to allow more user customization like the Razer Chroma keyboard, or at least color adjustability by the end user. 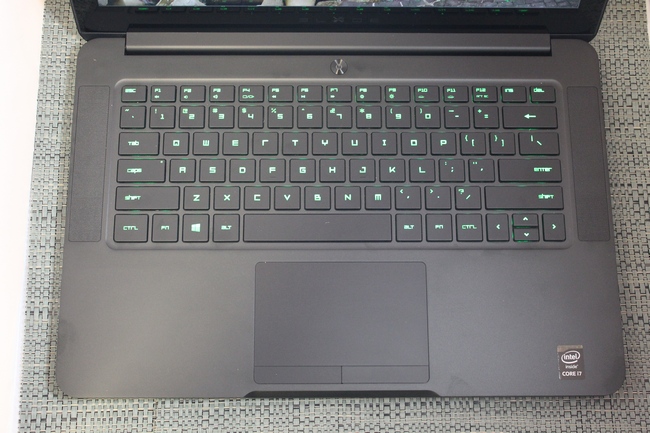 The trackpad on the Razer Blade is very large, and incredibly smooth. This is not a clickpad, and keeps the dedicated left and right click buttons under the trackpad. This is a layout that I prefer, but this is a preference and others may prefer the added real estate that a clickpad affords them. Regardless, it is a great trackpad. The smooth surface is very easy to move around on, and there were no issues that I found with two finger scrolling or other gestures. 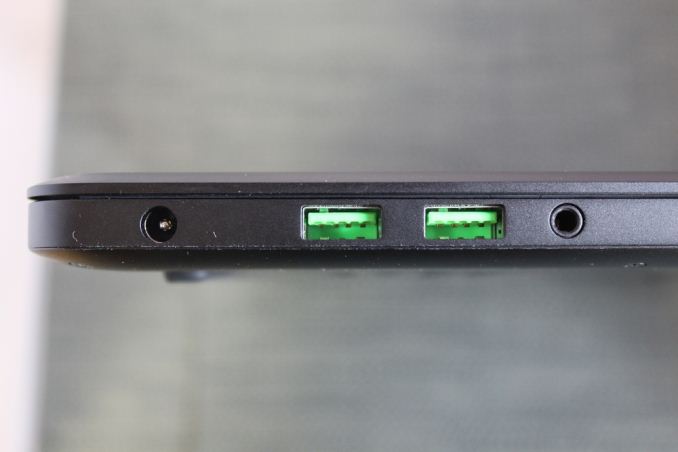 Beside the keyboard is the front facing stereo speakers, and the sides of the device carry the three USB 3.0 ports, the 3.5 mm headset jack, HDMI 1.4 port, and the Kensington lock. An SD card slot would be nice, but is still lacking on the 2015 model. Those hoping for HDMI 2.0 are out of luck. In order to enable NVIDIA Optimus graphics switching, the output actually comes from the integrated GPU. Since Haswell only supports HDMI 1.4, the Razer Blade outputs on the HDMI 1.4b spec which limits the output to 3840x2160 at 30 Hz. Razer has told me that their data shows that more people prefer HDMI at this time, so they are sticking with this over DisplayPort for the external monitor connection.

Razer latops continue the elegant look of the black anodized aluminum, with no garish extras. Though it would be nice to allow for more user customization, it is difficult to fault Razer when they have been so consistent in their styling. The green perfectly matches their other products such as mice and headsets. Though they made no changes to the design of the laptop for 2015, there was little need to, since it was already very high quality, and with great components.