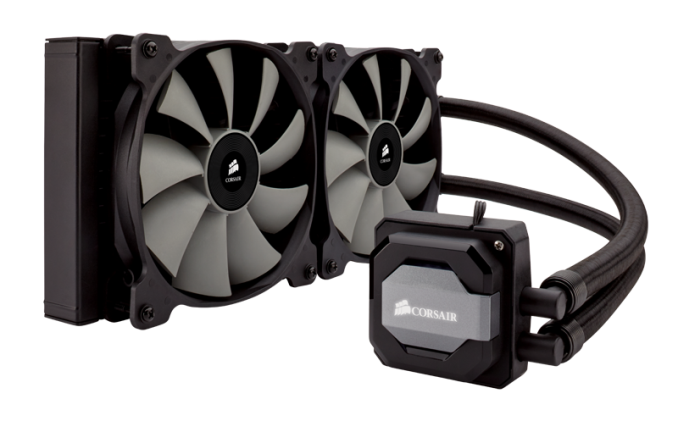 Corsair decided to up the stakes in the AIO liquid cooler market and is releasing the Hydro Series H110i GT cooler, an upgraded version of the H110 that we tested a year ago. The new H110i GT appears to be a mix of the 140mm X 280mm radiator from the H110 and the block-pump assembly from the H100i. There are aesthetic improvements as well, with logo inserts on the block and radiator, lighting of the logo on the pump and sleeved tubing. Finally, it will feature Corsair Link support and will have an MSRP of $129.99.