One of the major announcements at Computex this year was that of the Maximus VII Formula, ASUS’ ‘gaming-rather-than-overclocking’ focused member of the Republic of Gamers line-up. The additions for the new Formula will centre on the PCIe storage support that Z97 affords, as well as the iterative design of the ROG brand. The main elements that ASUS wants to promote with the new Formula include the power delivery hybrid cooling solution, the SupremeFX audio solution, the ROG Armor, TrueVolt 5V, GameFirst III and Extreme Engine DIGI+ III. 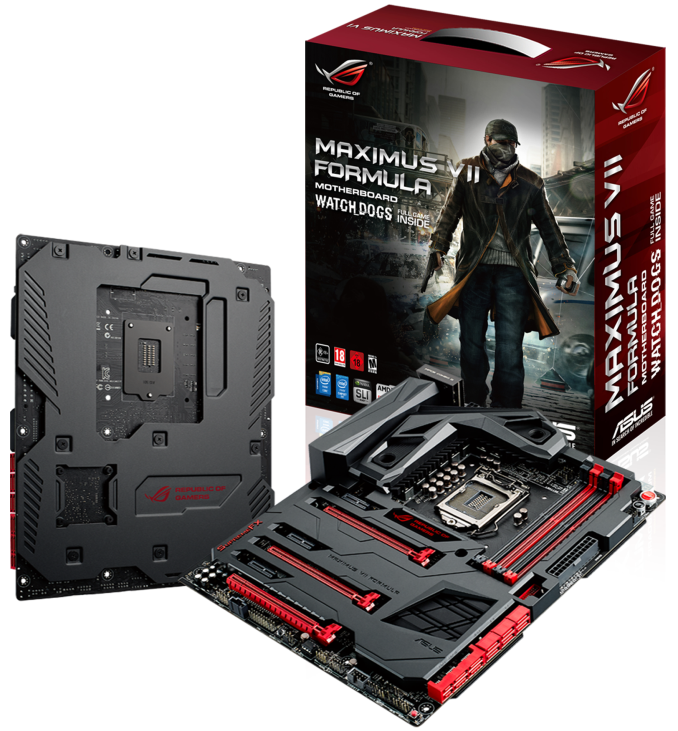 For those not familiar with the Formula, particularly from the last generation, the main visual feature is usually the ROG Armor. This is a fixed shroud on the front and back of the motherboard, with the aim to improve the rigidity of the product but also reduce dust build up on components or shorting due to errant screwdrivers. 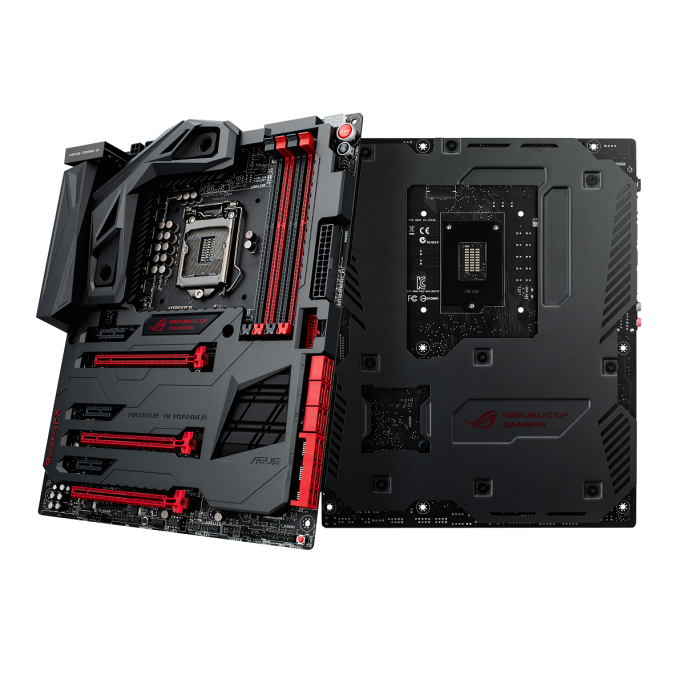 The CrossChill hybrid cooling combines air cooling with a water cooling heatsink on the power delivery. The design is based in corrosion-resistant copper, and ASUS claims that temperatures in this area of the motherboard can be reduced by up to 23ºC. The thread fittings are set at G1/4-inch and require users to use their own barbs. The chokes underneath are the 60A Blackwing chokes found on the high-end Maximus VI range, and the NexFET ICs are designed for 90% efficiency. Knowing that gamers will also want to overclock, there are also 10K black metallic caps with a 20% increase in extreme temperature endurance over that standard solution. 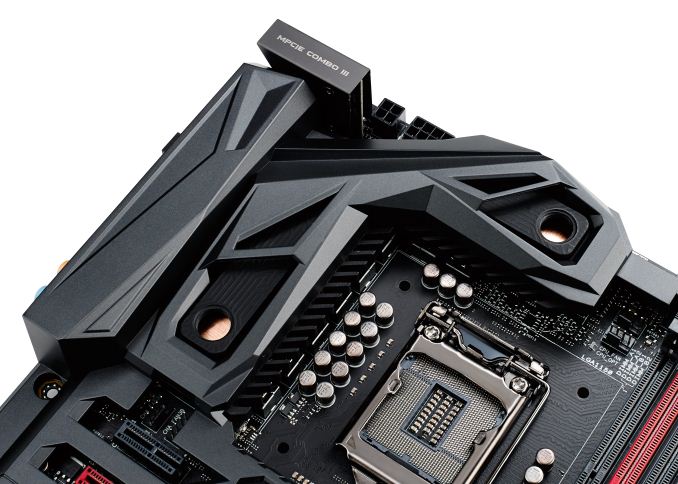 The audio solution uses many of the same elements we have come across on an enhanced ALC1150 setup – PCB separation, EM shields, filter caps and headphone amplifiers. ASUS engineer their design to also include a Cirrus Logic CS4398 DAC for the rear output and ‘Sonic SenseAmp’ technology to detect when low or high impedance headphones are used and adjust accordingly. 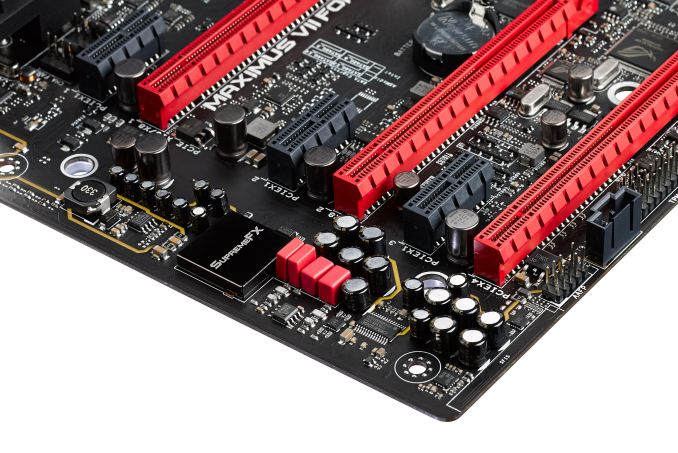 For storage, M.2 is supported via the mPCIe combo III card for the rear IO, supporting any type 2260 devices. This looks to be a PCIe 2.0 x2 solution. ASUS also includes two SATA Express ports, one powered by the PCH and the other via an ASMedia controller. Given that three PCIe storage options are present and each requires two PCIe lanes, I would imagine that the M.2 and SATAe from the PCH are shared via a switch and the second SATAe slot is shared with the PCIe 2.0 x4 slot on board or the extra USB 3.0 ports. Alongside the PCIe storage there is also ten SATA ports (four shared with SATAe), eight USB 3.0 ports and six USB 2.0 ports. 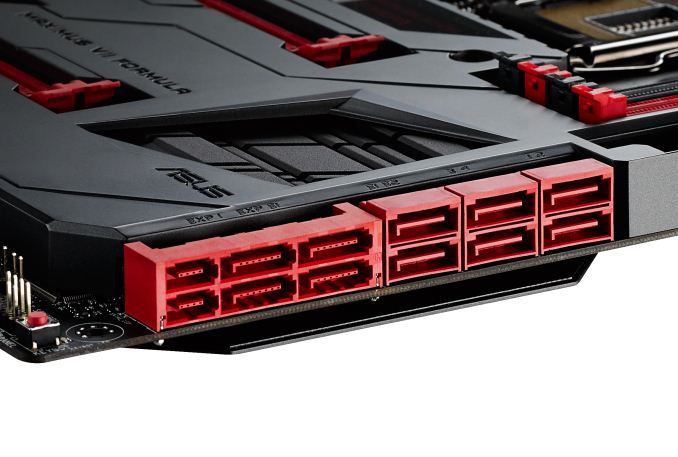 At the launch of Z97, ASUS released the Gene, Hero and Ranger, with the Formula, Impact and Extreme expected in due course. Computex saw the announcement of the Impact and the Formula, although I have a feeling that the team that design the Extreme might be focusing on X99 for now.

Initially the Formula will be available as a bundle with Watch Dogs from Newegg and Tiger Direct for $369 from next week, with a standard edition available shortly after for around $319.