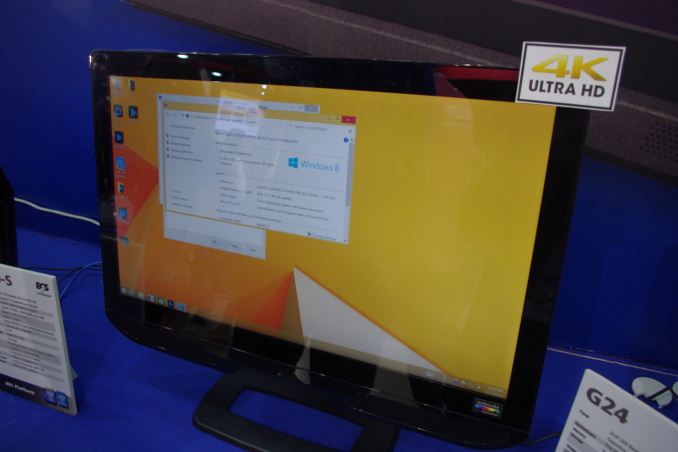 Cruising by the ECS booth this year yielded a couple of elements I was not expecting.  We have visited ECS booths in years gone by, but this time they are coming to market with a mini-ITX motherboard update.  The Z97I-Drone motherboard is designed to be a lower cost Z97-series motherboard, with five SATA ports and an M.2 slot for WiFi/Bluetooth only.  I’ll be honest – I have not seen many WiFi modules based on the M.2 standard.  There is also an Intel I218-V NIC and six USB 3.0 ports. 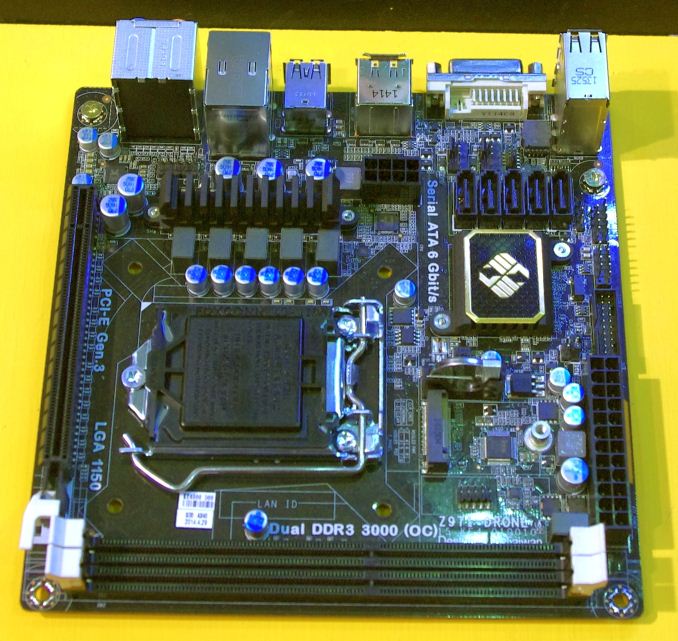 Moving around the booth I came across a 4K all-in-one.  I could not remember if I had seen a 4K AIO before without MST, but I enquired into the refresh rate, expecting it to be 30 Hz.  To my surprise, it was 60 Hz.  So this is a 24-inch, 4K, 60 Hz display, which I also found out was running an Intel i7-4790S CPU, a 3.2 GHz quad core model with hyperthreading. ECS is offering this as an OEM for anyone who wants to stick their name on it and sell it. I should have asked if the panel comes pre-calibrated, but it does come with space for two 2.5” drives or one 3.5” drive. 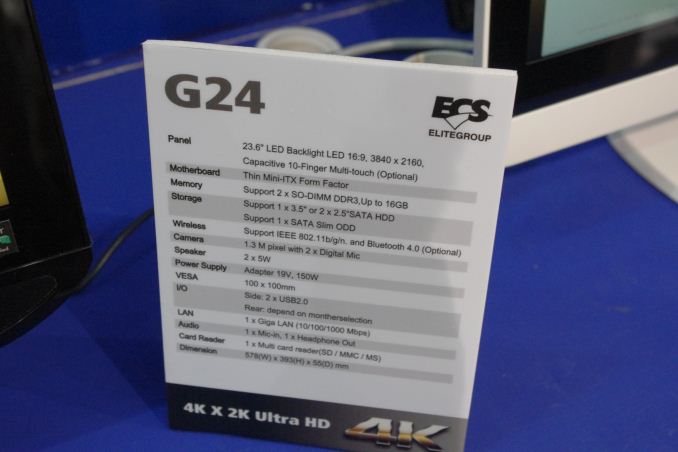