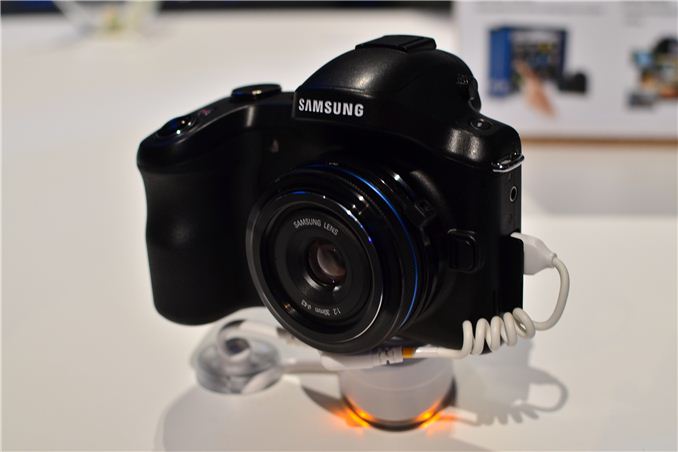 When Samsung launched the Galaxy Camera, I remember Brian telling me that it might not be the best point and shoot, but it's absolutely the directions cameras need to go in. After playing with the Galaxy Camera, I couldn't agree more. Cameras need to be connected, as sharing is such an important part of the whole point of taking photos. At tonight's Premiere 2013 event in London, Samsung unveiled its next flagship connected camera: the Galaxy NX Camera.

Internally there's a 1.6GHz quad-core SoC with a dedicated ISP. The platform runs Android 4.2.2 and supports LTE as well. 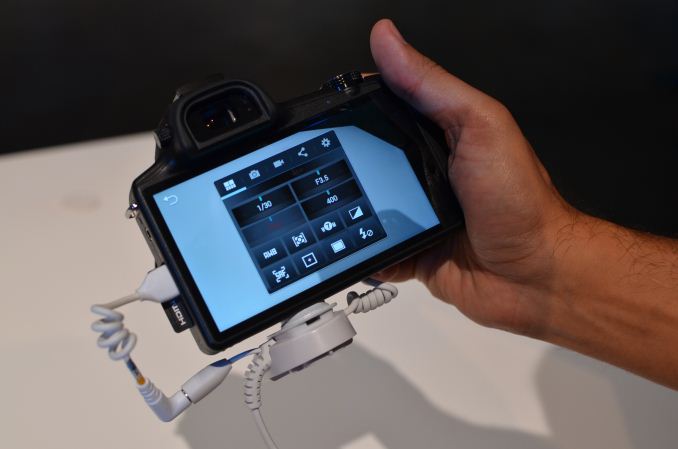 The big thing for me? We finally have an Android device that exposes full manual controls. Shutter speed, aperture and ISO are all adjustable just like on a traditional camera. While the layout took some getting used to, the frustrating lack of control from most camera experiences on Android just wasn't there. The combination of software flexibility and the ability to use good lenses will make this yet another step in the right direction. 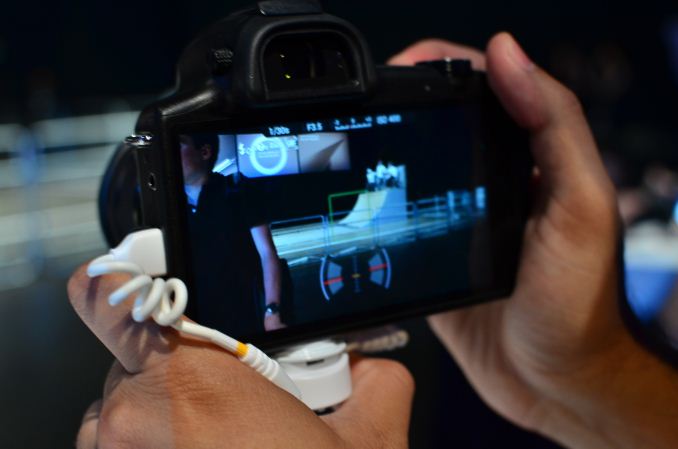 Taking photos was just as natural as on any other mirrorless camera. The 4.8" display looks good and there's even a live level indicator to help make sure your shots come out straight. Start-up/shutdown time are impacted by the simple fact that the whole thing runs Android. I can't wait to get one of these in Brian's hands to see what he thinks once review samples are available. Modern smartphones have done a tremendous job of pulling focus away from traditional PCs for mobile computing, it's very clear that the traditional camera market is set to be disrupted by these portable powerhouses even more going forward.