The ability to cram in more and more transistors in a die has made it possible to have both the CPU and GPU in the same silicon. Intel's GPUs have traditionally catered to the entry-level consumers, and have often been deemed good enough for basic HTPC use. AMD introduced their own CPU + GPU combination in the Llano series last year. While AMD does have a better GPU architecture in-house, they could not integrate their best possible GPU for fear of cannibalizing their mid-range GPU sales. The result was that Llano, while being pretty decent for HTPC use, didn't excite us enough to recommend it wholeheartedly. 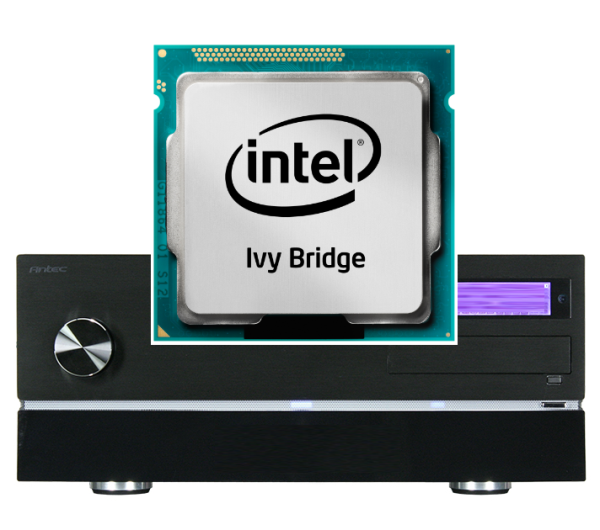 Today, Intel is taking on AMD's Llano with a revamped integrated GPU. We have traditionally not been kind to Intel in our HTPC reviews because of the lack of proper drivers and open source software support. Things took a turn for the better with Sandy Bridge. One of Intel's engineers took it upon himself to bring reliable hardware decoding support on Intel platforms with the QuickSync decoder.

As a tech journalist in the HTPC space, I spend quite a bit of time on forums such as Doom9 and AVSForum where end-users and developers interact with each other. The proactive nature of the QuickSync developer in interacting with the end-users was something sorely lacking from Intel's side previously. We have seen various driver issues getting quashed over the last few releases, thanks to the new avenue of communication between Intel and the consumers.

With Ivy Bridge, we are getting a brand new GPU with more capabilities. Given the recent driver development history, even advanced HTPC users could be pardoned for thinking that Ivy Bridge would make a discrete HTPC GPU redundant. Video post processing quality is subjective, but that shouldn't prevent us from presenting pictorial results for readers to judge. One of the most talked about issues with the Intel GPU for HTPC purposes is the lack of proper 23.976 Hz display refresh rate support. Does this get solved in Ivy Bridge?

In this review, we present our experience with Ivy Bridge as a HTPC platform using a Core i7-3770K (with Intel HD Graphics 4000). In the first section, we tabulate our testbed setup and detail the tweaks made in the course of our testing. A description of our software setup and configuration is also provided. Following this, we have the results from the HQV 2.0 benchmark and some pictorial evidence of the capabilities of the GPU drivers. A small section devoted to the custom refresh rates is followed by some decoding and rendering benchmarks. No HTPC solution is completely tested without looking at the network streaming capabilities (Adobe Flash and Microsoft Silverlight performance). In the final section, we cover miscellaneous aspects such as power consumption and then proceed to the final verdict.