To be perfectly honest, while benchmarking the Toshiba Portege Z835, I felt pretty underwhelmed. While the SSD makes day to day use feel snappy enough, this is the first time in a while that I've watched an Intel processor just slog through CPU-limited tests. The 1.4GHz nominal clock of the processor wouldn't seem so bad if it could turbo, but as a Core i3 you're basically stuck there, and no amount of Hyper-Threading really mitigates that. So while you'll see the Z835 perform reasonably well in the PCMarks, once we get to the more CPU-limited tasks you'll see it falter. 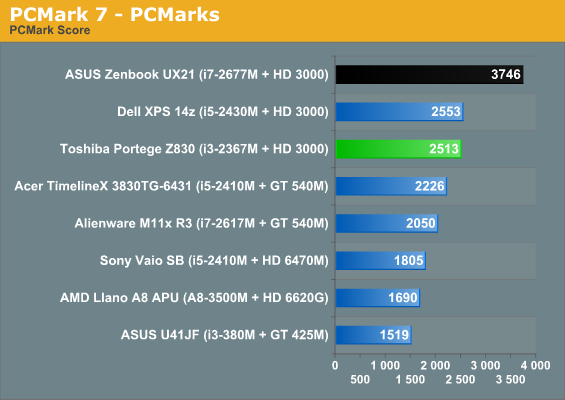 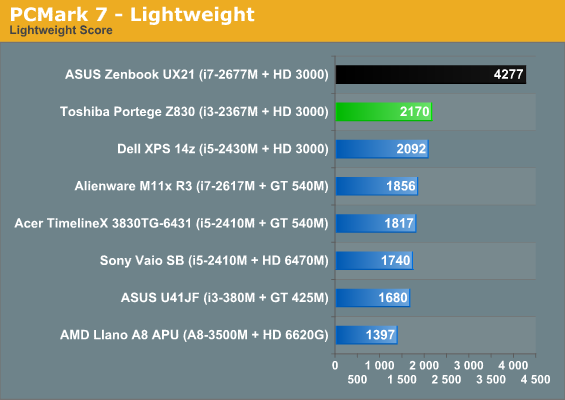 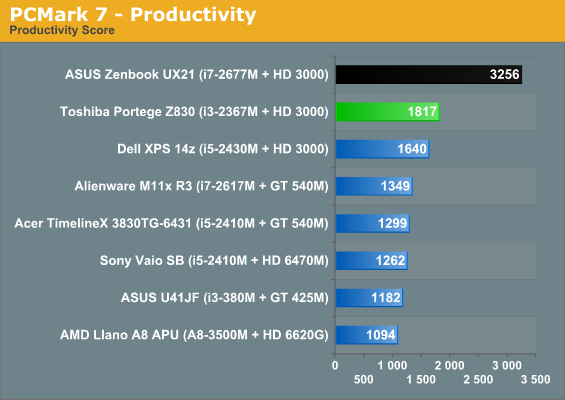 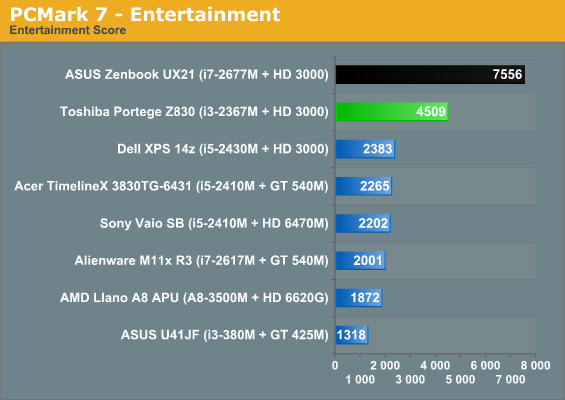 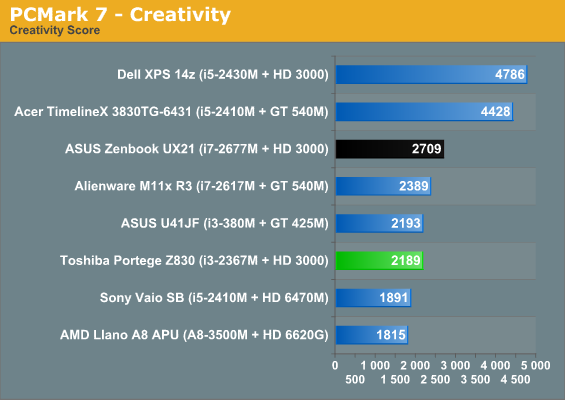 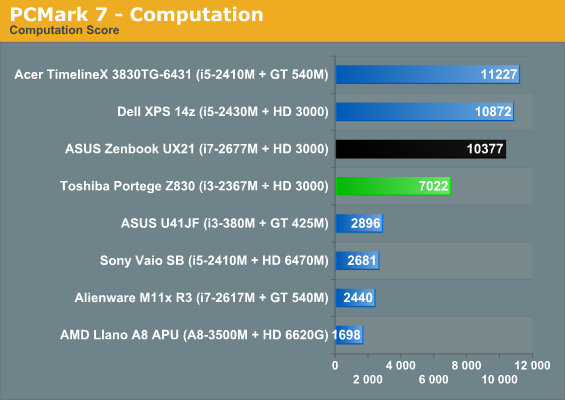 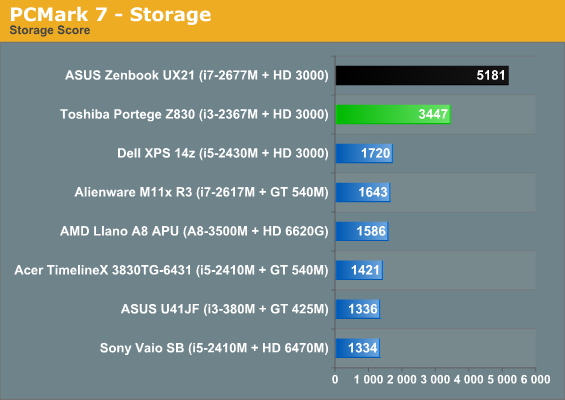 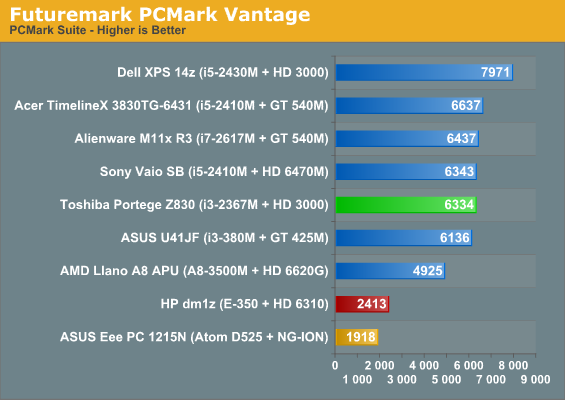 The SSD in the Z830 helps it tremendously, but the other ultrabook in our lineup, ASUS's Zenbook UX21, just spanks it relentlessly due to the faster processor. ASUS's Zenbook also benefits from a 6Gbps interface on the SSD and the hardware to use it; even though the Zenbooks use different SSDs, both of them are easily two to three times faster than the one included in the Z830. While it's a notable improvement over a mechanical drive, there's no denying the Z830's SSD is pokey compared to the competition.

You'll notice that the Z830 seems to do well in PCMark Vantage, though, but that's not the whole story. SSDs have a tendency to grossly inflate these scores, so it's telling that the massive inflation from the Z830's SSD only brings its PCMark Vantage score in line with normal notebooks. 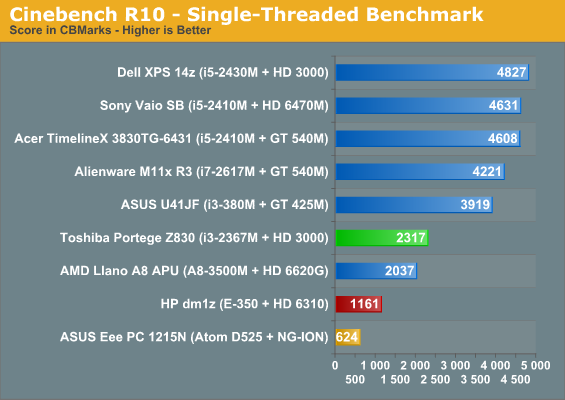 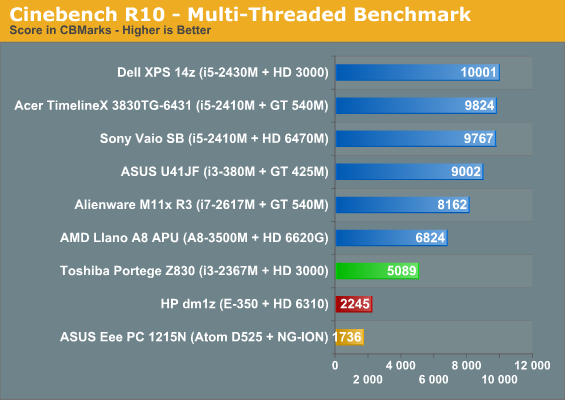 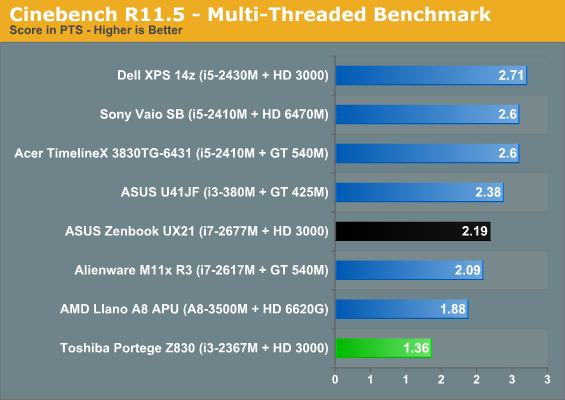 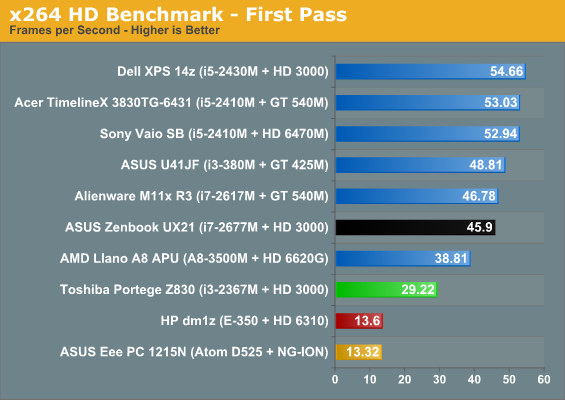 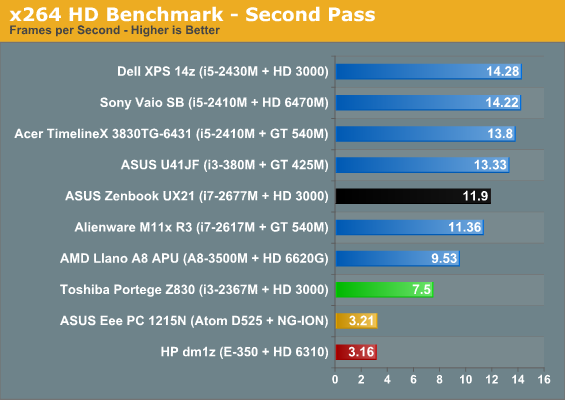 While the Portege Z830's i3 runs wild on the netbook CPUs (proving there's still a substantial gap in performance there), it gets absolutely murdered by everything else. Even the fairly anemic Husky cores in the Llano A8 run roughshod over the 1.4GHz i3. The loss of turbo severely curtails the i3. 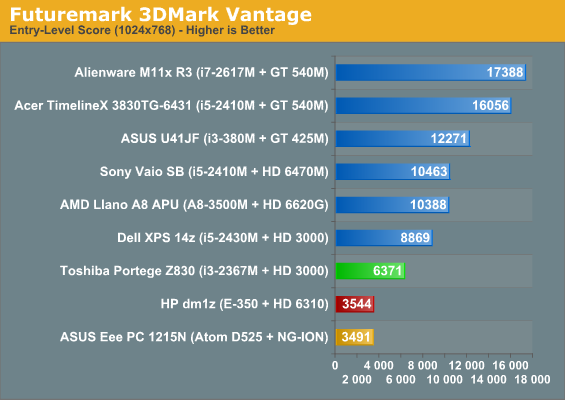 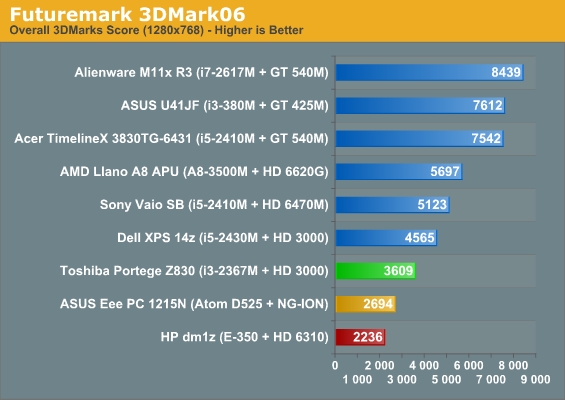 If you weren't clear on all the gaming you're not supposed to do on the Portege Z830, 3DMark should seal the deal. While Intel is generous enough to include the superior HD 3000 graphics in the i3-2367M, it's still inadequate for gaming at anything above minimum detail: processor power is just barely there, and the HD 3000 remains a ways behind even low-end dedicated options as a result.