Given the lack of discrete graphics in our test sample, we’re going to skip any gaming benchmarks for now. We hope to have the 14z with GeForce GT 520M in for testing in the near future, and we’ll revisit the topic of graphics performance then, but for now we’ll simply refer to the ASUS K53E review as a look at how HD 3000 handles gaming. The i5-2430M GPU is clocked slightly lower than the i5-2520M, but either way you’re going to want to stick with low detail settings for most titles. Application performance is also pretty much known; the i5-2430M should outperform the i5-2410M by a small margin, but without an SSD general performance won’t be as snappy as something like the ASUS UX21. 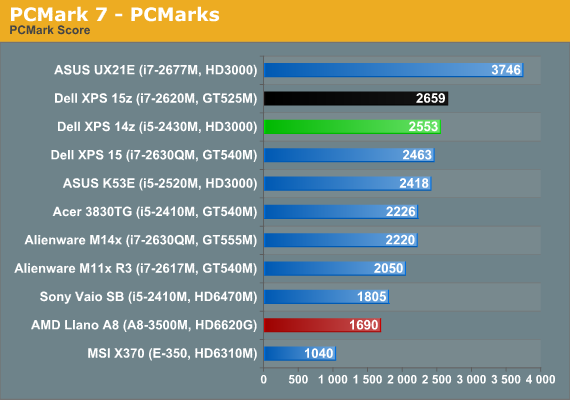 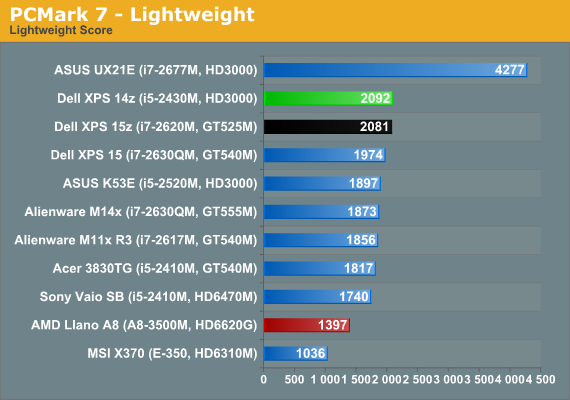 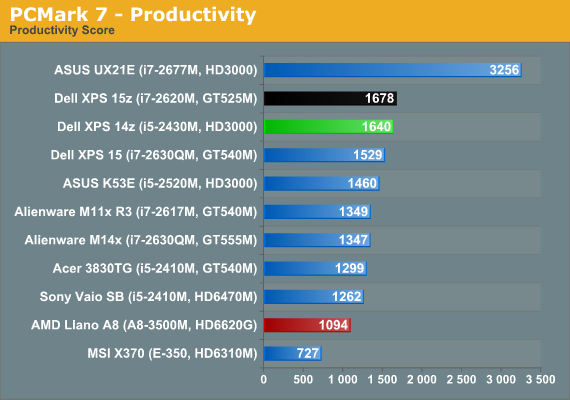 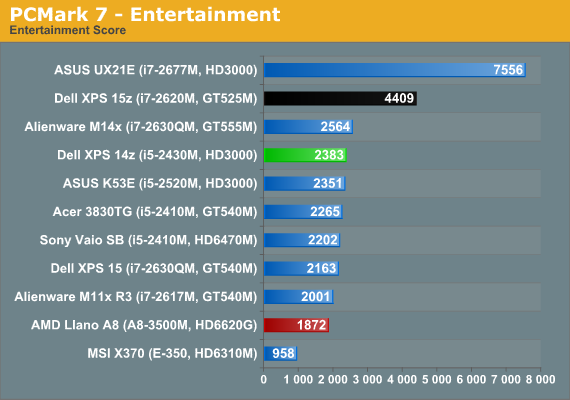 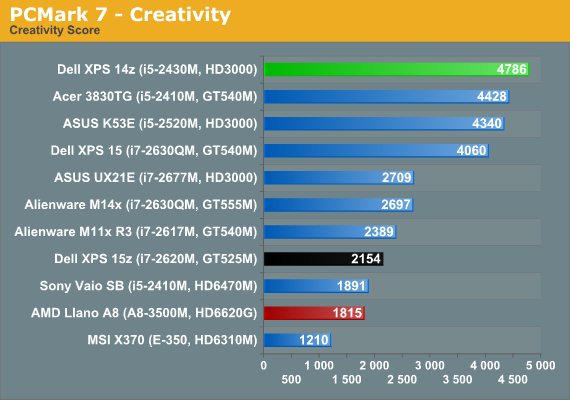 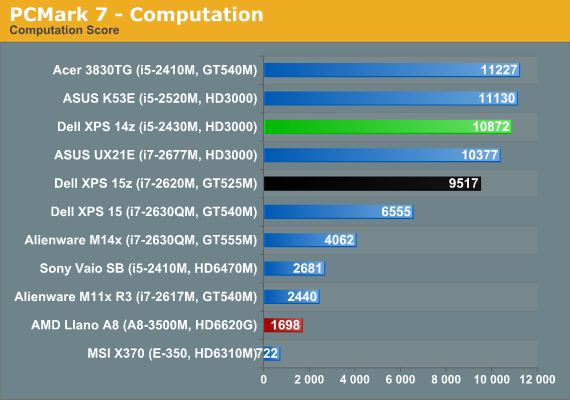 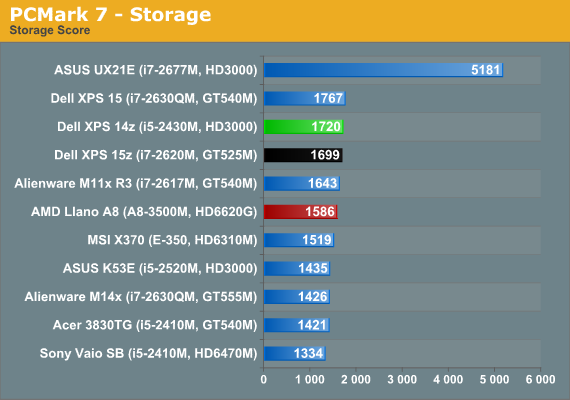 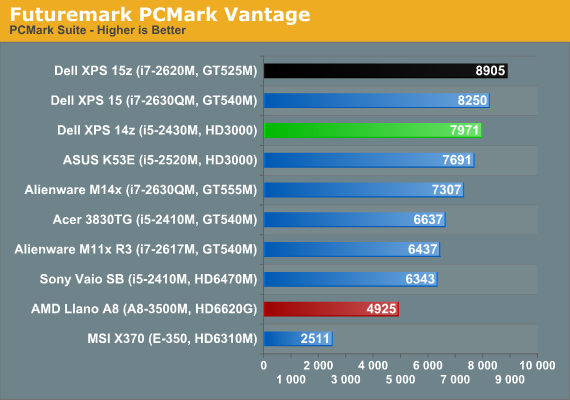 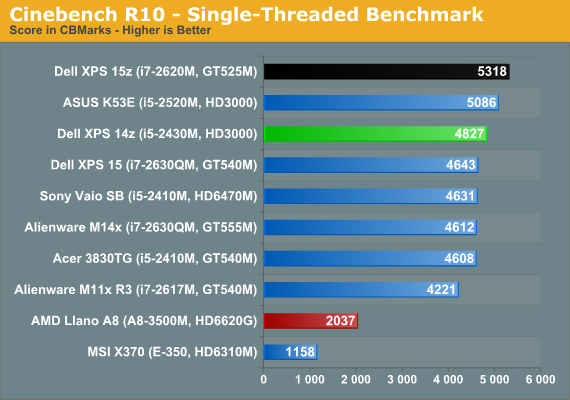 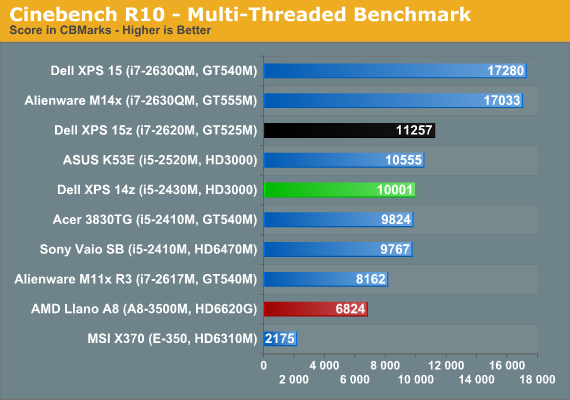 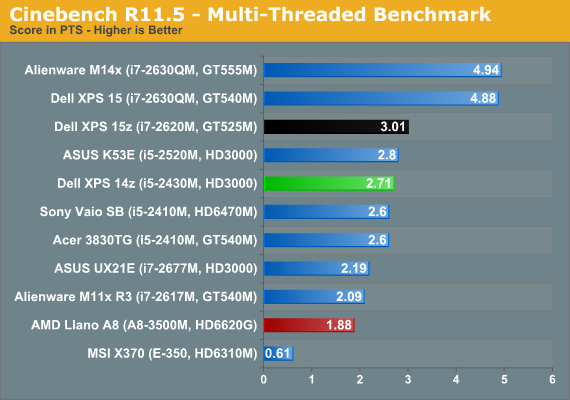 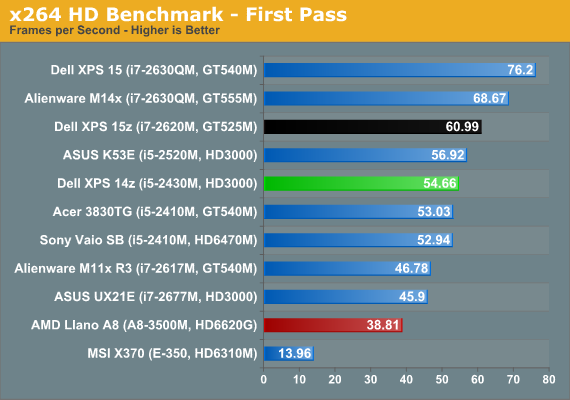 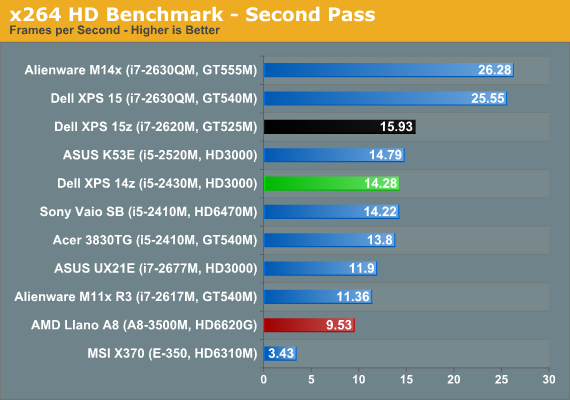 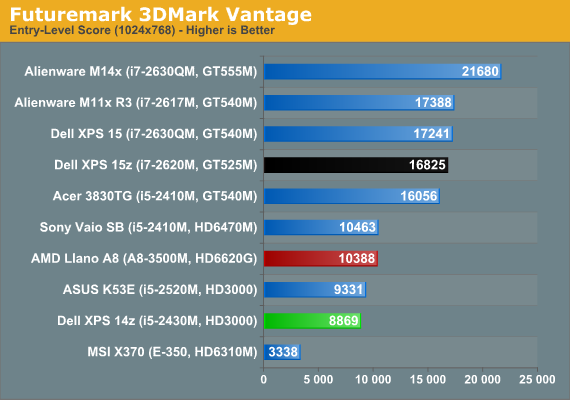 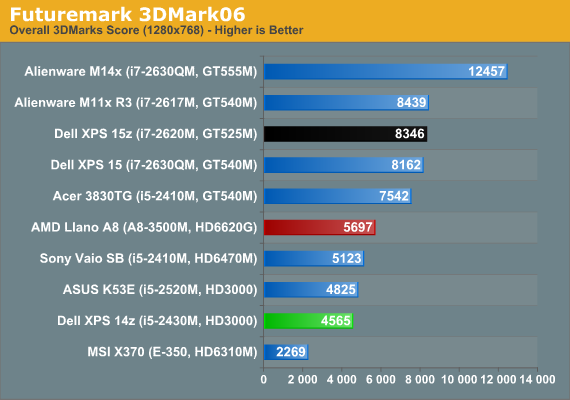 There’s not much to point out here that we haven’t covered numerous times already. The XPS 14z performs right where you’d expect, given the components. An SSD in place of the HDD would certainly boost the PCMark scores, but otherwise general performance is fine. 3DMark gives us a quick look at what we can expect from the HD 3000 graphics, and the scores are slightly lower than the higher clocked IGP in the K53E.