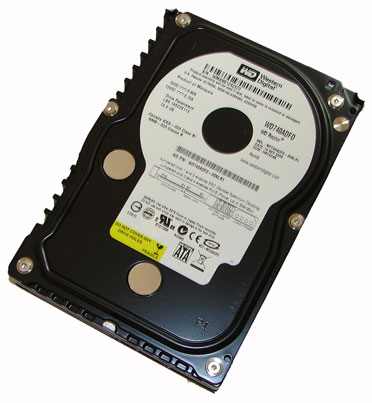 The external design of the Western Digital Raptor series is the same as the majority of their SE16 and RE2 offerings. The familiar all black casing gives the drive a Darth Vader presence in the system as does its performance. The drive is based on the industry standard 3.5" form factor platform with pertinent part number and warranty information embossed on a white sticker on the top of the casing. 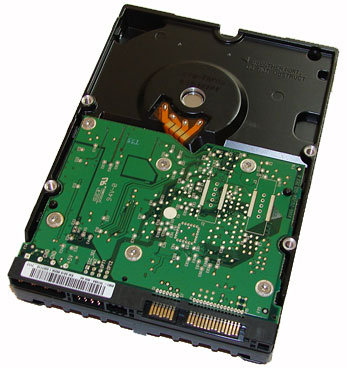 
The Western Digital WD740ADFD drive we are reviewing today will be compared directly against the WD1500ADFD and WD740GD-00FLC0 drive in our limited benchmark test suite. We have also included the results of drives from our previous articles and will provide additional reviews of drives up to 500GB capacity ranges in the near future. The Western Digital Raptor drives ship with a five year warranty.


Our current test bed reflects changes in the marketplace over the past six months. Based upon the continuing proliferation of dual core processors and future roadmaps from AMD and Intel signifying the end of the single core processor on the desktop in the near future, we settled on an AMD Opteron 170. This change will also allow us to expand our real world multitasking benchmarks in the near future while providing a stable platform for the next six months. We are currently conducting preliminary benchmark testing under Vista with both 2GB and 4GB memory configurations. We will switch to Vista once the driver situation matures and our benchmark results are repeatable.