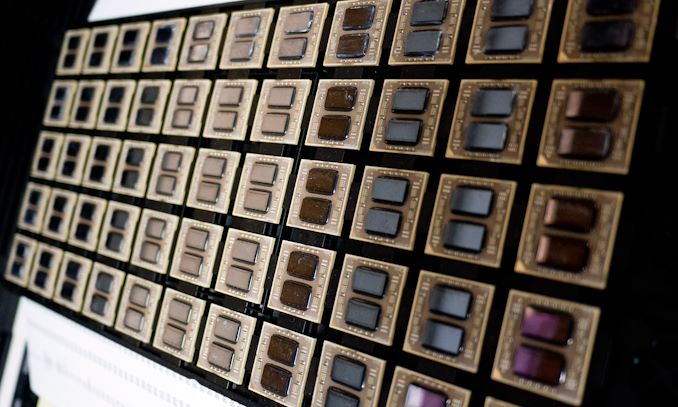 As part of their third quarter earnings release, VIA Technologies has announced this morning that the company is entering into an unusual agreement with Intel to offload parts of VIA’s x86 R&D subsidiary, Centaur Technology. Under the terms of the murky deal, Intel will be paying Centaur $125 million to pick up part of the engineering staff – or, as the announcement from VIA more peculiarly puts it “recruit some of Centaur's employees to join Intel,” Despite the hefty 9-digit price tag, the deal makes no mention of Centaur’s business, designs, or patents, nor has an expected closing date been announced.

A subsidiary of VIA since 1999, the Austin-based Centaur is responsible for developing x86 core designs for other parts of VIA, as well as developing their own ancillary IP such as deep learning accelerators. Via Centaur, VIA Technologies is the largely aloof third member of the x86 triumvirate, joining Intel and AMD as the three x86 license holders. Centaur’s designs have never seen widescale adoption to the extent that AMD or Intel’s have, but the company has remained a presence in the x86 market since the 90s, spending the vast majority of that time under VIA.

Centaur’s most recent development was the CNS x86 core, which the company announced in late 2019. Aimed at server-class workloads, the processor design is said to offer Haswell-like general CPU performance, which is combined with AVX-512 support (executed over 2 rounds via a 256-bit SIMD). CNS, in turn, would be combined into a product Centaur called CHA, which added fabric and I/O, as well as an integrated proprietary deep learning accelerator. The first silicon based on CHA was originally expected in the second half of 2020, but at this point we haven’t heard anything (though that’s not unusual for VIA).

As for the deal at hand, VIA’s announcement leaves more questions than answers. The official announcement from VIA comes with very few details other than the price tag and the information that Intel is essentially paying Centaur for the right to try to recruit staff members to join Intel. Despite being the buyer in this deal – and buyers typically being the ones to announce acquisitions – Intel has not said anything about the deal from their end.

We’ve reached out to both Intel and Centaur for more information, but we’re not expecting to hear from them until later this morning given the significant time zone gap between Taiwan and the US. Update: We've since heard from both Intel and Centaur. Intel is confirming the deal, but without providing additional details. Meanwhile Centaur has no comment.

In the meantime, local media reports are equally as puzzling, as language barriers aside, apparently even the local press isn’t being given much in the way of concrete details. None the less, local media such as United Daily News is reporting that the Intel deal is indeed not a wholesale sale of Centaur’s team, and that VIA is retaining the Centaur business. So what Intel is getting out of this that’s worth $125 million is, for the moment, a mystery.

Adding an extra wrinkle to matters, the Centaur website has been partially scrubbed. Active as recently as the end of last week, the site’s contents have been replaced with an “under construction” message. In which case it would seem that, even if VIA is retaining Centaur and its IP, the company no longer has a need for a public face for the group.

Meanwhile, given the overall lack of details, news of the acquisition raises a number of questions about the future of VIA’s x86 efforts, as well as just what Intel is getting out of this. If VIA isn’t selling the Centaur business, then does that mean they’re retaining their x86 license? And if Intel isn’t getting any IP, then what do they need with Centaur’s engineering staff? Does Intel want to make their own take on the CNS x86 core?

Overall, it’s not too surprising to see Intel make a play for the far-flung third member of the x86 ecosystem, especially as the combination of AMD and Arm-based processors is proving to be stiff competition for Intel, dampening the need for a third x86 vendor. Still, this isn’t what we envisioned for Intel buying out Centaur.

As always, we’ll have more details on this bizarre story as they become available.