Colorful has unveiled two new motherboards designed for Intel Rocket Lake and Comet Lake processors. The CVN B560I Gaming V20 and CVN B560I Gaming Frozen are based on the Mini-ITX form factor, and both share the same feature set; the only difference is in the aesthetics. The most prominent features include one PCIe 4.0 x4 M.2 slot, four SATA ports, and a Gigabit Ethernet controller.

Designed around the budget-friendly Intel B560 chipset for 11th and 10th generation Intel desktop processors, both the Colorful CVN B560I Gaming V20 and Frozen models include an unspecified 8-phase power delivery (6+2), with one 8-pin 12 V ATX CPU power input and a 24-pin 12 V ATX motherboard inputs. On the right-hand side of the board are a pair of memory slots with support for up to DDR4-4266 and can accommodate up to 64 GB. 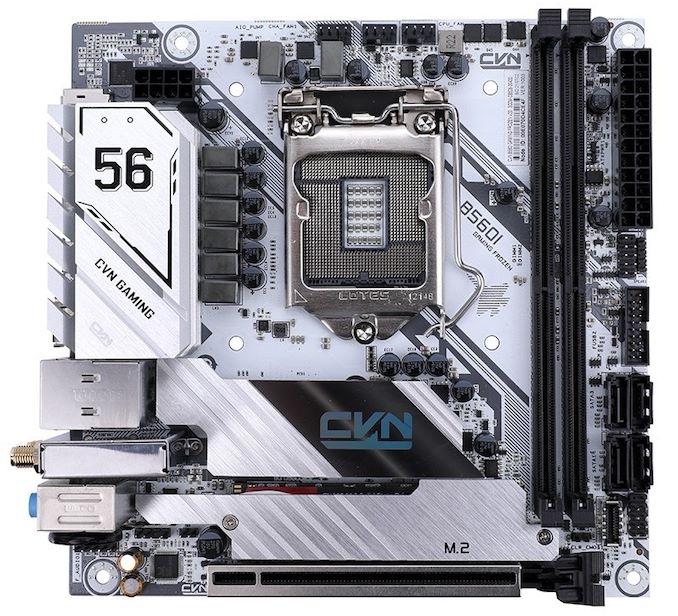 At the time of writing, Colorful hasn't divulged its controller set, but we know it has one PCIe 4.0 x4 M.2 slot and one full-length PCIe 4.0 x16 slot along the bottom of the board. For cooling, both boards include three 4-pin fan headers with four straight-angled SATA ports, which can be found on the right-hand side of the PCB. The only difference between both models is that the Frozen variant has a white PCB, and the V20 uses a black PCB. This gives users the option to find a solution to fit their systems aesthetic; However, Colorful doesn't specify if either model includes integrated RGB LED lighting. We would assume neither does based on the images.