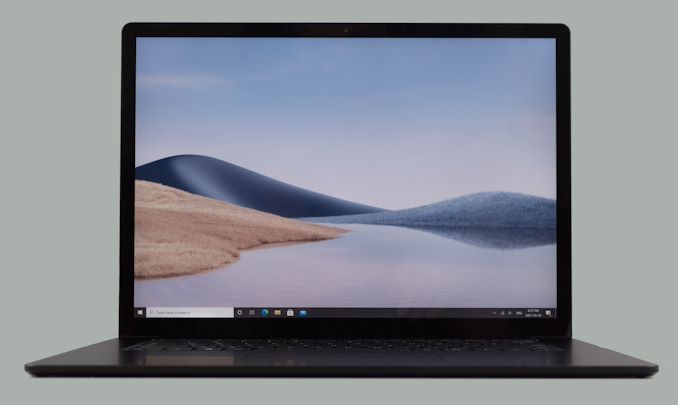 Today, we are looking at the latest generation Surface Laptop 4 to see how the changes under the hood impact the experience of Microsoft’s thin and light clamshell laptop design. 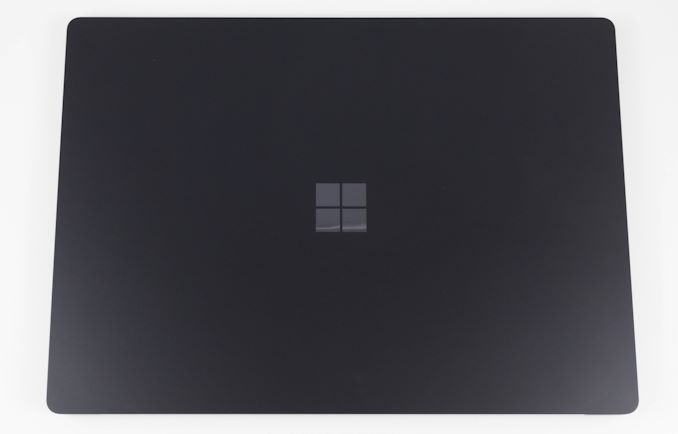 Compared to other popular laptop lineups, the major points of differentiation with the original Surface Laptop were the inclusion of an Alcantara keyboard deck, and a 3:2 aspect ratio display. While neither of those choices were revolutionary, Microsoft’s decisions have, in fact, moved the industry forward. We are seeing many more devices being offered with taller displays, either 3:2 or 16:10, and although the Alcantara keyboard deck has not been replicated by other manufacturers, devices like the all-leather HP Spectre Folio is certainly another device attempting to try a material other than metal to provide a premium laptop feel. And of course, Microsoft hasn't stopped there, and has continued iterating on the Surface Laptop family through now what is several generations.

That brings us to the latest edition of the Surface Laptop, the aptly named Surface Laptop 4. Following their previous decision with the Surface Laptop 3 to source CPUs from both Intel and AMD for their laptops, Microsoft has opted to do the same once more. So depending on which version a given laptop is, it might contain either an AMD Ryzen 4000 "Renoir" APU or an Intel "Tiger Lake" 11th gen Core CPU. This kind of diversification means that the two laptop lines are quite different at times – Intel tops out at half as many CPU cores as AMD, for example – but for Microsoft it gives them a lot of options for performance and pricing, and of course it doesn't leave them beholden to any one CPU vendor.

For today's review, Microsoft has sent over the AMD-powered version of the 15-inch Surface Laptop 4. Compared to last year's AMD-powered 15-inch Surface Laptop 3, it's a big step up in a few regards. The switch to Ryzen 4000 mobile APUs brings with it some significant power savings, not to mention a potentially sizable performance boost thanks to the Zen 2 CPU architecture and doubling the total CPU core count from 4 to 8. Even annoying little discrepancies, such as the AMD model only shipping Wi-Fi 5 have been taken care of this time around, and now all models ship with Wi-Fi 6.

And although the Surface Laptop 4 refresh is only a refresh of the internals, that is the one area where the Surface Laptop 3 needed the most help, and the Surface Laptop 4 includes most of what you would expect in a new device for 2021. Storage is all user-replaceable now, with up to 1 TB M.2, whereas Surface leveraged soldered BGA storage for several of the last generations. Memory is up to 32 GB, although strangely only on the Intel-powered devices. Microsoft continues to include a USB Type-A port, along with a USB Type-C, and the Surface Connect port. The Surface team continues to avoid Thunderbolt 4, for reasons that make little sense, but at least they have started to include the Type-C port. 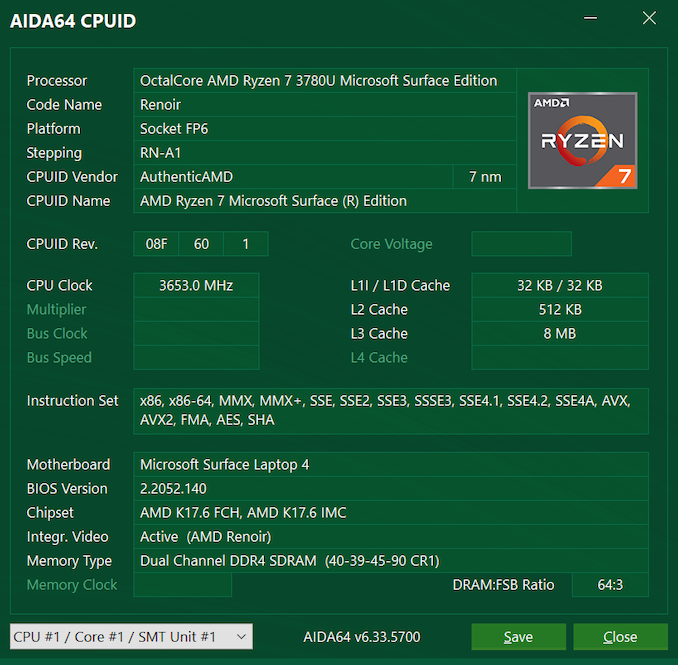 Otherwise, like last year's models, the choice of Intel or AMD still comes with some interesting tradeoffs. For the 15-inch laptops, the Ryzen 7 SKUs are the de facto budget option once again, with our $1699 review laptop coming in at $100 cheaper than the equivalent Intel option. This is despite the 8 vs. 4 CPU core advantage, which means the "budget" AMD option packs a lot more CPU processing power, at least on paper. Though the entire matter is somewhat moot at this second, since Microsoft is completely sold out of 15-inch Intel models.

The Intel models do have something else going for them, however, and that's the sheer age of the platform. Tiger Lake is essentially a generation newer than Renoir, despite the fact that both are going into the latest Surface Laptop. So this means that they not only ship with Intel's latest Willow Cove CPU architecture, but the latest-generation Xe-LP graphics as well. And though the benefits of these vary with the workload, it definitely keeps Intel more competitive than an otherwise high-level look at the specs would tell you.

Microsoft, more than any other device manufacturer, tends to update products on their own schedule, rather than trying to synchronize with the annual processor updates from both Intel and AMD. And while this offers some advantages, it also means that the long-delay between updates can render a good product difficult to recommend for a large part of its shelf life. This is something that hampered the Surface Laptop 3 – where Microsoft launched the Ryzen 3000 "Picasso" based device mere months before AMD launched their long-awaited next-generation “Renoir” APUs. And thus the AMD-powered Surface Laptop 3 quickly found itself rendered uncompetitive with newer AMD laptops.

This is risk that, unfortunately, is even more present for the Surface Pro 4. Microsoft is just now shipping Ryzen 4000, all the while AMD has already shipped products with the new 5th generation "Cezanne" APU, featuring the latest Zen 3 cores. So like the Surface Laptop 3 before it, the Surface Laptop 4 is starting its life with some questionable choices on the AMD front.

The good news, at least, for Surface fans looking for an AMD powered notebook is that none of this takes away from what the now last-generation Renoir can do. AMD’s Renoir platform was the star of 2020, fixing the power draw issues of Picasso, as well as making the previously-mentioned core count increase. AMD’s Vega GPU is also quite strong – enough so that AMD has chosen to continue using it with Cezanne. So, while it is disappointing to see a newly launched laptop in 2021 feature the last-generation AMD processor, the AMD Ryzen 4000 is still a strong choice, especially as the step between Ryzen 4000 and Ryzen 5000 is a relatively small one.