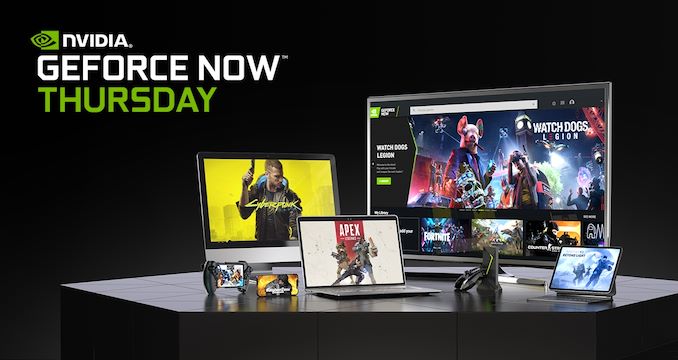 Just over a year ago, NVIDIA finally brought GeForce NOW, its PC game streaming service, out of beta. The commercial launch of the service saw the introduction of two tiers: a feature and time-limited free tier, and a paid Founders tier that offered a full set of features (including RTX) and priority access. Now as the company is in its second year of operating the commercial service, today NVIDIA is raising the price for GeForce NOW paid subscriptions, essentially doubling them to $10/month (or $100/year) for new members.

Officially, what NVIDIA is doing today with its subscription plans is two-fold. First, the Founders plans, which were advertised as a limited-time offer from the very beginning, are finally being retired and will no longer be offered to new customers. In their place the company is launching a new set of “Priority” memberships, which are otherwise identical to the old Founders plans, offering the same features and priority access.

The only meaningful change, other than the name on the plan, will be the price. Whereas the Founders plans were $5 a month or $25 for a six-month subscription, GeForce NOW Priority subscriptions will be sold on a monthly or yearly basis. Monthly plans are now $10 per month (or more specifically, $9.99), while yearly plans are $100 ($99.99). 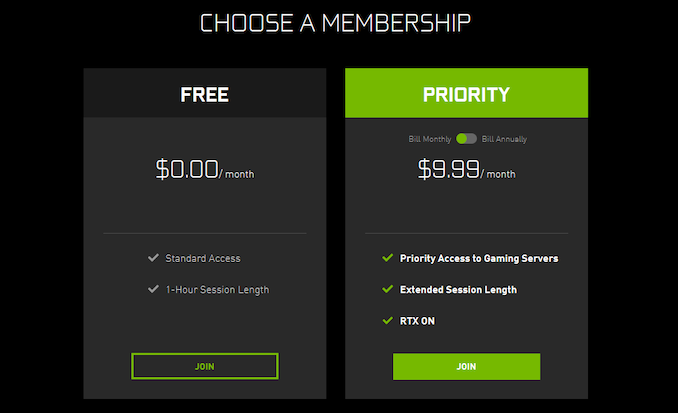 With that said, as a thank you to their Founders members – and no doubt mindful of the negative public reaction to price hikes – NVIDIA is also grandfathering in the old Founders rate for existing customers under what they are calling their “Founders for Life” benefit. This means that while new customers will have to pay the new, higher prices, existing customers will have their old prices locked in so long as they remain in what NVIDIA calls “good standing.” Which for all practical purposes works out to a 50% discount on the service for existing members.

Past that, NVIDIA’s blog post announcing the price increase doesn’t go in to any detail on explaining the reason for the increase. But it’s not terribly surprising to see NVIDIA raising prices; even without the explicit limited-time nature of the founders packages, $5/month was probably not covering all of NVIDIA’s costs, especially as evidenced by the price of comparable high-end instances from the major cloud service providers. If nothing else, this is a sign that NVIDIA is finally looking to make a real profit from the service, rather than just trying to cover costs.

Overall, NVIDIA seems rather bullish on the future of their unique cloud gaming service, even with the licensing-related teething issues over the past year and the hit to demand that will no doubt come from a price hike. According to the company they’re continuing to add capacity to the service, including spinning up a data center in Montreal later this year. Similarly, the company is continuing to expand its GeForce NOW Alliance partnerships for other countries, further increasing the number of countries that have local GeForce NOW servers.

Finally, while today’s news is largely focused on the business-side of the service, NVIDIA does mention that an upcoming update to the service is going to address refresh rate synchronization. With the 2.0.28 update, the server-side refresh rate will be set to match the client-side refresh rate in order to account for the existence of both 60Hz displays and 59.94Hz displays. This small variance in refresh rates is not an issue with games locally, but similar to streaming video, it can be a problem with cloud gaming as a mis-match would lead to judder and the occasional dropped frame.