Performance, Efficiency, and a Raytracing Teaser

Overall, today’s announcement of the B-Series has been actually quite exciting. Although the actual GPU microarchitecture has seen only somewhat minor advancements compared to last year’s A-Series, Imagination’s take on multi-GPU is quite innovative and unlike what we’ve seen in past multi-GPU attempts.

The new “pull” decentralised GPU design is certainly something that offers tremendous flexibility. It won’t be something that has absolutely perfect scaling, as there might be some edge-cases where things might get bottlenecked, however Imagination expects extremely good scaling on average. 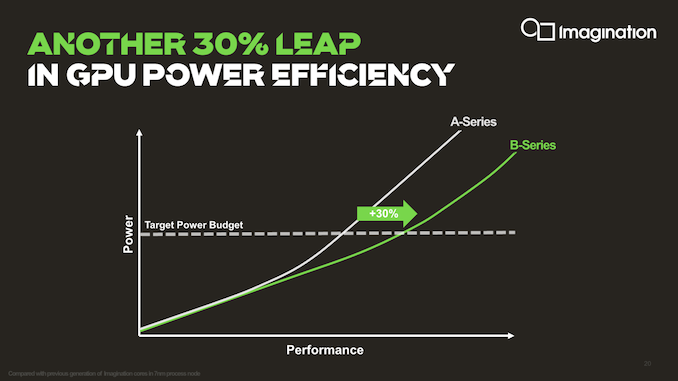 The B-Series’ roadmapped +30% performance improvement is said to have been achieved through both microarchitectural and physical design improvements (around 15%), with the rest being achieved through the PPA advantage of choosing a multi-core GPU configuration. 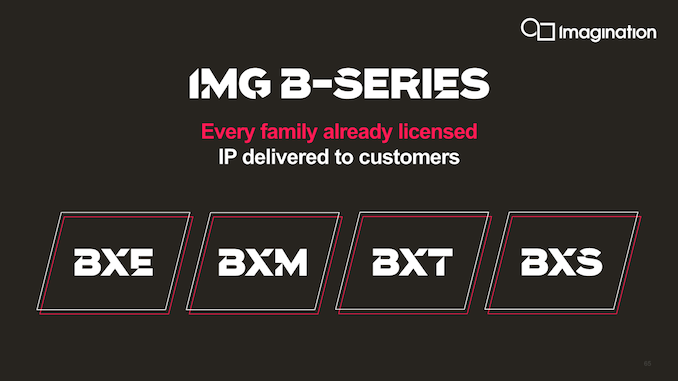 Probably what’s more important than the GPU IP itself, is that Imagination says they have actually licensed out and delivered the IP customers already – which is a contrast to past generation Imagination GPU IP announcements where things were publicised ahead of not only the IP being delivered, but ahead of it even being completed.

We still haven not seen or heard of any A-Series design wins, so we do hope there will be more news on that in regards to the B-Series.

Industry sources say that the major demand-driver for Imagination GPU IP right now is the high-performance GPU market in China, where there’s apparently a major hunger and need for domestic designs that are disconnected from US suppliers such as AMD and Nvidia. 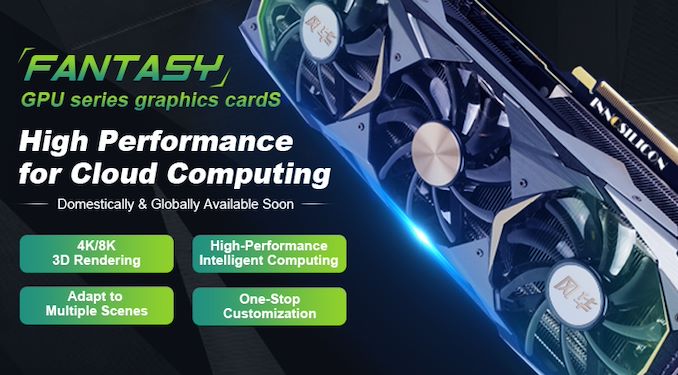 “Imagination’s BXT multi-core GPU IP delivers the level of performance and power efficiency we had been looking for. Innosilicon has a solid track record in delivering first class high-speed and high-bandwidth computing solutions in advanced FinFET process nodes. Building on this success and strong customer demand, we are announcing our upcoming product which is a standalone high-performance 4K/8K PCI-E Gen4 GPU card, set to hit the market very soon, that will power 5G cloud gaming and data centre applications. With a solid foundation in GDDR6 high-speed memory, cache coherent chiplet innovation and high-performance multimedia processor optimisation, a move into a standalone PCI-E form-factor GPU is natural for us. Thanks to BXT’s multi-core scalable architecture, we are able to build a customised solution to meet the high-end data centre demand with fantastic cloud and computing performance.”

If this pivot towards higher-performance computing works out for Imagination remains to be seen. It certainly seems that at least having a tangible design win such as the above would certainly be a big improvement given that we’ve never seen publicly acknowledged 8XT, 9XT, 9XTP or even A-Series silicon.

Lastly, Imagination is also teasing their future C-Series architecture, confirming that it’ll be a full raytracing capable design. Although Imagination has had Raytracing IP and capable GPUs for the better part of the decade, it took Nvidia’s RTX series as well as AMD’s inclusion of Raytracing in the new generation consoles as well as RDNA2 series to seriously kick-start the RT ecosystem into gear. Imagination is taking full advantage of this revival as it dusted off its RT IP that previously had been shelved a few years ago. 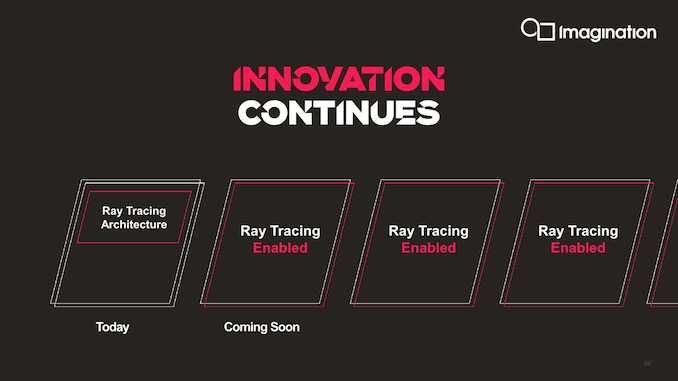 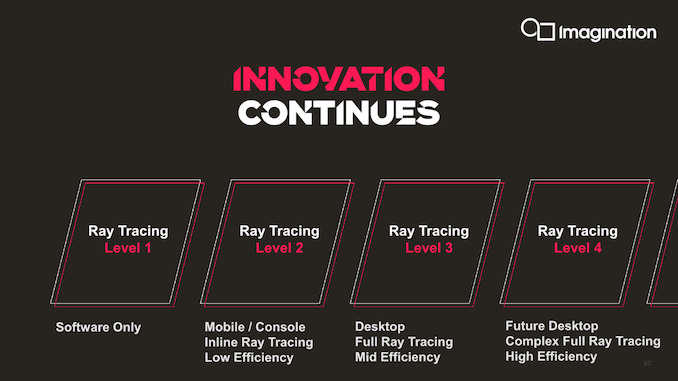 Beyond confirming that the new C-Series will have ray tracing capabilities, Imagination further confirms that this will be an implementation using the company’s fullest of capabilities, including BVH processing and Coherency Sorting in hardware, a capability the company denotes as a “Level 4” ray tracing implementation, which would be more advanced than what current generation Nvidia and AMD GPUs are able to achieve at a “Level 3”.

Imagination explains that they’ve had these capabilities for a long time, and when discussing with customers as to what kind of capabilities they would like to see in future IP, they had chosen to go for the full-blown implementation as this was the better future-proof design choice.

Overall, it seems like Imagination is on a path where it tries to diversify itself to markets other than the typical low-power GPU use-cases. The next few years will definitely be interesting for the company, and particularly the new distributed multi-GPU approach will be something to pay attention to.