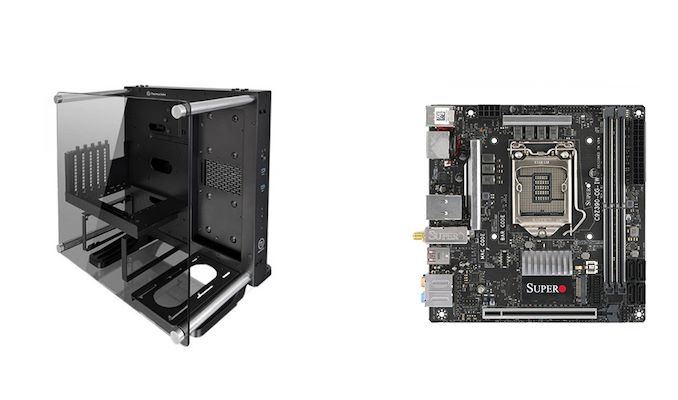 Just in time for a bit of extra holiday cheer, we have a new giveaway courtesy of Supermicro and Thermaltake. The companies have teamed up to give away a barebones Mini-ITX system, consisting of Supermicro’s Z390 Mini-ITX motherboard, the C9Z390-CG-IW, and Thermaltake’s Core P1 TG Mini ITX case. We have one system to give away, so if you’ve been desiring to put together a new Mini-ITX system, then this may be just the kit you need to get started.

The C9Z390-CG-IW is essentially a miniaturized version of Supermicro’s well-regarded ATX sized C9Z390-CG, taking a lot of the important elements from that board and putting it in a mini-ITX sized frame. There is a full-length PCIe 3.0 x16 slot with steel slot reinforcement and the board also includes two PCIe 3.0 x4 M.2 slots; one on the front and one on the rear. Also included are four SATA ports which feature straight-angled connectors.

Controller-wise the board is using a Realtek ALC1220 HD audio codec to power the five 3.5 mm audio jacks and S/PDIF optical output on the rear, an Intel I219V Gigabit controller for the single LAN port and a dual-band 802.11ac wireless networking adapter is also included. The rest of the rear panel is comprised of three USB 3.1 Gen2 Type-A, one USB 3.1 Gen2 Type-C, two USB 3.0 Type-A ports, a PS/2 combo port and a pair of display outputs consisting of a DisplayPort 1.2 and HDMI 2.0 ports. 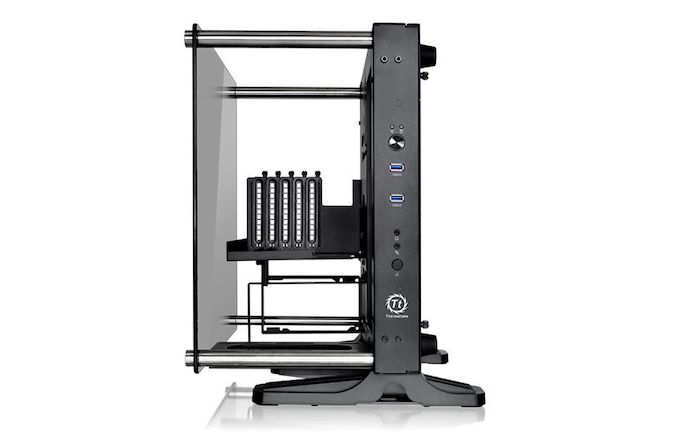 Meanwhile, to show off Supermicro’s board we have Thermaltake’s Core P1 TG Mini ITX case. The open-framed case lives up to the name and is only enclosed on two sides. It features a metal base as well as a tempered glass panel to cover the top of the case while showing off everything underneath. Furthermore, the case can be wall-mounted, in case the default standing configuration isn’t your cup of tea.

The giveaway is running through January 1stnd and is open to all US residents (sorry, ROW!). You can enter below, and you can find more details (and the full discussion) about the giveaway over on the AnandTech Forums.