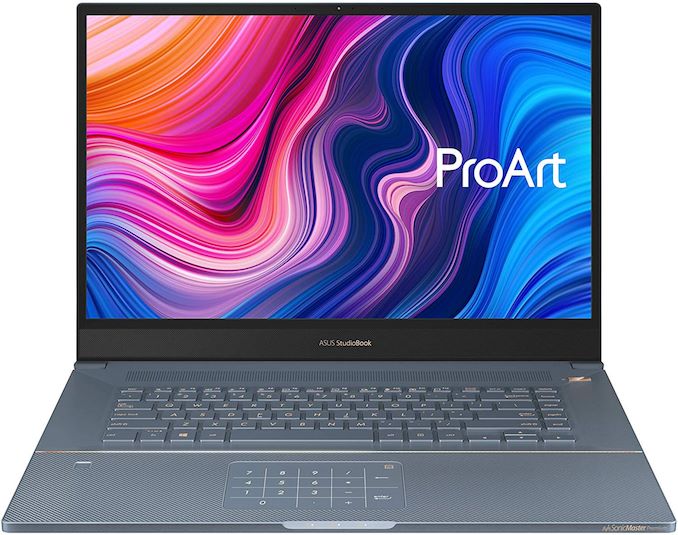 In addition to launching its top of the line ProArt StudioBook Pro X mobile workstation that is priced at a whopping $4,999.99, ASUS also introduced a less expensive workstation this week. The ProArt StudioBook Pro 17 steps down to NVIDIA’s Quadro RTX 3000 graphics, which along with some other configuration changes allows ASUS to offer it in configurations starting at $2000.

The ASUS ProArt StudioBook Pro 17 W700 laptops have a lot in common with their higher-end brother: they come in a similar chassis with a Turquoise Grey finish and use a factory-calibrated Pantone Validated 17-inch NanoEdge display with a 1920×1200 resolution that can cover 97% of the DCI-P3 color gamut. Meanwhile, the ProArt StudioBook Pro 17 W700 are slightly thinner (1.82 cm, 0.72 inches) and feature less beefy configurations, which makes them substantially more affordable than the flagship model.

Depending on exact SKU, the ProArt StudioBook Pro 17 W700 are based either on Intel’s Core i7-9750H or Xeon E-2276M processors, and are paired with 16 GB or 32 GB of DDR4-2666 DRAM (with or without ECC). All systems come equipped with NVIDIA’s Quadro RTX 3000 GPU with 6 GB of GDDR6 memory, which lacks the more extreme performance of the Quadro RTX 5000, but which is still fully certified by the major pro software ISVs. As for storage, the W700 machines feature a 1 TB or a 2 TB M.2 SSD. 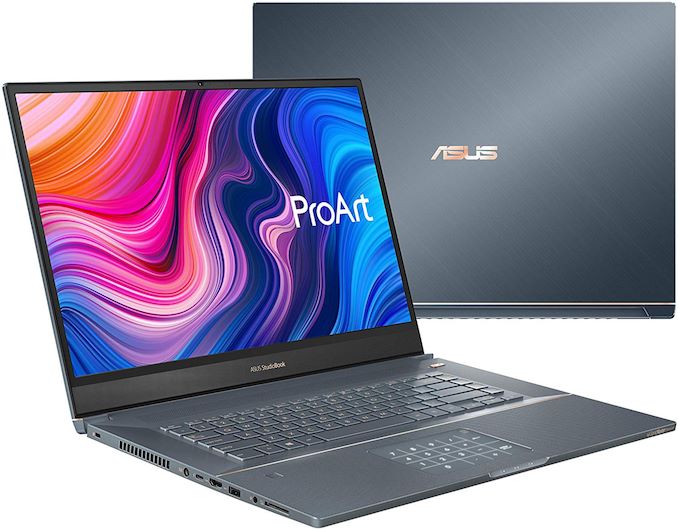 When it comes to connectivity, the ProArt StudioBook Pro 17 W700 has a set of ports that includes one Thunderbolt 3 connector (with DP 1.4), three USB 3.2 Gen 2 Type-A connectors, an HDMI 2.0 output, an SD 4.0/UHS-II card reader, and one 3.5-mm audio jack for headsets. On the wireless front, there is a Wi-Fi 6 and Bluetooth 5.0 adapter. As for multimedia capabilies, everything is standard: the notebooks have a webcam, stereo speakers, and a microphone array.

In a bid to make its ProArt StudioBook Pro 17 W700 more compact, ASUS is also using a smaller 57 Wh battery in these laptops. Though as workstation users tend to use their notebooks as portable desktops rather than regularly going mobile, battery life may not be a big concern.