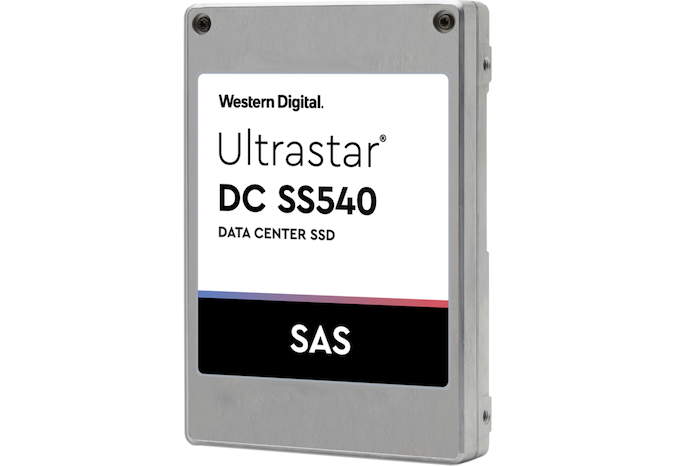 Western Digital has introduced its new series of SSDs designed for mission critical applications, including OLTP, OLAP, hyper converged infrastructure (HCI), as well as software-defined storage (SDS) workloads. The Ultrastar DC SS540 drives are aimed at mixed and write intensive workloads and can be configured accordingly. Since the SSDs use an SAS 12 Gbps interface, they are drop in compatible with existing machines.

As is traditional for SAS SSDs from Western Digital and Intel, the Ultrastar DC SS540 supports extended error correction code (ECC with a 1x10^-17 bit error rate) to ensure high performance and data integrity, exclusive-OR (XOR) parity in case a whole NAND die fails, and parity-checked internal data paths. In addition, the Ultrastar SS540 complies with the T10 Data Integrity Field (DIF) standard, which requires all interconnect buses to have parity protection (on the system level), as well as a special power loss data management feature that does not use supercapacitors. As usual, Western Digital's Ultrastar SS540 will be available in different SKUs with capabilities like instant secure erase and/or TCG+FIPS encryption to conform with various security requirements. 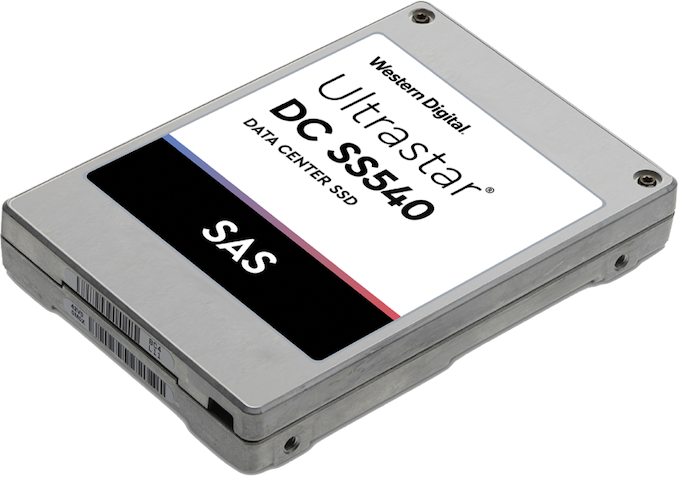 The manufacturer plans to offer the Ultrastar DC SS540 rated for 1 or 3 drive writes per day (DWPD) to target different workloads. The former will offer capacities between 960 GB and 15.36 TB, whereas the latter will feature capacities from 800 GB to 6.4 TB. The new lineup does not include drives rated for 10 DWPD and less than 1 DWPD, so those who need higher or lower endurance (as they run extremely read intensive or extremely write intensive workloads) will have to use previous-generation offerings from Western Digital. When it comes to warranty and MTBF, the drives are rated for a 0.35% annual failure rate (AFR), 2.5 million hours MTBF and are covered with a five-year limited warranty (or the max PB written, whichever occurs first).

As far as sustained performance is concerned, the Ultrastar DC SS540 is rated for up to 2130 MB/s sequential read/write speed, up to 470K IOPS random write IOPS, and up to 240K random write IOPS, depending on exact model, which is generally in line with performance of the Ultrastar DC SS530 SSDs launched last year. Traditionally, higher capacity SSDs are slightly slower when it comes to writes and mixed workloads, but those who need maximum performance can always use more drives to hit desired speeds.

Western Digital’s Ultrastar DC SS540 SSDs are currently sampling and qualified by select clients of the company. The manufacturer plans to start commercial shipments of the drives in the Q1 2020.