Disassembling a rugged product is an interesting proposition. Prior to that, the patent behind the product is worthy of analysis. The Solo Hawk is based on the Low cost portable data storage device and docking station patent assigned in 2015. In this section, the patent is analyzed step by step and the corresponding teardown photos are provided.

The patent presents a rugged portable data storage device as well as a fireproof docking station concept. Only the aspects related to the first disclosure are used in the design of the Solo Hawk. The relevant figures from the patent are reproduced below. 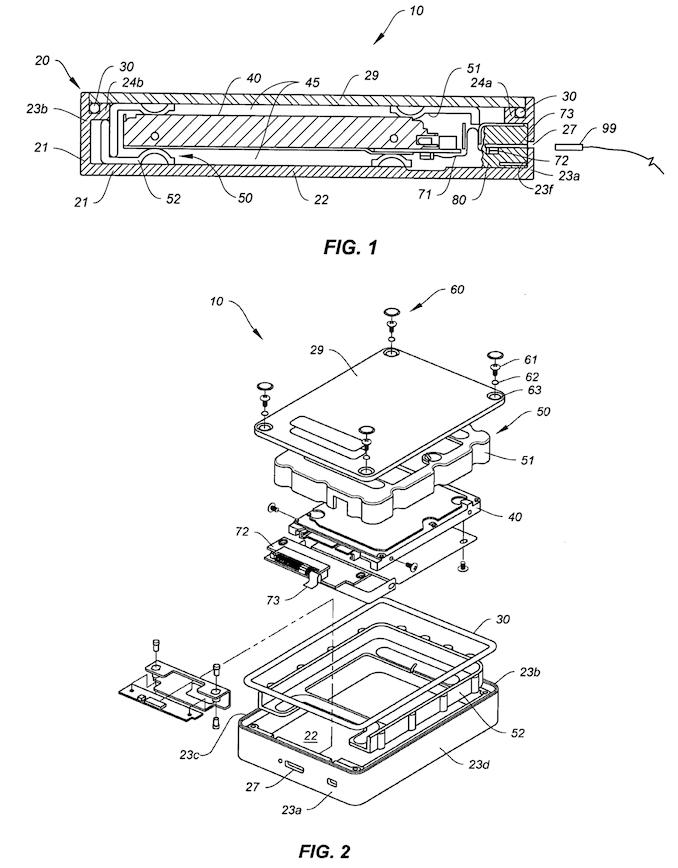 The top figure shows the sectional view while the bottom one is a more detailed version of a typical disclosure implementation. The enclosure is a two-piece implementation with a housing (21 in Fig. 1) and a cover (29 in Fig. 1). The disclosure states that the housing is a monolithic, metallic structure that could be made of aluminum, steel or titanium. The Solo Hawk uses an aluminum enclosure to achieve a good balance between cost and crush-resistance. Markings 23a-23d form the walls of the housing, at the top of which a recessed 'lip' (24a-24d) exists to place a sealing gasket (30). 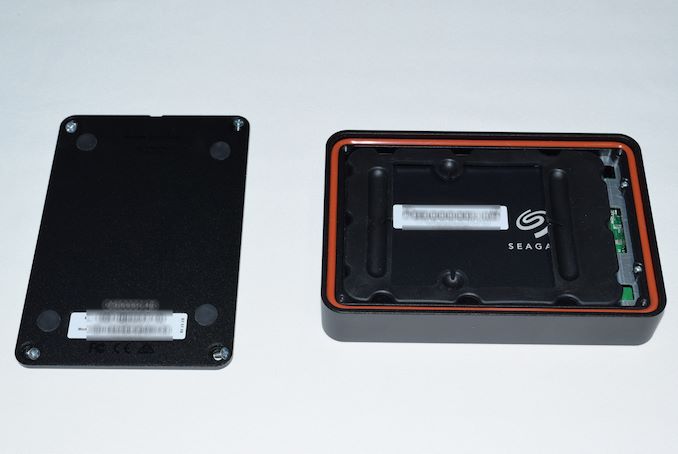 The patent claims that the design construction allows for easy removal of the internal storage device. The four rubber feet on the underside of the Solo Hawk had to be peeled away to expose screws that could be easily removed. The photograph above shows the housing and the cover, along with the red sealing gasket. Elastomeric suspension segments (51 and 52 in Fig. 2) impart the impact shock absorption capability, and the photograph below shows them after the removal of the digital storage device (40 in Fig. 2), a Seagate Barracuda SSD, in the Solo Hawk Pro. 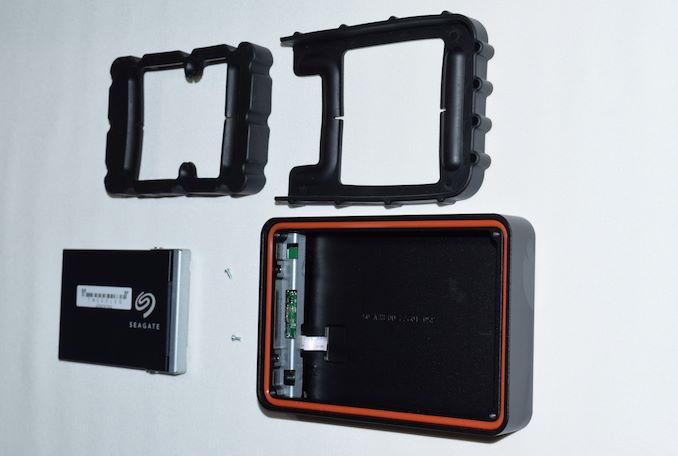 The connecting mechanism for the cover and the housing involves screws with water resistant gaskets (62 in Fig. 2), which, along with the red gasket in the Solo Hawk, help in forming a water-resistant seal between the two segments of the enclosure. 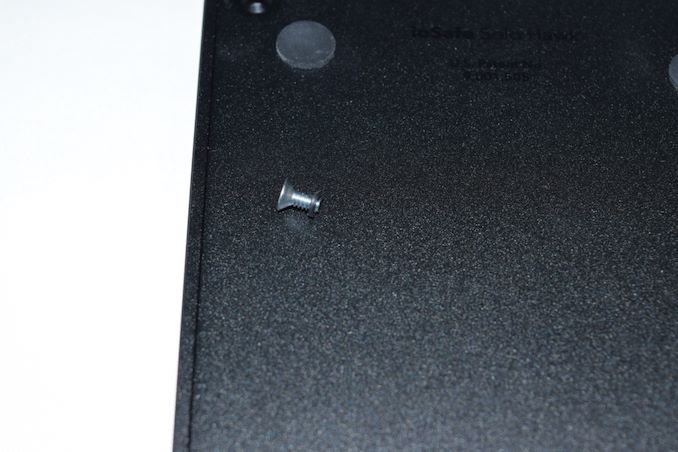 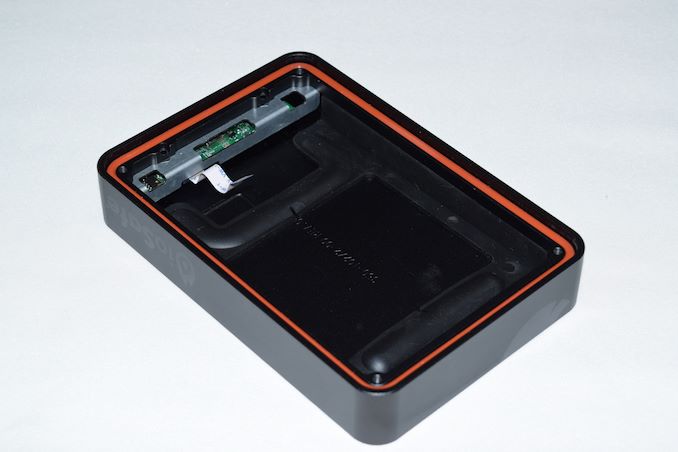 As an implementation of the discussed patent, the CRU ioSafe Solo Hawk Rugged SSD has made it to the market as an economical, yet, extremely durable product. The performance of the product is heavily dependent on the internal SSD. The next section takes a look at how the Seagate Barracuda SSD performs within the enclosure.