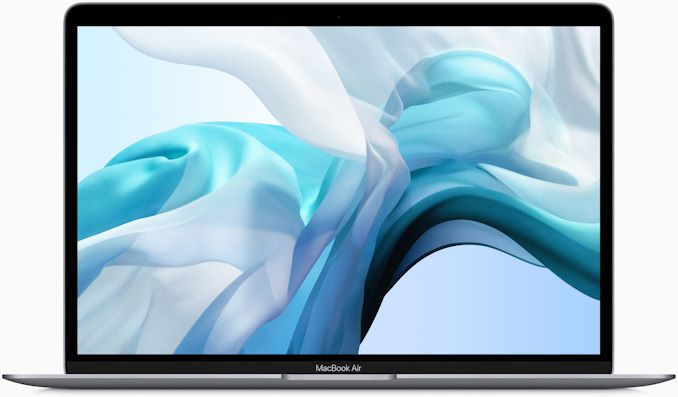 Apple’s mid-2019 MacBook Air notebooks come in silver, space gray as well as gold colors and are based on Intel’s low-voltage 8th Gen dual-core Core i5 processor with UHD Graphics 617 (previously known as codenamed Amber Lake Y), the same chip used for late-2018 MBA models. Depending on exact configuration, the new MacBook Airs can be equipped with 8 GB or 16 GB of LPDDR3 memory as well as a 128 GB, 256 GB, 512 GB or 1 TB PCIe SSD.

The key difference between the 2018 and 2019 MacBook Air laptops is their display. The notebooks to use a 13.3-inch IPS panel featuring a 2560x1600 resolution and a 227 PPI pixel density. Meanwhile, the new machines support True Tone technology that automatically adjusts white balance depending on the surrounding environment and lighting.

Other notable features of Apple’s latest-generation MacBook Air notebooks include two Thunderbolt 3 ports, 802.11ac + Bluetooth 4.2 controller, a large trackpad, the Apple T2 chip, Touch ID fingerprint reader, and everything else that you come to expect from a modern mobile PC.

Traditionally, Apple’s MacBook air are among the thinnest and lightest notebooks around at 1.56 cm z-height as well as 1.25 kilograms. Because Apple’s MacBook Air uses Intel’s low-power CPU and comes with a 49.9 Wh battery, it can work on one charge for up to 12 hours, which is longer when compared to 13.3-inch MacBook Pro machines.

In a bid to make its MacBook Air laptops more popular, Apple slashed price of the entry-level model by $100 and from now on it will be available for $1,099 (down from $1,199 previously). In addition, qualifying students in the USA can get the new MBA starting at $999. 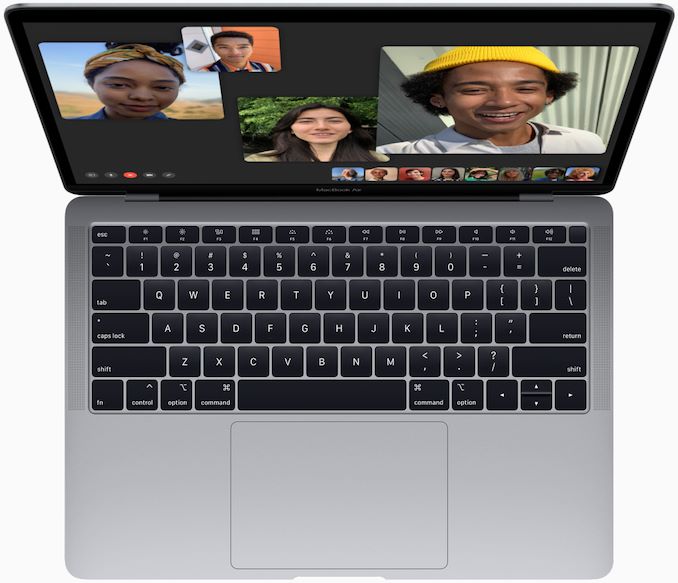