In the recent years SSD controllers and NAND flash memory have become so fast that the PCIe 3.0 x4 interface used by M.2 SSDs has become a bottleneck for sequential performance. As a result, a faster interface is needed to boost the performance of these drives. Coming to the PC market later this year, PCIe 4.0 will increase bandwidth available to M.2 SSDs to around 8 GB/s (each direction) and will enable drive vendors to offer faster SSDs.

To build M.2 SSDs supporting a PCIe 4.0 x4 interface, new controllers are (obviously) needed, and right now the only company that has them ready is Phison. In fact, the company is readying two such controllers: the PS5016-E16 for high-end drives, as well as the PS5019-E19 for mainstream drives. The E16 has eight 800 MT/s NAND channels for ultimate parallelism and sequential read performance of up to 5 GB/s (write speeds depend on the actual chips/SSD capacity, in the best case scenario it is said to reach up to 4.4 GB/s), whereas the E19 has four NAND channels to minimize the die size and cost. 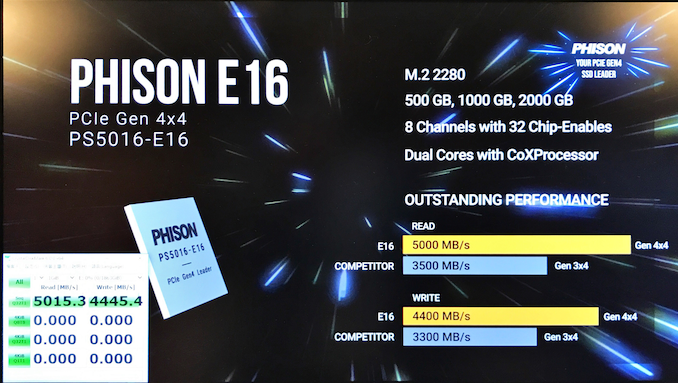 While the PS5019-E19 is formally positioned below the top-of-the-range controllers, it supports all of the features the E16 does (including Phison’s latest implementation of LDPC-based ECC and so on). Phison is also testing it with the latest 3D NAND flash memory devices featuring a 1200 MT/s interface, so if the company qualifies it for such chips, the actual SSDs powered by the E19 will offer performance that will be significantly higher when compared to today’s high-end SSDs at a lower price.

It is noteworthy that in a bid to speed up the commercial launch of its PS5016-E16 and the PS5019-E19 controllers, Phison took its E12 and E13 controllers and swapped out the PCIe 3.0 PHY for a PCIe 4.0 PHY, so these controllers are not completely new from a NAND management perspective. The upside for the company and its customers, however, was that it will allow the company to roll out its PCIe 4.0-enabled controllers ahead of the competition, while also simplifying the development of the controller's firmware. 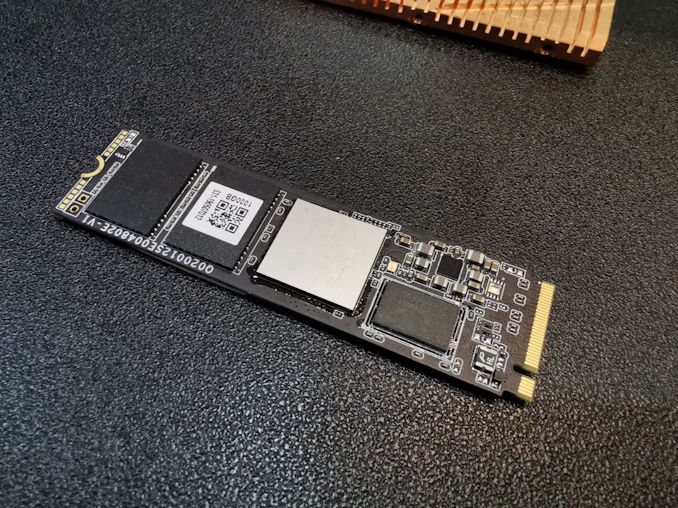 At Computex, a variety of partners, including Corsair, GIGABYTE, Essencore/Klevv, Patriot, Galax, and a number of others are demonstrating their M.2 PCIe 4.0 x4 drives featuring the Phison PS5016-E16 controller. The SSD suppliers use 3D NAND devices from different makers, so the E16 has been qualified to work with a variety of components, which further strengthens its competitive positions.

The PS5019-E19 will be launched a little later than the flagship E16 controller, but everything points out that it will be made available to SSD makers in 2019 with products to follow shortly.