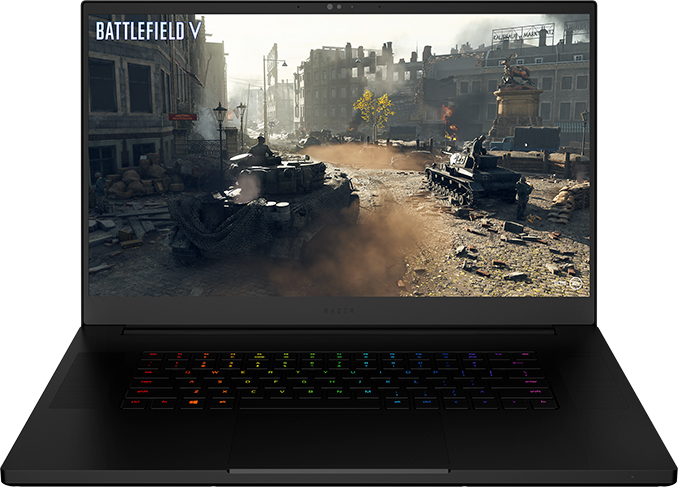 Razer has introduced its redesigned Blade Pro 17 laptop aimed at gamers and prosumers that gained performance when compared to its predecessor, yet became considerably more compact and lightweight. The new Blade Pro 17 notebook now packs Intel’s latest six-core Core i7-9750H as well as up to NVIDIA’s GeForce RTX 2080 with Max-Q graphics. Interestingly, the mobile workstation features a UHS-III SD card reader, one of the first in the industry.

17.3-inch laptops are essentially niche products aimed at people who need a combination of high performance and screen size in a clamshell form-factor. Since for the vast majority of end users portability matters, many people prefer high-end 15.6-inch laptops even though it means certain compromises. As a result, to make the 17.3-inch class more popular overall, PC makers attempt to make such machines more compact. This is exactly what Razer tried to do with its new 2019 Blade Pro 17 notebook: the new laptop is 19.9 mm thick and weighs 2.75 kilograms (down from 22.5 mm and 3.07 kilograms in case of the previous-generation model). Overall, it is 25% more compact than its predecessor without any compromises to the screen real estate or rigidity. The new Blade Pro 17 comes in a CNC-machined aluminum chassis as well as features a 17.3-inch IPS display featuring a 1920×1080 resolution, 300 nits brightness, and a 144 Hz refresh rate.

When it comes to connectivity, the Razer Blade Pro 17 is equipped with Intel’s Wireless-AX200 802.11ax + Bluetooth 5 solution, a 2.5 GbE port, a Thunderbolt 3 connector, three USB 3.2 Gen 2 Type-A ports, one USB 3.2 Gen 2 Type-C port, an HDMI 2.0b output, a UHS-III SD card reader, a 3.5mm audio jack, and so on. In addition, the system has a 1MP/720p webcam with IR sensors for Windows Hello, an array microphone, and Dolby Atmos-supporting stereo speakers.

As for battery, the Razer Blade Pro 17 is equipped with a 70.5 Wh battery pack. Given the number of configurations that Razer plans to offer, the manufacturer does not disclose battery life of each one.

Razer will start sales of its new Blade Pro 17 sometimes in May from its own stores and select retailers the United States, Canada, United Kingdom, France, Germany, and China. Prices will start at $2,499 in the US and €2,699 in Europe.

We hope to see a version of the new Blade Pro 17 with an Ultra-HD DCI-P3-supporting screen.One of the things that strikes the eye about the Blade Pro 17 is its integrated UHS-III SD card reader that is needed primarily by professional photographers that plan to use next-gen cameras.