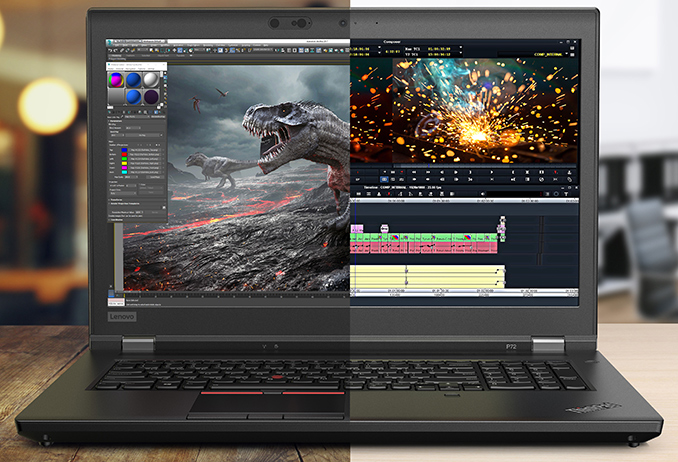 Lenovo today is unveiling a new version of its 17.3-inch ThinkPad P7-series highi-end portable workstations. The flagship of Lenovo's desktop replacement-class workstation laptops, the ThinkPad P72 has a new design that's a little thinner than predecessors, and more importantly has received significant performance bumps thanks to the inclusion of an Intel six-core CPU, NVIDIA’s new Quadro graphics card, and other improvements.

Replacing the now outgoing P71, the Lenovo ThinkPad P72 is powered by Intel’s hex-core 8th Gen Core and Xeon processors, as well as NVIDIA’s latest Quadro P5200 discrete graphics with 16 GB of GDDR5X memory. Lenovo aims its ThinkPad P7-series mobile workstations at the oil and gas, automotive, and financial industries, which is where powerful CPUs and GPUs are more than welcome. Meanwhile, with a six core processor and a 9 TFLOPS of graphics under the hood, the ThinkPad P72 can be considered an “every duty notebook” as it has enough horsepower for almost any task. 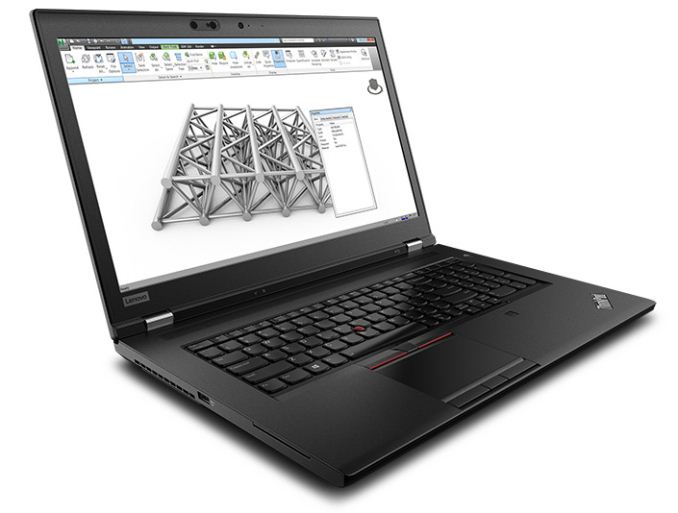 The ThinkPad P72 can accommodate up to four SO-DIMMs carrying up to 128 GB of DDR4-2667 memory (up from 64 GB on P71), up to 6 TB of storage with RAID 0 or 1 support, as well as a 16 GB Optane Memory caching SSD for an additional speed bump. Lenovo's marketing material ahead of today's launch is a bit ambiguous on the matter, but it looks like the HDD option is for secondary storage, while the laptop uses an NVMe SSD for primary storage and booting. 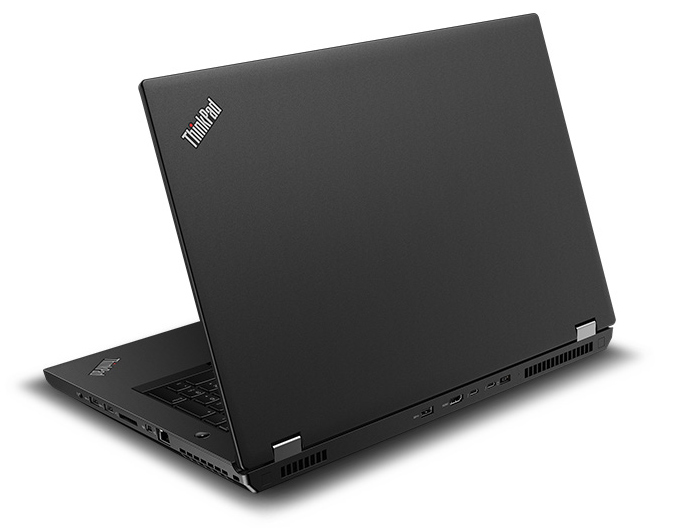 Just as before, Lenovo will offer two LCD options with its ThinkPad P72 portable workstation. Premium SKUs will come with a 17.3-inch 10-bit IPS LCD with a 4K Ultra-HD (3840×2160) resolution, a 400 nits brightness, and covering 100% of the AdobeRGB color gamut. Models that need to be cheaper and/or run on a battery longer will be outfitted with a non-touch Full-HD (1920×1080) IPS panel offering a 300 nits brightness and full coverage of the sRGB color range. 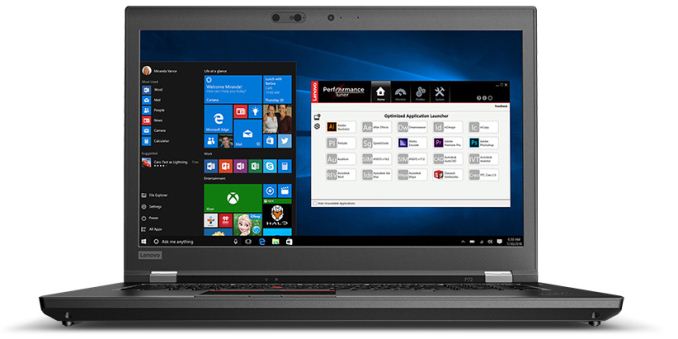 Connectivity-wise, the new Lenovo ThinkPad P72 brings everything one would expect in a 2018 DTR laptop. The notebook is equipped with Intel’s Wireless-AC 9560 802.11ac Wi-Fi solution featuring up to 1.73 Gbps throughput over 160 MHz channels as well as supporting Bluetooth 5.0 tech. On the wired side of things, the laptop has two Thunderbolt 3 connectors (run by an unknown controller), three USB 3.1 Gen 1 Type-A ports, a GbE header, two display outputs (HDMI 2.0, mDP 1.4), an optional smart card reader, a 4-in-1 card reader, and a TRRS audio connector. 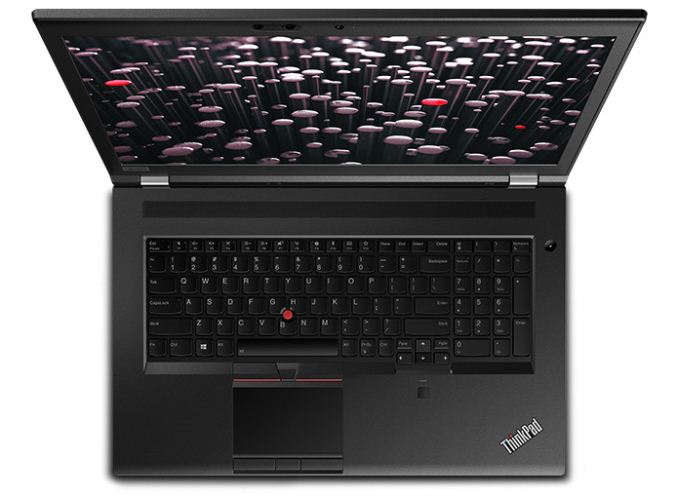 Meanwhile when it comes to the chassis and overall aesthetic design, the always conservative Lenovo has put together a new chassis that generally tries to sustain their classic ThinkPad look. To that end, the latest ThinkPad P72 generally resembles its predecessor, the ThinkPad P71. The main difference between the two mobile workstations is thickness: at a 25.9 mm (1 inch) z-height, the the new one is about 5 mm thinner (0.2 inch). Losing half of a centimeter is a big deal as this naturally makes the new system a bit more portable overall. Meanwhile, the weight of the new unit is exactly the same as the weight of its predecessor — about 3.4 kg (7.5 pounds). 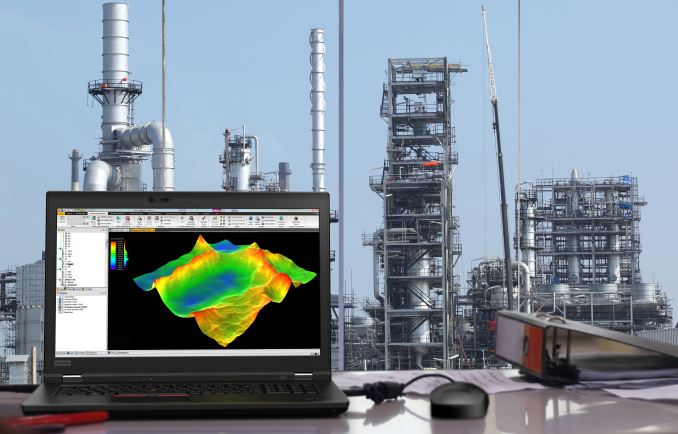 Although machines like the ThinkPad P72 will sit on desks most of the time, they are none the less portable machines, so Lenovo hasn't skimped on the battery. The P72 is equipped with a 99 Wh battery, which for all practical purposes is also the largest battery a laptop can be equipped with, due to airline regulations. I'm not immediately sure whether this is one battery or two – we sometimes seen "split" battery designs in DTR laptops – so based on Lenovo's materials it's not clear whether this is one battery or the maximum capacity of adding up built-in and removable batteries. At any rate, the manufacturer does not disclose the amount of time the P72 can work on one charge as it depends on exact configuration, but typically a 99 Wh battery can enable well over 15 hours of operation under light workloads.

The Lenovo ThinkPad P72 will hit the market at the end of August at prices starting from $1,799.