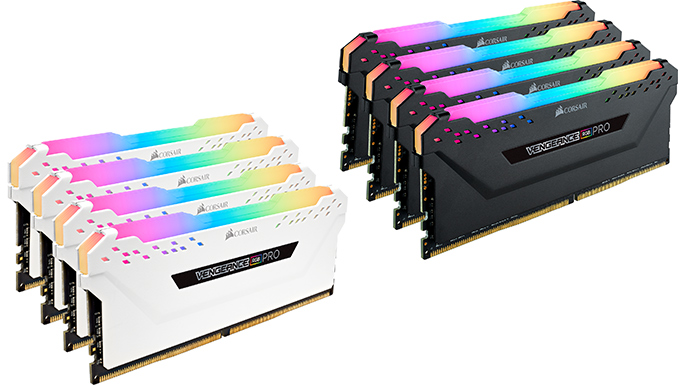 Corsair on Monday introduced its latest family of memory modules designed for enthusiasts and modders. The Vengeance RGB Pro DDR4 DIMMs bring together rather high performance and style: they are rated for up to DDR4-4000 and they use brand-new heat spreader with a lightbar that features 10 RGB LEDs, the highest number of diodes that we have seen in a memory module so far.

Corsair’s Vengeance RGB Pro family of products initially includes about a dozen of 16 GB and 32 GB kits for dual-channel and quad-channel memory sub-systems speced for operation at 2666 MT/s – 4000 MTs data transfer rates at 1.35 V (see detailed information in a table below). The modules are based on various cherry-picked DRAM chips and use Corsair’s PCB for RGB LED-equipped memory modules (featuring traces for LED controls). As with all enthusiast-class modules, the new DIMMs come with XMP 2.0 SPD profiles for easier setting up on contemporary Intel platforms. As for compatibility with AMD Ryzen platforms, the modules that run at up to DDR4-3200 will work in such systems without problems, whereas for higher speeds additional tweaking and cooling may be required. 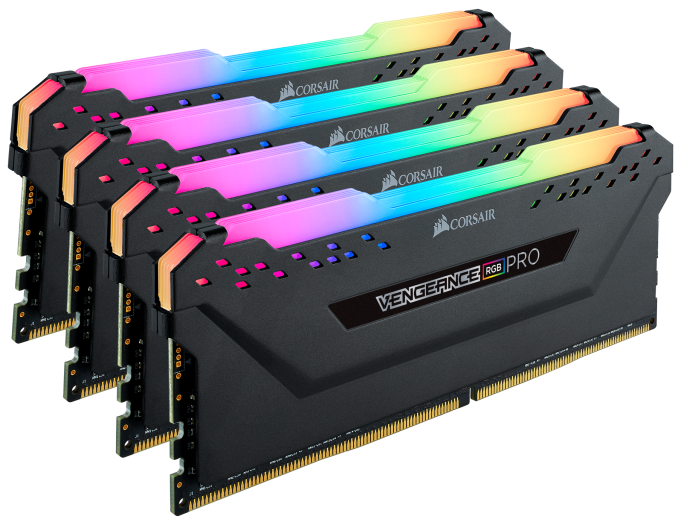 The Vengeance RGB Pro modules are equipped with all-new black or white aluminum heat spreaders as well as custom light bars with 10 RGB LEDs controllable using Corsair’s iCUE software. Meanwhile, the heat spreaders and lightbars are rather tall, so compatibility of the Vengeance RGB Pro with SFF systems or with PCs that use large air coolers is something that remains to be seen.

Corsair plans to make the new modules available in the U.S. in the coming weeks or months. Exact pricing will be announced separately, but considering the fact that the Vengeance RGB Pro kits are positioned above the original Vengeance RGB, it is clear that the new memory kits will be sold at a premium. 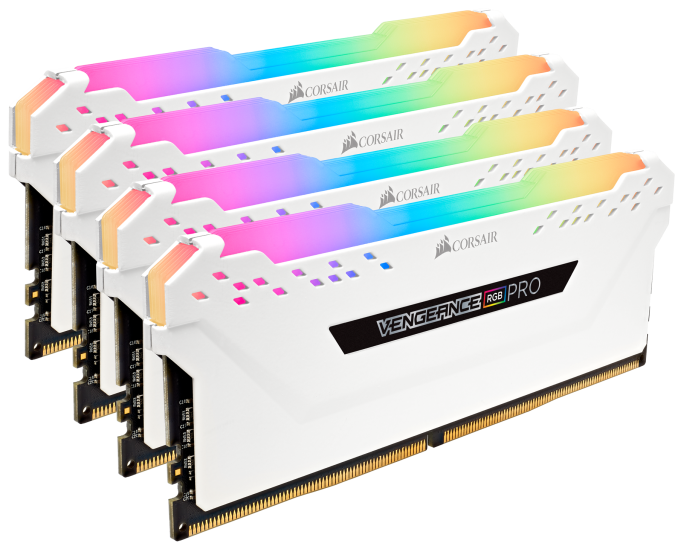 See more coverage of Computex below.