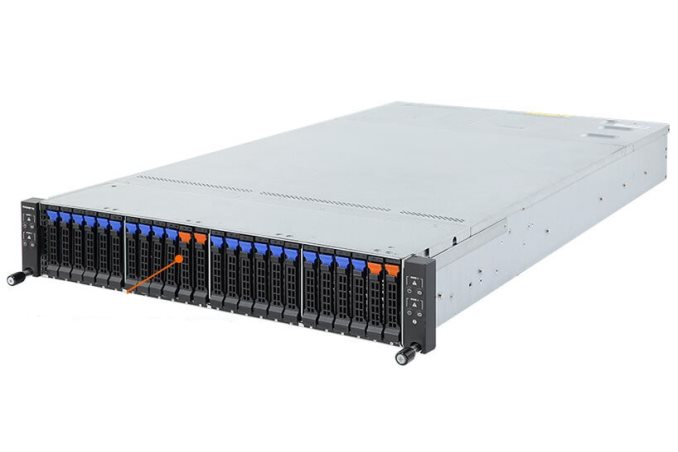 GIGABYTE server is launching three new density-focused servers in the market with their H231-H60, H261-H60, and H261-H61 machines. The new SKUs are comprised of two 2U 4-node (2U4N) systems and one 2U 2-node offering. Each node is able to support dual Intel Xeon Scalable processors, so each U works with two or four Xeon Scalable CPUs. GIGABYTE says the three additions emulate the previous architecture and performance released last year but offer lower cost and additional flexibility by removing the 10GB/s BASE-T LAN which was standard previously. This change allows the clients to customize the network solution for their needs. 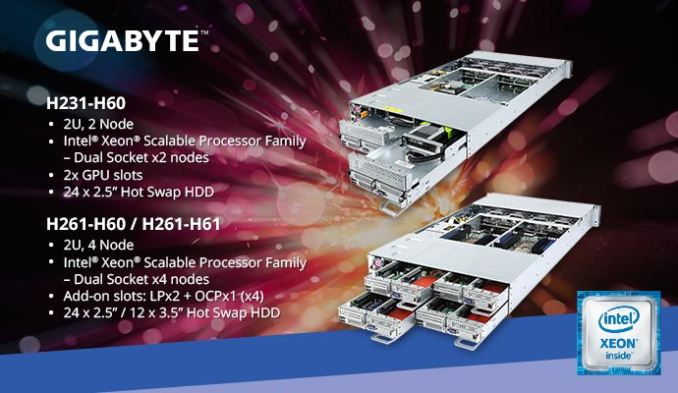 The H261-H60 and H261-H61 are both 2U4N rear-access form factor devices with each node able to support 2 x LP and 1 x OCP slots. Inside the H261-H60 the design gives each Intel Xeon CPU eight DRAM slots (Hex channel) for 16 per node and totaling 64 inside a chassis. The front of the chassis is a 12 x 3.5” hot-swap bay style configuration. The expansion will be handled through the two PCIe 3.0 LP slots in each node or OCP mezzanine cards. The H61 version uses a total of 16 hot-swappable bays changing the storage for 4x U.2 NVMe drives.

The H231-H60 replaces the top two nodes with dedicated GPU slots making it a 2U2N rear access system. Like the H261-H60/H61the H231 also supports 2 x  LP and 1 x OCP slots for expansion as well as the same DRAM configuration (eight slots per CPU, 16 per node) for a total of 32 inside the chassis = cut in half since there are only two nodes. 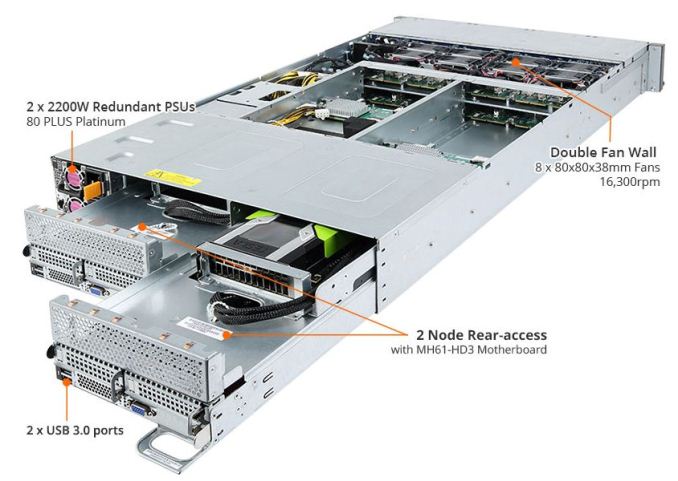 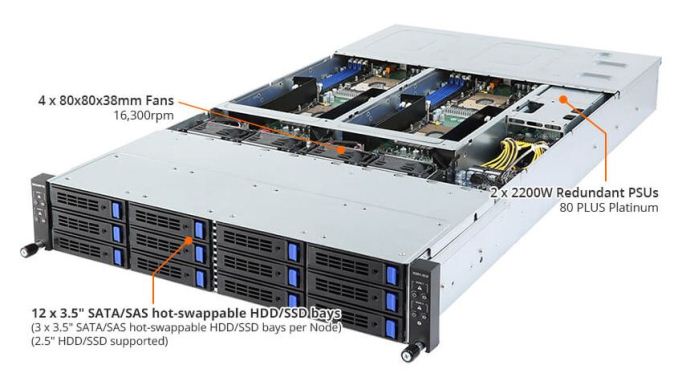 Outside of that, the new servers will use the MH61-HD5 motherboard supporting The Intel Xeon Processor Scalable Family (Skylake-SP) consisting of the Xeon Platinum, Gold, Silver, and Bronze processors up to 165W. Integrated LAN gives clients a dedicated management port per node, as well as a single 1GbE Chassis Management Controller (CMC) for monitoring the status of the computing nodes. Video output is handled by an Integrated Aspeed AST2500 6th generation Server Management Processor (800 MHz ARM11, DDR4) with native PCIe support and iKVM. 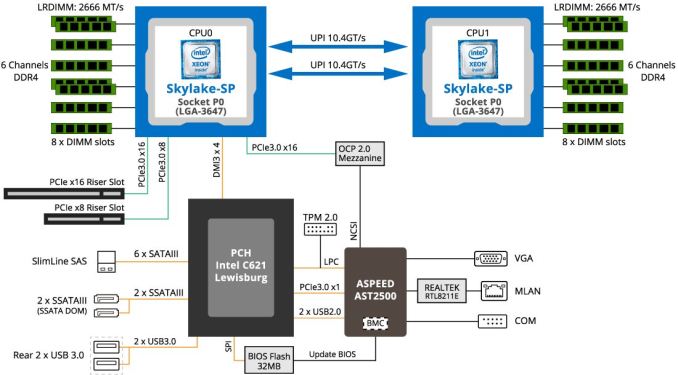 Below are the listed specifications for the servers: