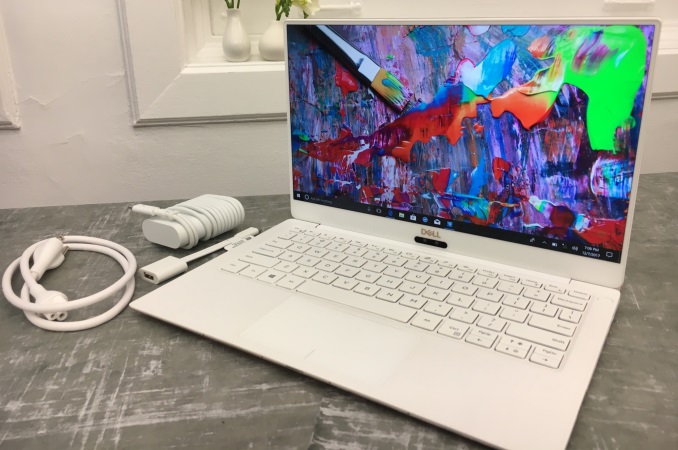 Dell is releasing a few new items at CES 2018 starting with its brand new XPS 13 laptop today. Dell labels the XPS 13 as 'the smallest 13-inch on the planet making it ideal for people on the go'. Along with claiming to be the smallest, Dell is also calling it the most powerful laptop in its class, upgrading to use Intel’s 8th Generation Quad Core processors. Size and performance aside, Dell also tweaked the appearance of the device by shrinking the bezel around the screen allowing for a smaller frame around the screen, known as their InfinityEdge display technology. The XPS 13 debuts an alpine white woven glass palm rest designed specifically for Dell, a departure from the black used previously.

The new 8th Generation Intel Quad Core i5-8250U or i7-8550U processors replace the outgoing 7th generation CPUs. The i5-8250U quad core has a base frequency of 1.6 GHz and a maximum turbo of 3.4 GHz while the optional i7-8550U uses four cores and 8 threads with a base clock of 1.8 GHz boosting to a maximum of 4 GHz. Both processors are designed to fit into a 15W TDP. To help keep things cool with the increased power used by the 8550U, the shell is built with GORE Thermal Insulation which is said to have better than air heat conductivity levels in a more flexible format. The insulation will direct heat out of the device, lowering the temperature. Dell mentioned cooling capacity increased to 27W, up from 15W in its predecessors allowing for more performance headroom from the latest processors.

Also new to the device is a 13.3” UltraSharp 4K UHD (3840 x 2160) InfinityEdge touch display. The monitor displays 100% sRGB and due to the size has a high pixel density. Other options include two FHD (1920 x 1080) panels. One is a touch panel and the other is not. The smaller the bezel with the same size screen, the smaller the device can be. 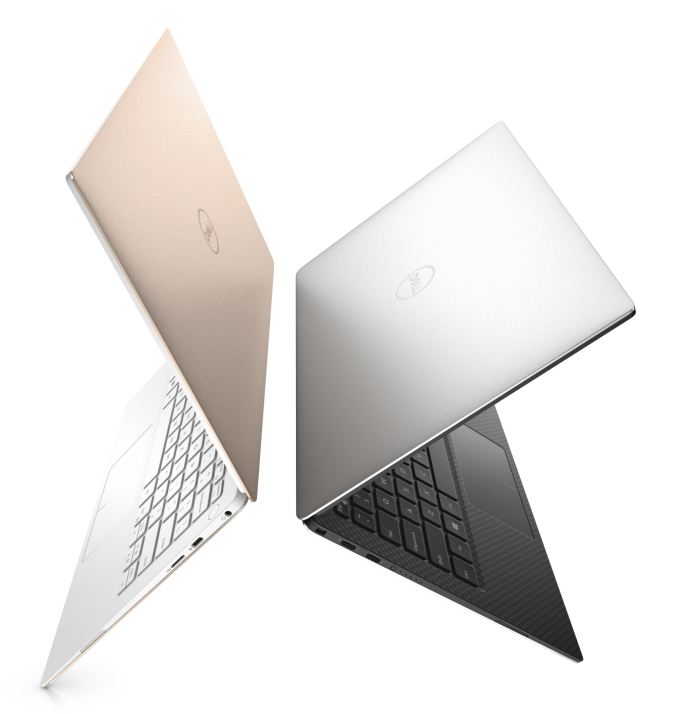 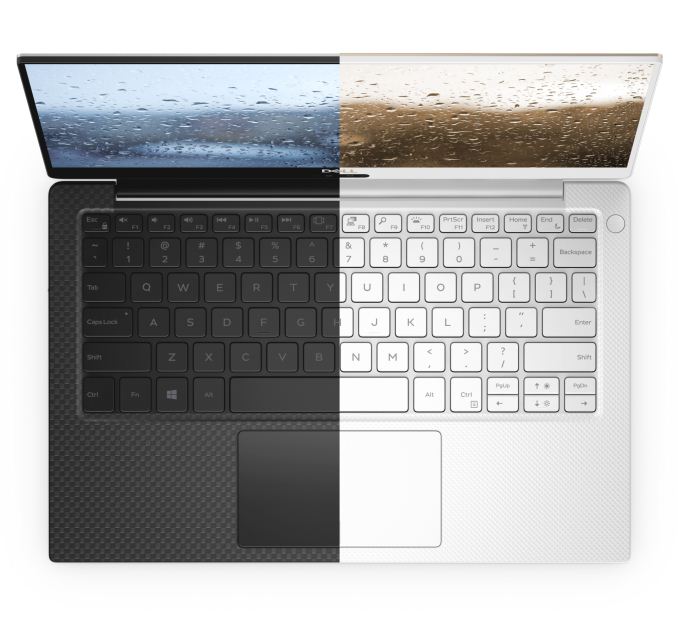 The dimensions are marginally smaller than the 7th Gen version, and it also comes in slightly lighter starting at 2.67/2.78lbs for non-touch/touch systems versus 2.7 and 2.9 pounds on the outgoing models. It isn’t a big difference but is indeed still smaller. Dell added a new color combination with the rose gold color offering the Alpine white crystalline woven fiber internals. The material, Dell says, has a texture to it, and uses an anti-smudge and anti-stain coating. The entire interior is available in this new material including the keyboard, bezel, and touchpad setting it apart from the plain black we are used to seeing in such devices.

We can expect to see these available globally today, January 4th, with a base price of $999.