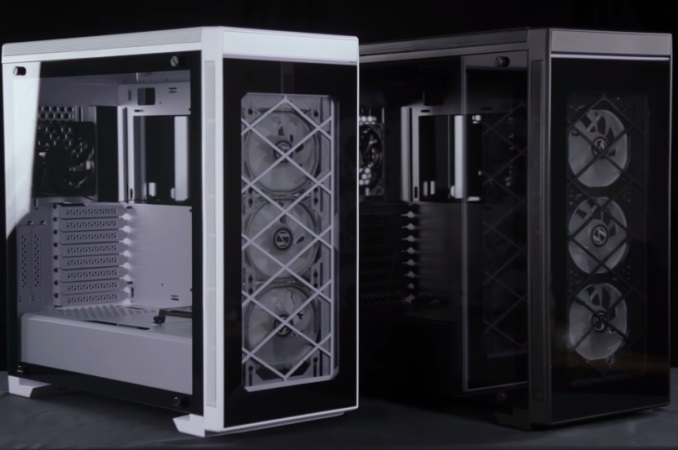 Lian-Li has announced the release of a new series of cases, the Alpha series. The Alpha line of cases brings users steel internal frame and tempered glass surfaces allowing for a better look at what is going on inside the Mid-Tower chassis. The Alpha 330 has a total of three glass panels while the Alpha 550 RGB comes with all four sides made of tempered glass. New to Lian-Li cases are integrating RGB LEDs. The 550 RGB uses BORA 120mm RGB LED fans along with a hand-held RF remote for control over the fans and included RGB accent lighting. Both chassis offer flexible configurations for both air cooling and water cooled systems with a wide range of radiator support; up to 420mm x 140mm on the front and an additional up to 360mm radiator on top. 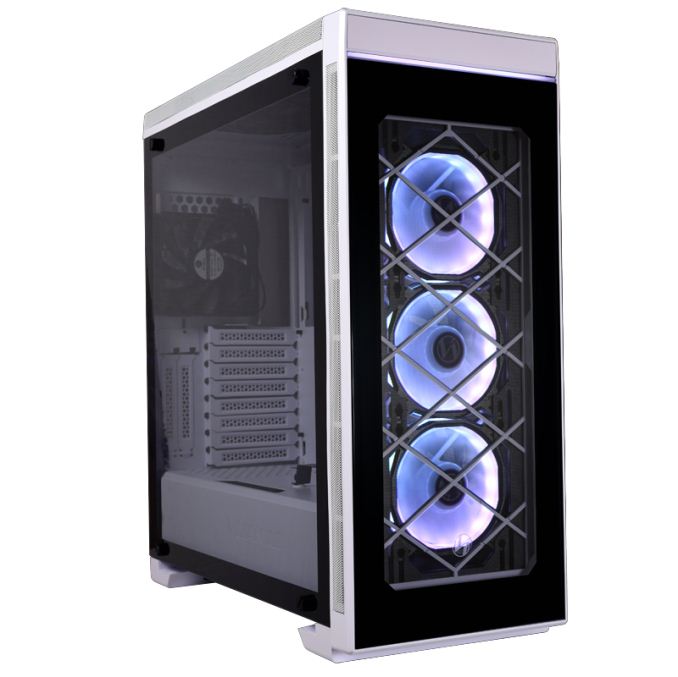 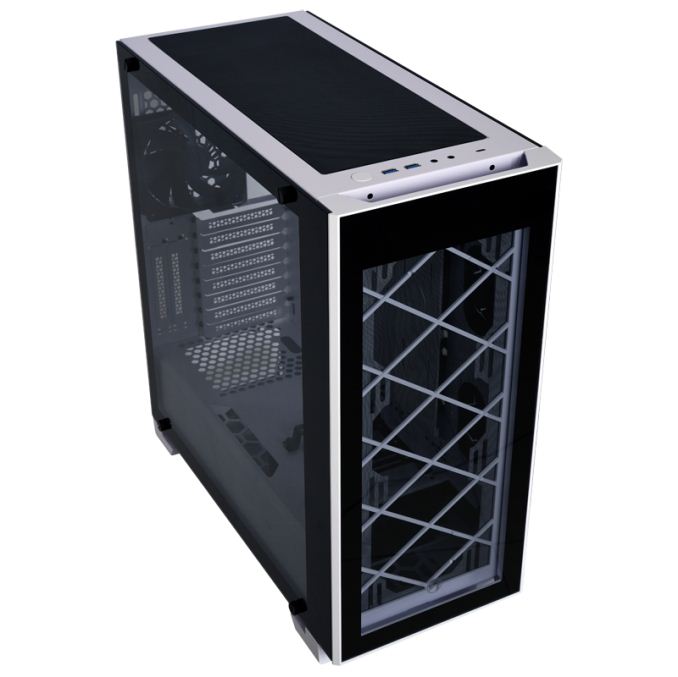 The Alpha series cases use SECC steel structure and tempered glass panels instead of their typical brushed aluminum. The glass gives the cases a high-end, clean appearance. The tempered glass panels have black edges framing out the front of the case where the fans are, as well as the side of the case where all the hardware will be shown off. The right panel has two levels of transparency which helps clean the look up by hiding wires on the darked out bottom and the innards more visible up top. 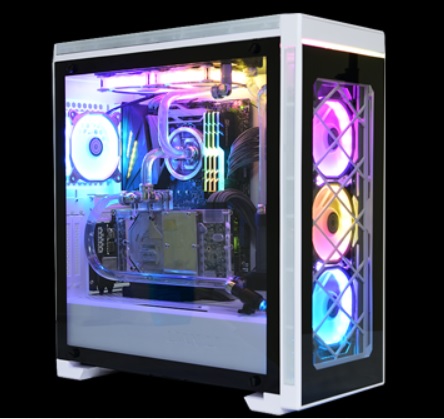 Dust filters are found on both the top (magnetic) and bottom (slide out) of the case helping keep the internals clean. The fans in the front are mounted to a fan/radiator rack for easier installation, maintenance, and removal. Cable management is uniquely handled by a hinged panel on the back covering a channel for cable routing. Front Panel connectivity consists of a power button, two USB 3.0 ports, audio jacks, as well as the latest USB Type-C port, all hidden behind a flip-down panel at top front part of the case on the 550 RGB while the 330's controls are exposed. Both the 330 and 550 have support for a vertically oriented graphics cards, up to 400mm in length, to better display the hardware through the glass panels. 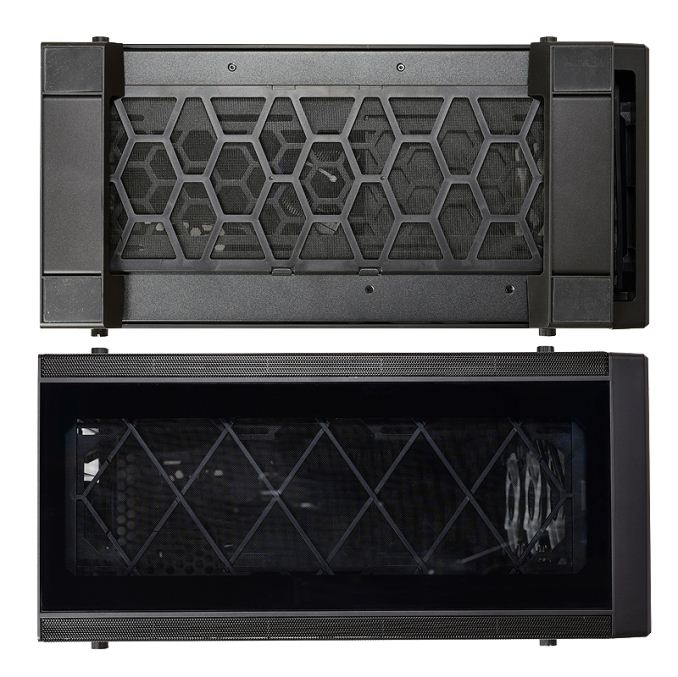 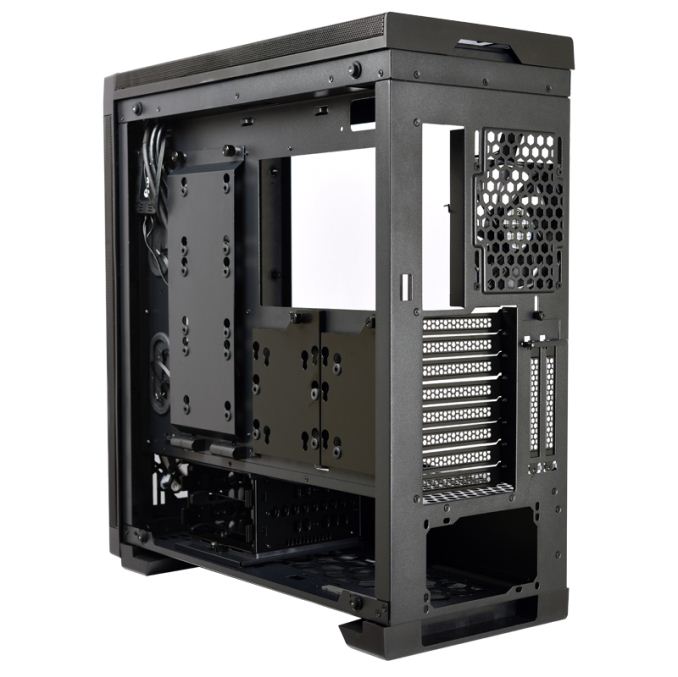 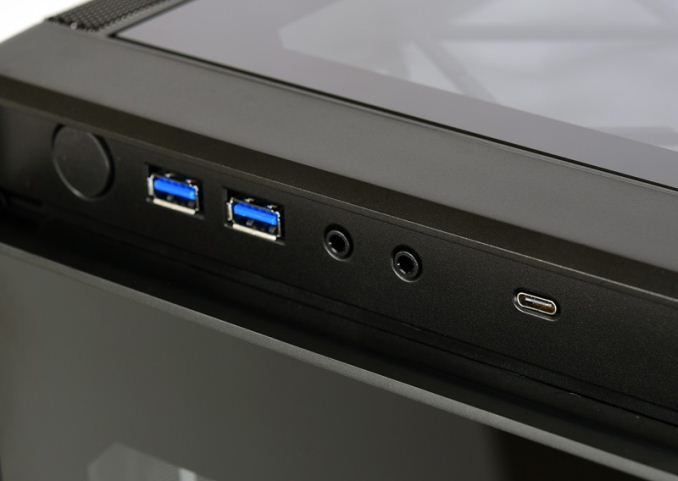 Internally, both Alpha Series cases have seven drive bays; two 3.5-inch and five 2.5-inch mounting areas; drive cages and mounts on the back of the motherboard panel. The detachable front panel will hold 3x120mm fans, the top 3x120/140mm and one 120mm fan on the rear. The 330 includes a single 120mm fan on the rear while the 550 RGB includes the three BORA120 RGB fans on the front, a (non-RGB) 120mm on the rear, and the RF remote control. The 550 also integrates an RGB strip below the front panel, also controlled by the remote. Motherboard support ranges from Mini-ITX up to E-ATX and CPU heatsink support is up to 170mm tall. The Power supply is hidden under a cover on the bottom with the chassis supporting up to 250mm long units.

The Lian-Li Aplha 330 for $109 while the Alpha 550 RGB is priced at $179. Availability was not mentioned but we should see these available soon.