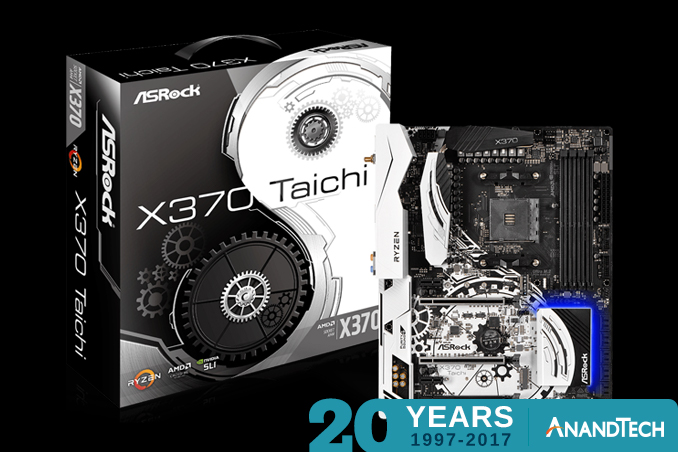 Welcome everyone to the start of the third week of our 20 day giveaway celebration of AnandTech’s 20th anniversary. We have a full schedule this week, so that means 9 more giveaways between now and Friday.

Kicking things off for the week is one of our long-time motherboard partners, ASRock. With AMD’s Ryzen CPUs selling so well – a welcome change for the battered AMD – Ryzen-compatible Socket AM4 motherboards are now in demand. So ASRock has sent over one of their X370 Taichi motherboards for us to give away to someone looking to complete their Ryzen system.

ASRock’s X370 Taichi is a full ATX board, giving it room for 3 PCIe x16 slots, and another 2 PCIe x1 slots. Along with the traditional form factor, the board also sports a duo of M.2 slots – one sporting SATA and PCIe 3, the other sporting purely PCIe 2. ASRock has also added several third-party controllers to the board, including an unnamed (but likely ASMedia) controller for USB 3.1 (Gen 2) support, an Intel I211AT controller for GigE networking, an Intel 802.11ac dual-band WiFi controller (on an includes M.2 stick), and a Realtek ALC 1220 for audio. 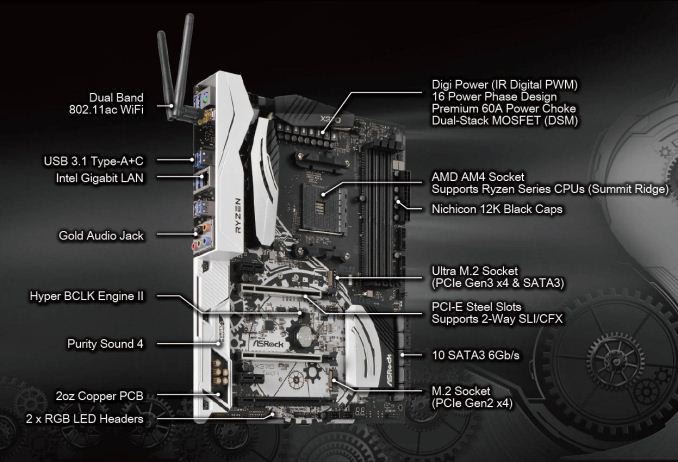 Rounding out the package, ASRock has equipped their board with their “steel slots” PCIe braces for two of the PCIe x16 slots to better support heavy video cards, along with a 16-phase power delivery system for the CPU. And while the board itself doesn’t sport RGB LEDs, it does include a pair of controlled headers for adding RGB lighting strips. Meanwhile on the software side of matters, the board uses ASRock’s latest-generation UEFI firmware, supporting features such as Instant Flash and Crashless BIOS.

Finally, as with our other giveaways, today’s giveaway is only open for 48 hours, so be sure to enter soon. However please note that for legal reasons, we’re only able to open these giveaways to residents of the United States.

Good luck to everyone! And be sure to check in this afternoon for our next giveaway.