Today Meizu launches the new PRO 6. The company had launched the PRO 5 only last September so this is a significant change in the release-schedule of the PRO series as we see the new unit come a mere 7 months after its predecessor. The "Pro" series initially debuted with the MX4Pro which we reviewed last year, since then Meizu has dropped the MX name to better differentiate between the "premium" PRO models and the more mainstream MX lineup. The PRO 6 in some ways continues where the PRO 5 left off, but at the same time makes some larger changes in terms of form-factor and component choices.

The PRO 6 is quite a strange successor as at first glance the upgrades aren't quite evident. The PRO 6 replaces the traditional Samsung LSI Exynos SoCs with MediaTek's Helio X25. The X25 is exclusive to the PRO 6 and essentially is an X20 with the dual-core A72 cluster clocked in at 2.5GHz instead of 2.3GHz. The three-cluster design also features a quad-core A53 at 2.0GHz as well as a low-power A53 quad-core at 1.4GHz. On the GPU side we see a Mali T880MP4 at 850MHz. Main memory is 4GB of LPDDR3 running at 933MHz.

The SoC choice puts the PRO 6 in a weird position when compared to the PRO 5 as except for single-thread performance the X25 should theoretically represent a downgrade compared to the Exynos 7420 in last year's model. It's especially in terms of power efficiency where this raises question as we move from a 14nm FinFET design back to a 20nm planar manufacturing process, so I hope that Meizu's SoC choice doesn't negatively impact power efficiency of the phone. 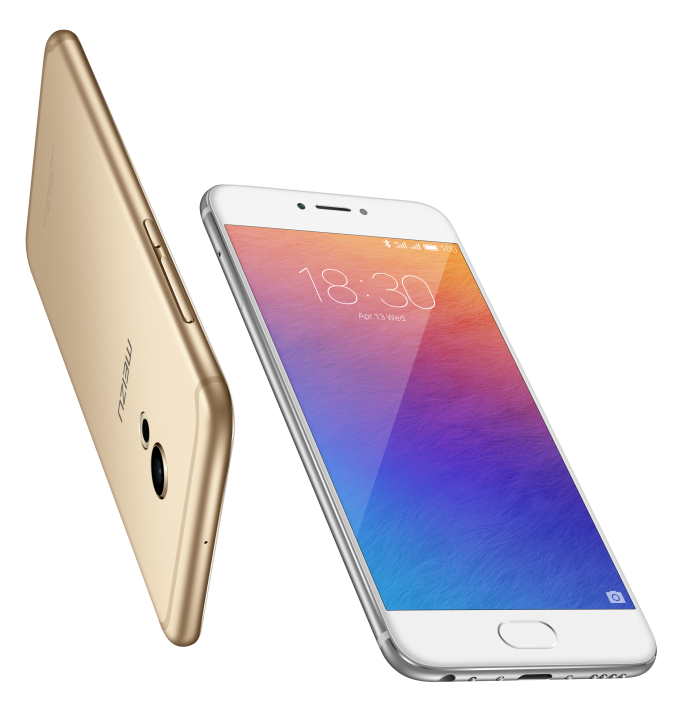 In terms of design the PRO 6 doesn't differ too much from the PRO 5, that is until one takes into account the form-factor of the new model. On the front we see very little distiguishable differences - except for the fact that Meizu downgraded the screen size from 5.7" down to 5.2" marking a departure from the larger "phablet" size. The display panel remains a 1080p AMOLED sourced by Samsung Display.

A first for Meizu is now the inclusion of a pressure sensitive touchscreen module which Meizu calls 3D Press. As we've seen in Apple's latest iPhones or even Huawei's implementation on the Mate S, this is a hardware feature that will undoubtedly depend on the software framework and applications to expose and take advantage of the new functionality. Meizu here might have some better lee-way in terms of Android customization when compared to other vendors who have to adhere to Google's CTS requirements, so it will be interesting to see what Meizu was able to come up with in the latest FlyMe 5.6 OS.

The reduction in size also has an impact on the integrated battery's capacity as we move from a 3050mAh cell down to a 2560mAh unit. Oddly enough, the device only loses 8g and remains relatively heavy for a 5.2" device, coming at 160g.

The main camera remains unchanged from the PRO 5, we find the same 21.16MP Sony IMX230 module featuring both PDAF as well as Laser auto-focus. We see a downgrade in the optics as the PRO 6 features an aperture of F/2.2 compared to the PRO 5's F/2.0 lens. The front-facing camera remains a 5MP unit with 1.4µm pixels.