To be honest, I rarely use the Mac App Store. I appreciate it because it does let me quickly get Apple applications without fumbling for a restore DVD somewhere, but otherwise I get all of my non-Apple apps directly from the source. The app store makes sense to me on iOS because that's the only option we were presented with from the start, but even there I would appreciate the flexibility of installing apps from any source. On a Mac the opposite is true. Just as was the case on PCs, I've always grabbed and installed software on my Macs from a multitude of sources and I've never really wished there was a centralized, policed repository of Mac applications. That being said, I do understand and accept that I may be a part of a shrinking minority. Apple's most successful products have been those sold effectively as appliances. The MacBook Air took many steps in the same direction by offering no end user upgradeable CPU, memory, storage or battery options. With the MBA you're buying some sort of a Mac appliance hybrid. It's a good device (I'm typing this article on an MBA now), but in many ways it's an inflexible one.

My fear is that as Apple straddles this line between the old and the new, that it will step over too far into the walled garden/appliance territory. That OS X, just like iOS, will become a platform powered only by the app store. That isn't the reality today and I hope that it never will be, but the temptation is surely there. Apple gets a cut of all software sales through the Mac app store, it doesn't elsewhere. App stores are a way of continuing to profit off of a platform after you've sold the initial hardware and operating system. From a customer experience standpoint there's also significant motivation behind supporting only a centralized app store. With complete control of what can run on the platform, Apple could guarantee and maintain the level of experience that it's always been in pursuit of.

Again, today, this isn't a problem but there's definitely movement in that direction. Mountain Lion does away with Lion's Software Update mechanism and instead integrates that into the Mac App Store directly. 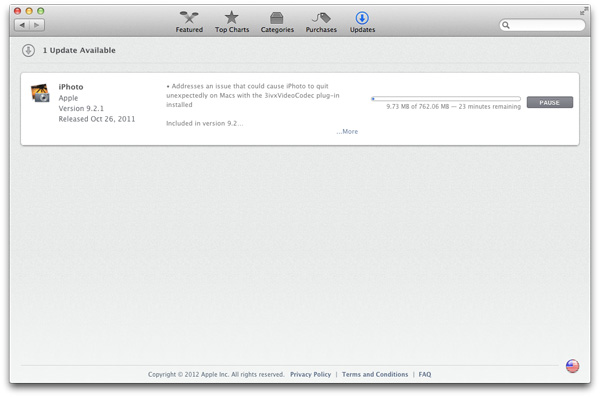 There's no change in functionality, just a change in physical location. I will admit that the software update tool always felt like it needed...updating, but I don't know that I would've put it in the MAS application. 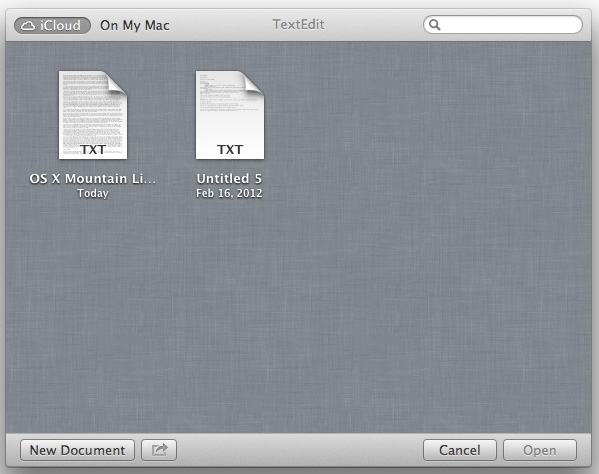 Remember all of the new APIs that developers now have access to? A couple of them are only available to applications distributed via the Mac App Store. The big one is iCloud. Any application that interfaces with or uses iCloud is required to be in the MAS. It's the tradeoff you make when you start using Apple's cloud storage as a selling feature of your application. There are ways around this requirement (you could decouple any cloud storage features from your main application and simply offer the former through the app store) but it's a bifurcation of the Mac software feature set for the most part.

The notification story is a little different.

Revamping notifications was a major part of the iOS 5 update last year and Apple decided to bring some of that to OS X. Mountain Lion sports a new iPad-like notification center that's accessible by performing a right to left, two finger swipe on a multitouch trackpad. The gesture is unique in that it's the first gesture that must be started at the very edge of the trackpad. A two finger right-left swipe starting in the middle or even an inch from the border of the trackpad is different entirely. To bring up the notifications menu you have to start the gesture at the very edge of the trackpad. It's easier to just start swiping off of the trackpad first, allowing the gesture to then continue onto the trackpad surface. The notification center gesture is very reminiscent of the PlayBook/webOS bezel gestures that have similar requirements for starting outside or at the beginning of the touch area. 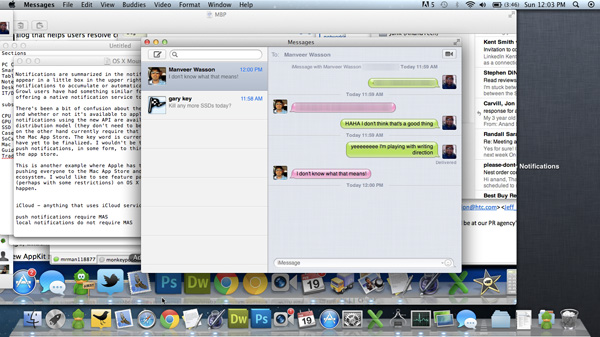 Notifications are summarized in the notification center but as they happen they appear in a little box in the upper right of your screen. You can configure notifications to accumulate or automatically disappear after a short period of time. Growl users have had something similar for a while now, but Apple is now officially offering a native notification service to all developers.

This is another example where Apple has to carefully straddle the line between pushing everyone to the Mac App Store and not abandoning the rest of the Mac software ecosystem. I would like to see feature parity regardless of distribution model (perhaps with some restrictions) on OS X going forward, but I'm not sure that will happen.