The GPU was the main recipient of Apple's attention for this upgrade. The old entry level model shipped with a pretty disappointing AMD Radeon HD 6490M. Apple has since upgraded the entry level 15-inch model to the Radeon HD 6750M, more than doubling its compute horsepower and memory bandwidth. Memory capacity has doubled as well to 512MB. I don't believe 512MB is ideal if you're going to be driving an external 27-inch panel, but for use on the notebook's screen alone (even at high res) you should be fine.

The upgraded configuration now comes with a Radeon HD 6770M. The 6770M increases shader clock but not the number of processors on the GPU. Memory bandwidth may be improved, it depends on what memory clock Apple decided on - by default the memory interface is no faster than the 6750M. The bigger difference for non-gamers will be the 1GB framebuffer that comes with the 6770M. If you're going to be using a 27-inch display, you'll want this GPU. 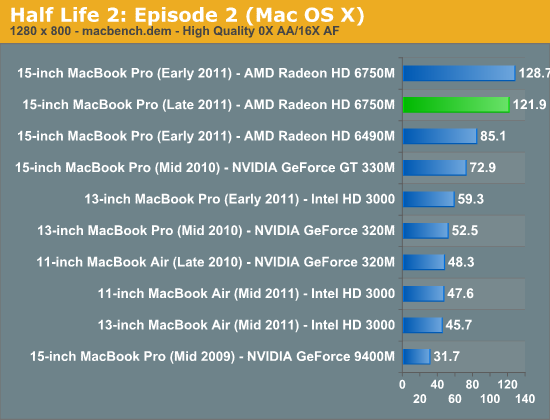 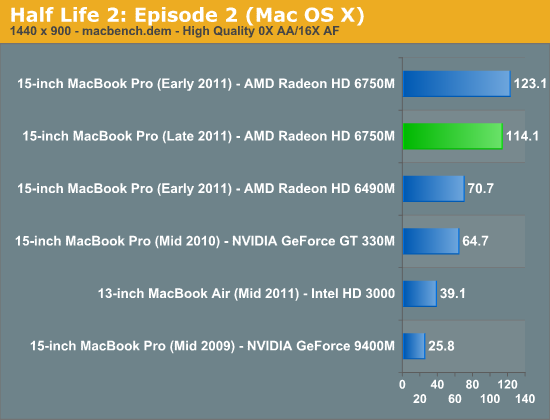 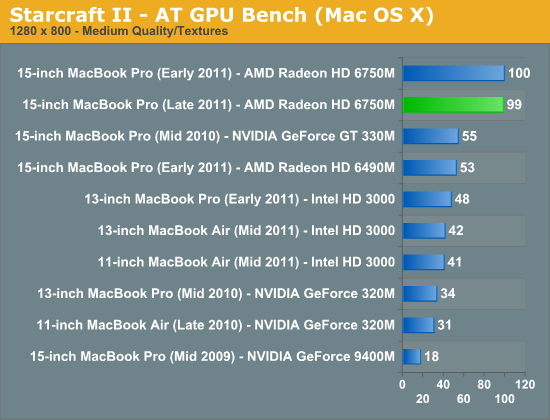 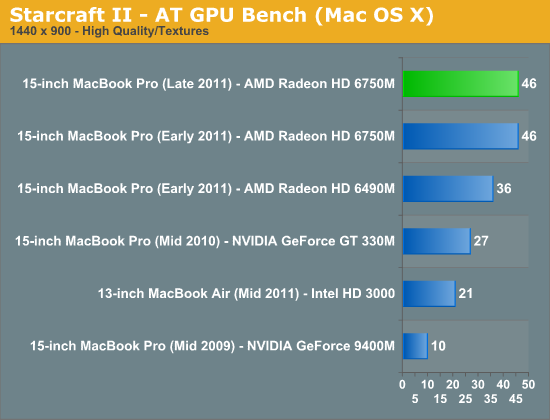 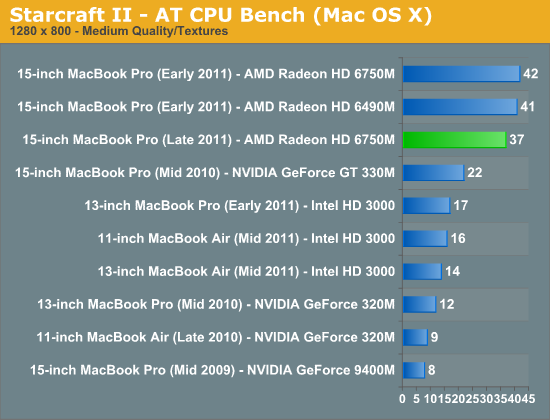 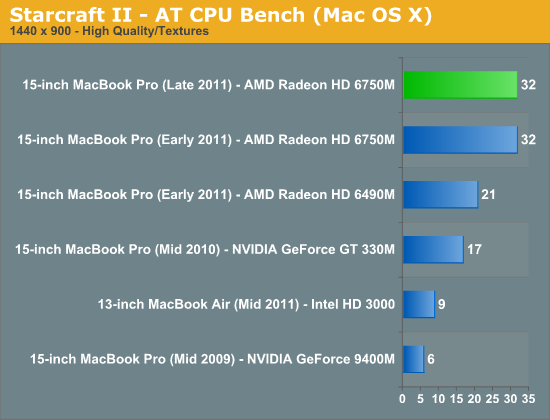