A lot about mice in gaming communities is down to personal preference.  On many forums, the good old ‘wireless or wired’ debate still rages on, with the main argument of input delay or lag against ease of movement.  So when Logitech decide to release a wireless mouse, there will a lot of criticism against it, for purely being wireless. 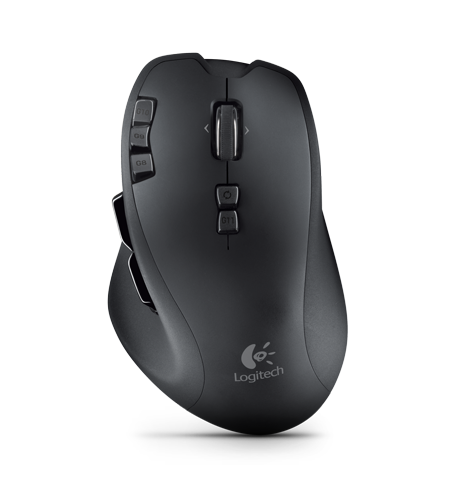 Logitech’s last G-series wireless mouse, the wireless version of the G7, was loved and loathed by many.  For around $90, the wireless G7 was a mouse with two Li-ion batteries that lasted around 7 hours each, a charging dock, a thumb button, DPI switching on the fly, and depending on which version, a carbon-fibre look.

The G700 in will set out back $99.99 (£89), and is available in right-hand mode only.  Using a nano sized USB receiver, the G700 will operate between 200 and 5700 DPI, with a USB report rate of up to 1000 per second.  By way of low-friction polytetrafluoroethylene (PTFE) feet, a ‘gaming’-grade laser and 13 individually sculpted programmable buttons with macro compatibility, Logitech is marketing this mouse as ‘ideal for MMORPGs’.

Charging comes via a quick-connect USB cable (meaning if you run out of battery mid-game, there’s no hot-swap) but there’s no mention of how long a charge lasts.  The onboard LED display lets you know when the battery is about to run out, but personal experience with the G7 suggests that you’ll only find out when you bother to look down, after you’ve just died in-game.  The mouse is apparently durable for 250 billion yards of movement, and 8 million clicks of each button.

The wireless Razer Mamba is the main competitive product at this price point.