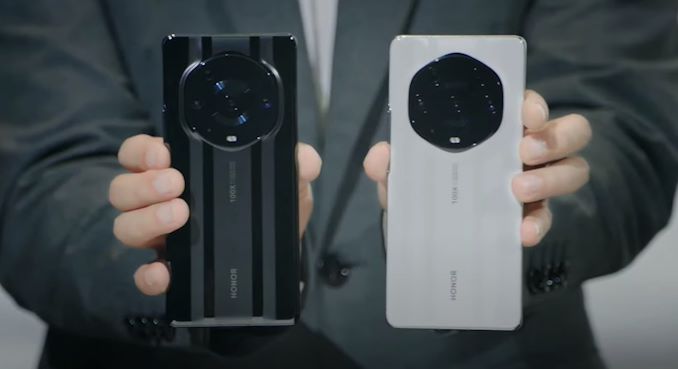 Today, we see HONOR announce the company’s new flagship Magic 3 series of devices. We’ve covered the company for many years now, but to date that was in the context of the company being a subsidiary brand of Huawei. Today’s event also comes from HONOR, but this time around from a spun off company that’s supposed to have cut ties with the trade embargoed and restricted Huawei of past. In a sense, it’s mostly the same people behind the scenes, but also at the same time, it’s also a clear cut-off from past devices, most notably in the form of the adoption of Qualcomm’s Snapdragon chipsets, the return of Google’s application suite and ecosystem, as well as a fresh start from a software OS perspective.

The Magic series in the past were rather special devices, showcases of special technology, such as for example one of the first bezel-less devices on the market with a sliding screen design. HONOR has readopted the Magic series in what appears to be their line of flagship devices – the latter which is also somewhat of a novelty for the company and team as this segment was never a focus-point before.

The new Magic 3 series consists of 3 new phones, the “regular” Magic 3, the Magic 3 Pro, and the Magic 3 Pro+. The product segmentation here follows past Huawei devices’ tactics in terms of equipping the phones with increasingly better specifications the higher you go in the range, and in particular the new Magic 3 Pro+ is pushing things quite far when it comes to aspects such as the camera system.

Starting off at the heart of the phone, the new Magic 3 series adopt Qualcomm’s Snapdragon 888 chipset – that is, at least the regular version does. The Magic 3 Pro and Pro+ are amongst one of the first devices to adopt the higher binned Snapdragon 888+, which increases the clock speeds of the X1 cores to up to 3GHz, as well as improving the ML performance of the chip.

For a few months now, we’ve heard from Qualcomm executives that they’ve been extremely excited to have HONOR as a new customer, representing a lot of growth opportunity as Huawei had its market share eradicated over the past year.

HONOR during the presentation showcased some familiar marketing names, such as GPU Turbo X. We don’t know for sure how these new mechanisms relate to GPU Turbo of years past, but the company also presented some other rather dubious and over-marketed mechanisms such as “OS Turbo X”, “Low-lateny Engine”, “Anti-aging Engine”, “Smart Memory Engine”, “LINK Turbo X” – over the past few years we’ve seen many of the Asian vendors give such marketed names to extremely generic and common operating system mechanisms, so it always sheds a lot of doubt on their legitimacy and if it even does anything. 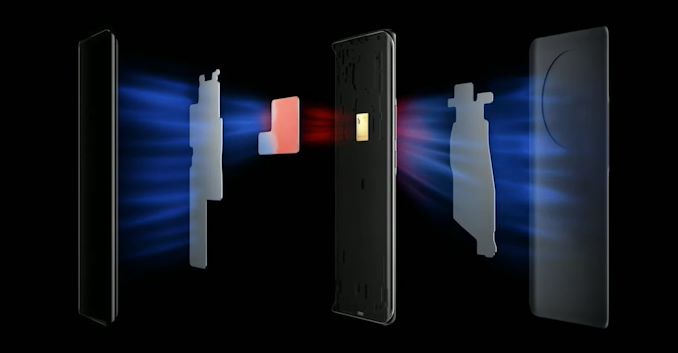 One hardware aspect of the Magic 3 series that HONOR is promoting is the introduction of hexagonal graphene sheets for improve thermal dissipation from the SoC. The new structure here likely helps the graphene sheets to dissipate the heat into multiple directions, and the company is promising a “50%” improvement in heat dissipation from the SoC compared to previous implementations. HONOR went on so far to claim that the Magic 3 series outperforms Apple’s iPhonr 12 Pro in performance and thermals in games such as Genshin Impact – which is quite interesting as a claim, but possible if the phone is really able to sustain quite high average power levels of the SoC. 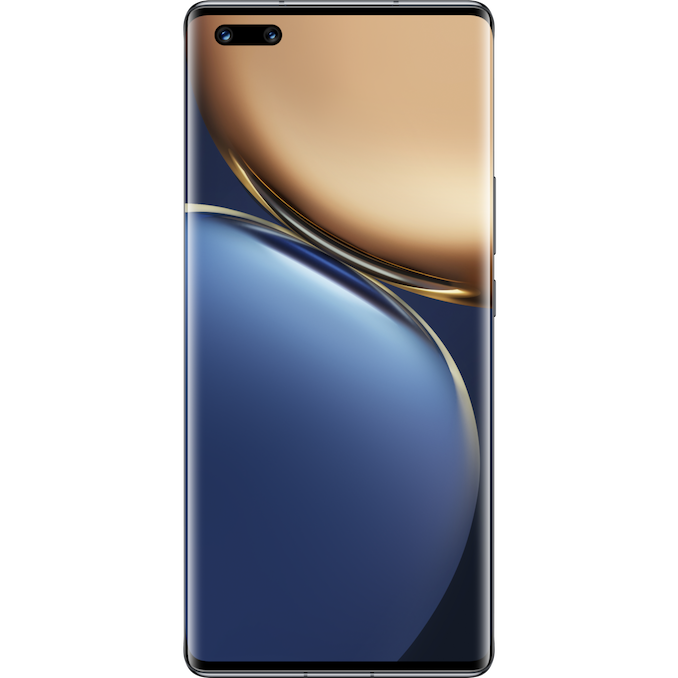 At the front of the phone, all the Magic 3 series devices are supposed to look the same, and feature the exact same screen panel. The 6.76” OLED features a resolution of 2772 x 1344, and also supports high refresh rate up to 120Hz. HDR10+ is advertised, but the company couldn’t confirm if the display features any further advanced features such as variable refresh rate – so my initial suspicion is that it’s a more generic design.

HONOR put a lot of emphasis on the extreme curvature of the display – 89° to the sides of the phone. We had seen similar implementations such as on the Mate 30 Pro in the past, however I find that while it was an interesting experiment to make, that this design element was not well received by many, including myself, so I think it will remain a very divisive element of the phone. The verdict here is still open until we can get a hands-on with the phone and see if the ergonomics work out or not.

The front display also features a pill-shaped notch, featuring a 13MP front camera and a dToF sensor for secure face unlock. This latter module is advertised as only being present on the Pro models – I’m actually not sure how the display cut-out is supposed to look on the regular model and HONOR hasn’t shared a single image of the front of that specific device – maybe it has a simple hole-punch design? 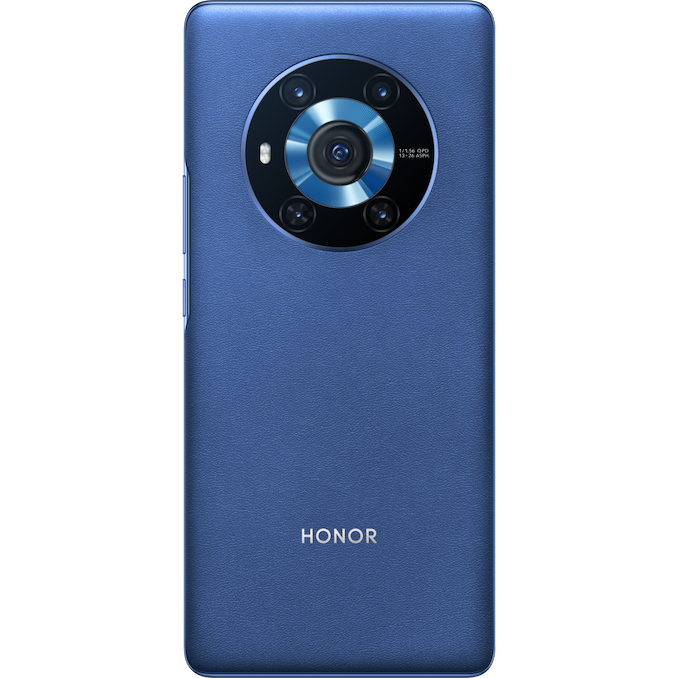 The back of the regular Magic 3 reminds us a lot of Huawei’s Mate 30 series – although HONOR here calls the design “the eye of muse”. One difference is that the main camera is located in the centre of the design which remains fairly symmetric.

The phone comes in either glass or vegan leather options – the vegan leather variant is a little bit thicker at 9.5mm rather than 8.9mm for the glass, and weighs 1g less than the glass variant. 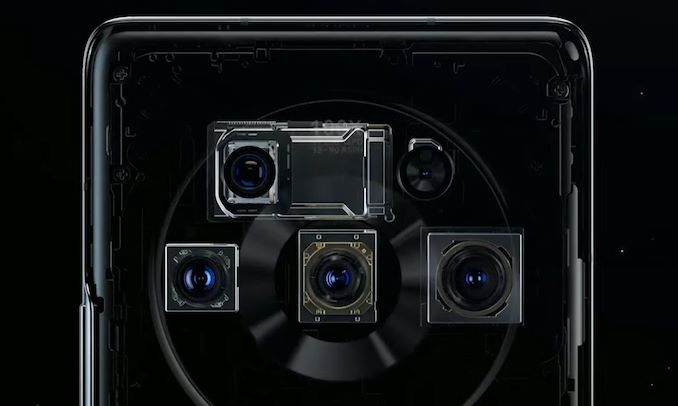 The main camera module on the Magic 3 and 3 Pro is the IMX766 – a 1/1.56” format sensor with 1.0µm pixels and 50MP resolution, binning down to 12.5MP 2µm pixels for regular shots. HONOR advertises a focal length of 23mm which is quite wide and I would be quite disappointed to see if whether they are doing the same cropping to 10MP / 26mm equivalent cropping as Huawei did in recent devices as this generally defeats the purpose of the resolution and optics of the module. Optics are f/1.9 without OIS, which is concerning.

What’s extremely odd in HONOR’s pre-briefing and general product presentation, is that the team only passingly noted that the phone also has a 64MP monochrome sensor at f/1.8. The company made absolutely zero mention of what this module is supposed to achieve – Huawei had presented a similar feature on their P50 series phone which was recently announced, and had talked about how it’s being used to improve dynamic range and resolution through image fusion.

I had asked HONOR about their image processing, and the company admitted that they essentially have to start from scratch – not only because of their divorce from Huawei, but also because it’s a whole new SoC and ISP system, on new sensors. Although the team here mentioned that they have done their best efforts, and that the end result should be judged, it felt as if they weren’t quite as confident. For example, they wouldn’t confirm if they had managed to develop a computational photography night mode capture mechanism, so it’s definitely a big question mark remaining as to the phone’s camera prowess. 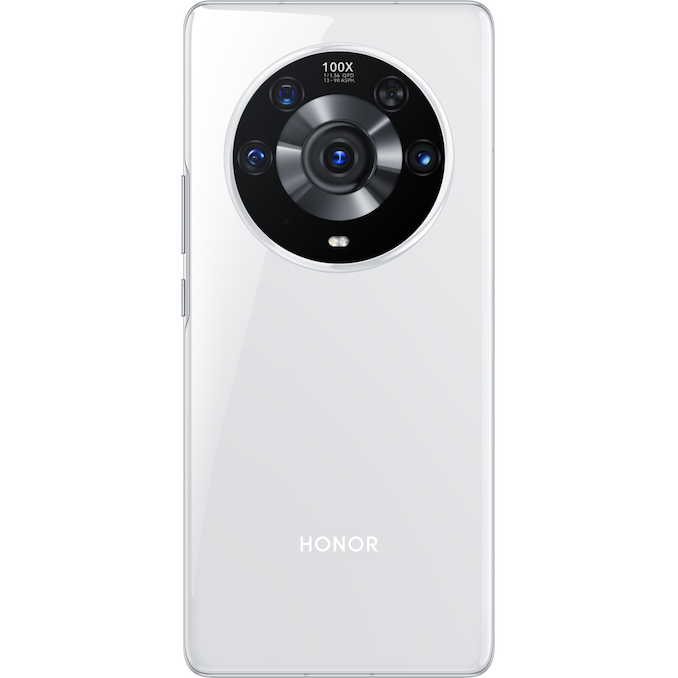 The Magic 3 Pro features a different camera layout, with a larger circular element on the back of the phone. The main camera and ultra-wide are the same, along with the monochrome sensor, but what’s added is a periscope telephoto module.

This periscope module is actually extremely smart – at 64MP and 90mm focal length, the resolving power of the camera goes up to 8.84 or 17.67 arcseconds per pixel, which is comparable and competitive to the 8.21 arcsecond per pixel periscope of the S21 Ultra, or 7.45 and 14.9 arcsecond per pixel module of the Mi 11 Ultra. The only real issue here is that with an aperture of f/3.5, the diffraction limit and airy disk or the optics is quite a lot larger than the tiny pixel size of the sensor, so it remains to be seen how the quality compares. 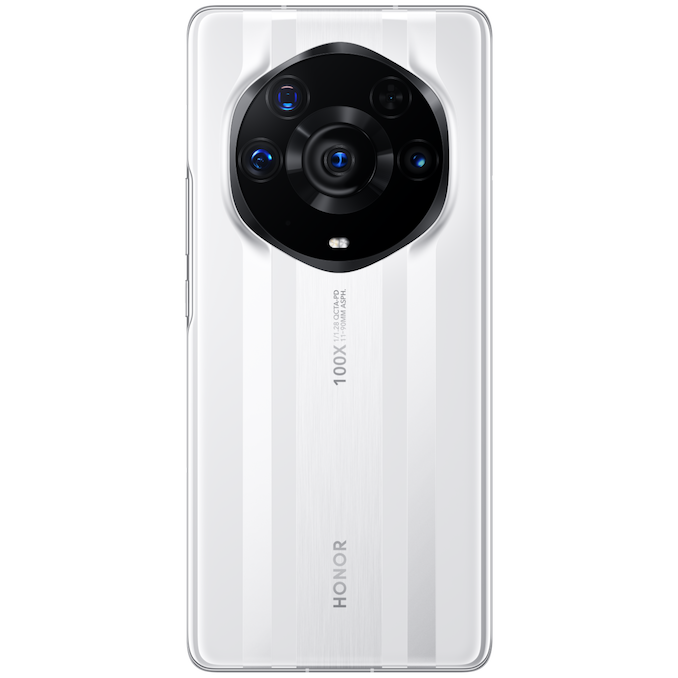 Alongside the Magic 3 and Magic 3 Pro, we have also the Magic 3 Pro+. This unit differentiates itself from the Pro by adopting a different main camera sensor, a 1/1.28” IMX700 with 1.22µm pixels at 50MP resolution. This is a very large sensor and amongst the largest out there, though it’s a bit smaller than the gargantuan module of the Mi 11 Ultra.

The Pro+ also upgrades the ultra-wide camera from 13MP to 64MP – though the sensor here is only a 1/2.0” format one with 0.7µm pixels, binning down to 16MP 1.4µm pixels. What’s also remarkable is the optics, though only f/2.2, it features a 126°FoV or 11mm equivalent diagonal focal length, which would make it the widest ultra-wide of any phone out there.

The Pro+ has a ceramic back, which HONOR refers to as “Nano Ceramic”. While ceramic bodies are more scratch resistant, they’re also heavier, and the Pro+ comes in at 237g which is quite a bit more than the 213g of the Magic 3 Pro, in turn also heavier than the regular 203g Magic 3.

In terms of pricing, HONOR announced the Magic 3 at 8+256GB at 899€, the Magic 3 Pro at 12+256GB at 1099€, and the Magic 3 Pro+ at 12+512GB at 1499€. These are extremely high prices for the phones, particularly the regular Magic 3 which lacks a lot of the more advanced features of its Pro siblings. Admittedly the Pro+ pricing is quite absurd, but it also features a camera configuration that is unique. Still, HONOR here is pricing themselves above Samsung’s S21 Ultra and the Mi 11 Ultra, which is a very large gamble to make given the company’s essentially restart from scratch.

Particularly what worries me is the software maturity and how the cameras will compete – and if they will be competitive from an image processing standpoint. The western models of the phones will now ship with Google services and most importantly Google Play, so they are much better value devices than what Huawei was able to offer in recent troubled years.

Availability in European markets wasn’t concretely announced, but should start in the September timeframe. We’ll be reviewing the Magic 3 Pro+ once we receive a review sample, and looking forward to put the device through its paces.