Today OnePlus is announcing the 2021 successor to the OnePlus Nord – the company mid-range line-up phone. The new phone takes the hardware platform from the OPPO Reno 5 Pro in that it is now powered by the new MediaTek Dimensity 1200. What’s unusual here is that it appears that OnePlus is going exclusively MediaTek for the device, and maybe correlated to this fact is that the device isn’t currently being announced for the US.

Starting with the SoC, the Nord 2 is powered by MediaTek’s Dimensity 1200, which is a 6nm SoC upgrade to the Dimensity 1000 generation from last gen, featuring new a Cortex-A78 core that clock up to 3GHz, three A78’s at 2.6GHz, and four A55’s at 2.0GHz. The GPU is an older Mali-G77MP9 at an undisclosed frequency. OnePlus claims they have an exclusive “AI” variant of the chip that seemingly has higher clock speeds in the NPU and DSP blocks.

Connectivity wise there’s naturally the 5G capabilities of the SoC (sub-6GHz), but there’s also a new WiFi 6 compatible combo chip and an upgrade to Bluetooth 5.2. 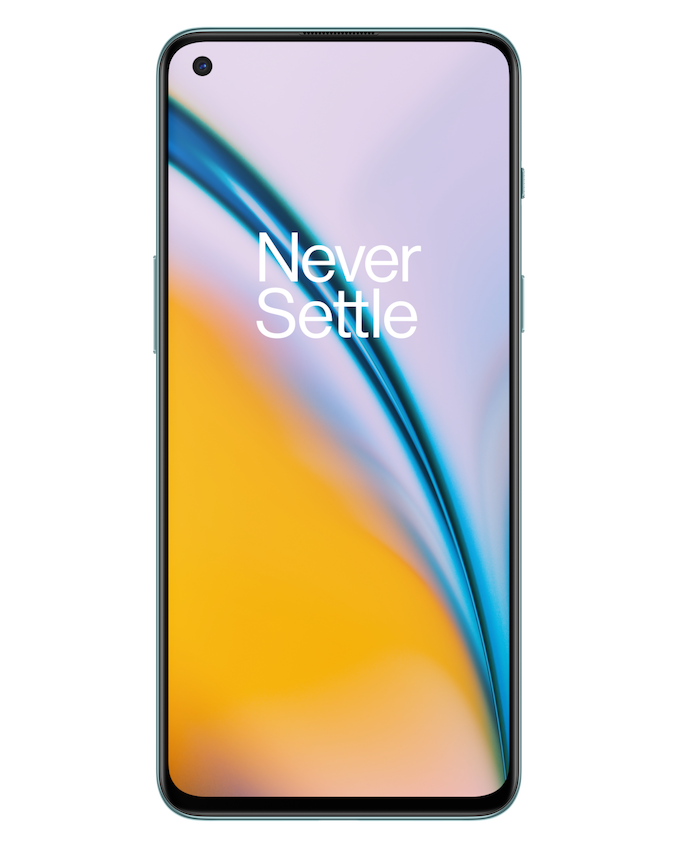 The display specifications appear identical to the original OnePlus Nord, however with smaller diagonal at 6.43” vs 6.44”. It’s still an AMOLED display at 2400 x 1080 resolution and 90Hz refresh rate.

What’s different here design wise is that OnePlus has dropped the ultra-wide module, so instead of two front cameras in a pill-shaped cut-out you only remain with the same 32MP main unit, though this time it’s advertised as an IMX615 versus IMX616 last generation – the differences between the two are unclear as the fundamental specifications are the same.

The rear of the phone has a camera island design that looks similar to that of the OnePlus 9 Pro but also takes queues from the Reno 5 Pro series. It’s essentially a dual-camera phone, with the main module being an IMX766 at 50MP which we also saw on the Find X3 Pro, it’s generally a large 1.0µm pixel unit and sensor size at 1/1.56” which is somewhat unique and rare for the mid-range, and features f/1.88 26mm equivalent optics with OIS.

The secondary camera is an 8MP unit with an ultra-wide diagonal field of view of 119° and f/2.25 aperture optics – no further details were supplied on this module, so it’s probably quite basic. There’s also a 2MP macro camera but these generally are unusable and are there just for marketing purposes.

The phone weighs in at 189g which is generally in line with the industry as it has a 4500mAh battery in two cells for serial high-voltage charging at up to 65W power. It will be interesting to see the phone’s power efficiency as this was one aspect that wasn’t convincing on the 9 Pro.

The design appears very ergonomic and is reasonably thin at 8.25mm. There’s a rounded frame and back cover curvature while the screen only appears to have a smaller 2.5D edge.

The phone features dual stereo speakers (one being the earpiece), and a simply USB-C with 2.0 connectivity. Dual nanoSIM slots serves for more flexible connectivity for target markets.

In the 8/128GB configuration, the phone is starting at £399 and 399€, with pre-orders starting now, and salves going live on July 28th. OnePlus wasn’t clear what markets will get the Nord 2 – but at time of writing the product pages are only available for European countries and India.