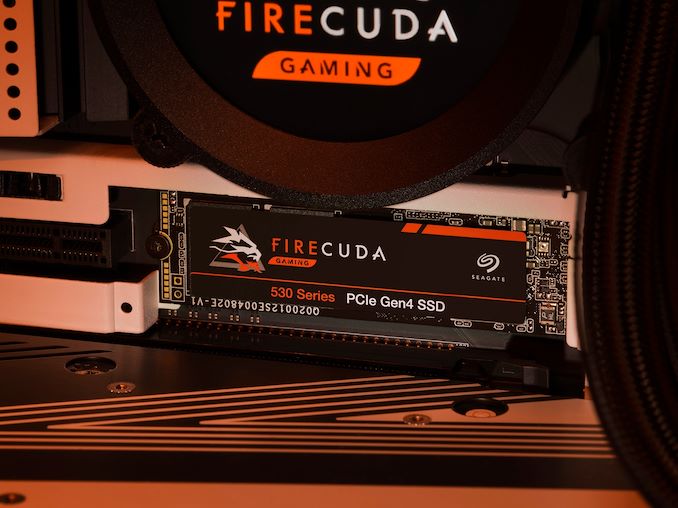 The gaming segment continues to experience rapid growth in the PC market, and we have seen PC component vendors come  up with launch events specifically targeting gamers. Seagate's inaugural Virtual Gaming Event (SG21) is the latest in this list, and the company is announcing its latest flagship SSD - the FireCuda 530 at this event. With its PCIe 4.0 x4 interface, there is a significant jump in sequential access speeds (reads up to 7300 MBps). This has has an ideal target market in the gaming segment, with the fast load times making a visible difference in the user experience.

The drives in Seagate's FireCuda SSD series have typically been based on Phison controllers using custom firmware (with the company's preferred term being 'Seagate-validated'), and the FireCuda 530 is no different. It is based on Phison's PS5018-E18 using the latest 3D TLC NAND (Micron's B47R 176L). A number of E18-based SSDs have hit the market over the 6 months, and we also reviewed the Inland Performance Plus a few weeks back. It was held back a bit by the use of 96L 3D TLC - an aspect that should be addressed by the latest 176-layer NAND. 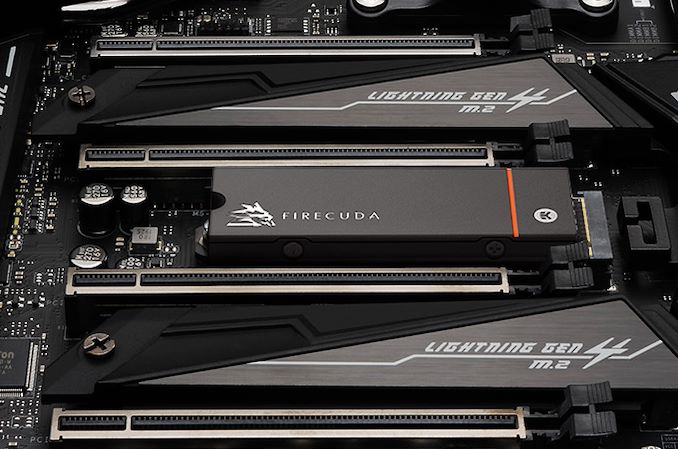 Similar to other flagship M.2 PCIe 4.0 x4 NVMe SSDs, the FireCuda 530 also comes with a heatsink option. Unlike the ridged designs common for this application, Seagate has gone in for a minimalist option designed by EKWB - a finely-textured aluminum block weighing more than the usual finned heatsinks, while still retaining a slim profile for wide compatibility.

While the FireCuda 520 came with 1 DWPD ratings, Seagate has returned to conservative roots with the consumer-standard 0.7 DWPD for the write endurance of the FireCuda 530 SSDs. The heatsink is optional, since most new motherboards are providing their own M.2 cooling solution. It does add a $50 premium to the barebones version. In addition to the 5-year warranty, Seagate also includes a 3-year Rescue Data Recovery Service plan with the SSD.

Pricing is par for the course with other E18 SSDs, and the added DRS tends to pull up the value for money aspect in the high-end space. Seagate also appears to be one of the very few vendors with a 512GB option in this performance class (E18-based SSDs). This is understandable, as the amount of parallelism available in 512GB-class drives is not high enough to sustain the link bandwidth for sequential writes (The 512GB SKU tops out at 3GBps, while the 2TB and 4TB ones reach up to 6.9GBps). On the power consumption front, the average active power ranges from 5.8W for the 500GB SKU to 8.4W for the 4TB one.

Overall, the product appears to check all the right boxes for gamers and content creators looking to purchase a new PCIe 4.0 SSD this summer.