At first sight, Corsair’s latest liquid cooler looks deceptively simple. Its massive proportions certainly are inspiring but the simplistic appearance does not hint at how advanced this cooler is. At a high level, the design is based on the standard AIO configuration of a single radiator, two hoses, and a single block that combines the copper CPU contact plate with a mini liquid pump. Corsair went with thick-walled FEP (Fluorinated Ethylene Propylene) tubing with nylon sleeve braiding instead of the usual stiff corrugated tubing, which is more flexible and aesthetically superior. 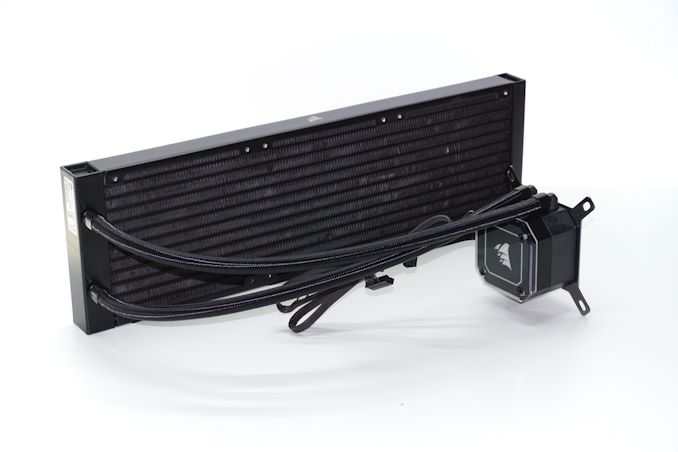 The massive 400 mm long radiator requires a case designed to hold three 120 mm fans in the row, yet also with enough clearance to fit the extra mass of the radiator itself. It is 27 mm thick, requiring a clearance of 55 mm with the fans installed in order to fit inside a system. Size aside, the radiator is the typical dual-pass cross-flow design with tiny fins soldered on thin oblong tubes, as the vast majority of AIO cooler radiators are. Due to its thickness, the radiator’s airflow resistance is low and clearly designed to perform with very little air pressure. 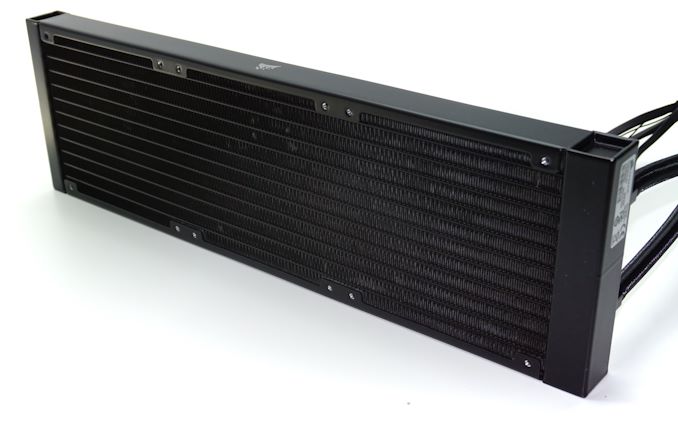 The main block assembly of the H150i Elite Capellix initially appears unrefined – however, the octagonal body hides a record number of thirty-three fully programmable RGB LEDs and the top plate is removable, providing extra flexibility to users. Corsair includes two top plates in the bundle, one darker and one brighter, but the relatively simple shape of the top cover allows for very easy customization if someone has access to a 3D printer or CNC. The block is powered via the Commander CORE module and has a 3-pin motherboard connector that serves only as a tachometer for speed/health monitoring. 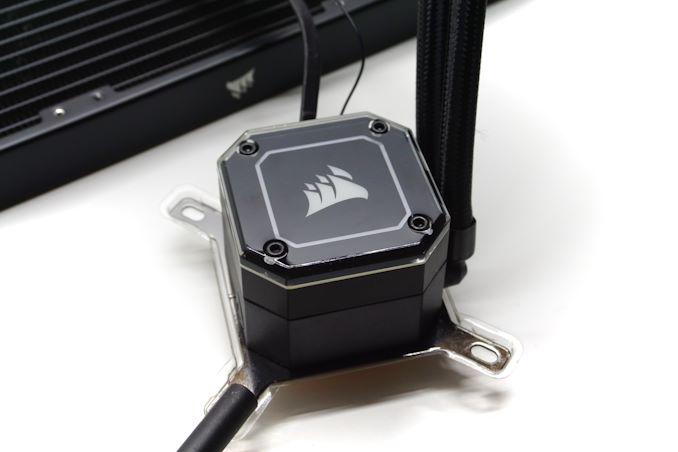 The octagonal copper contact plate is attached to the base of the block with eight screws. Although it is not machined to a perfect mirror finish, it is very smooth and perfectly flat, which is what matters for good thermal performance. Thermal material is pre-applied to it. 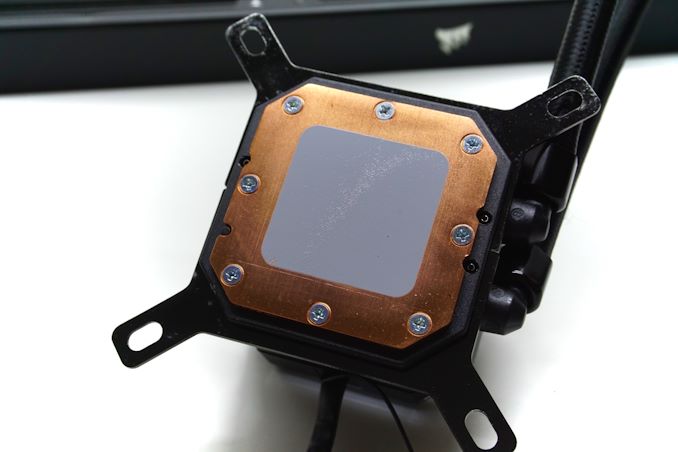 Once everything is properly connected and powered, the H150i Elite Capellix becomes a canvas full of colors. The LEDs are controlled by the Commander CORE interface and lighting effects are programmable via Corsair's iCUE software. It is the presence of the Commander CORE module that makes the new H150i Elite Capellix so much more flexible than previous versions of the cooler – when combined with the now highly advanced iCUE software, the number of programming options are endless. 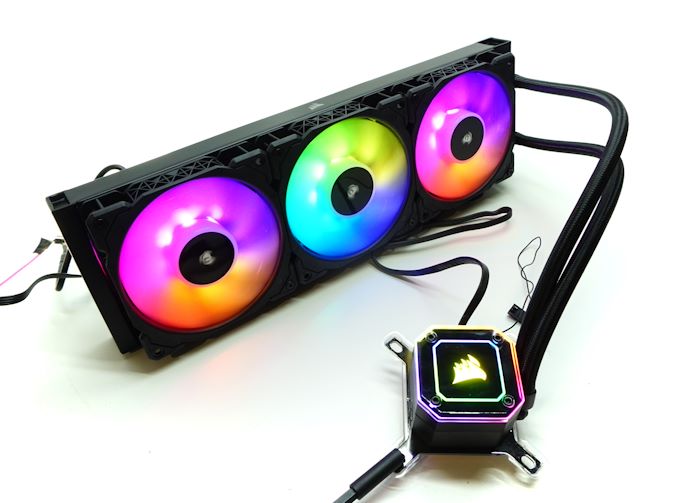 For example, users can stick with basic lighting effects that are purely aesthetic or program practical indicative lighting effects and/or reactions, such as temperature-dependent colors, alarms, and more. Additionally, the Commander CORE module paired with the iCUE software offers a complete synergy between all compatible Corsair devices, allowing inter-device manipulation and commands. For example, users could very well turn the Function row of a compatible keyboard into a lighting bar that indicates the RPM % of the cooler’s fans or change the cooler’s lighting colors based on which mouse profile is currently active. 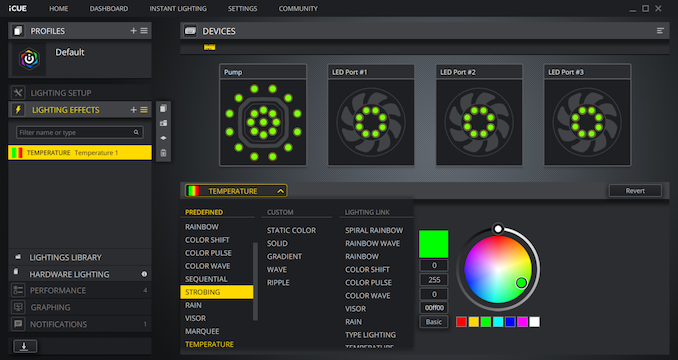