Besides the multi-GPU scalability, another big feature introduction to the B-Series is the addition of a completely new image compression algorithm, simply dubbed IMGIC, or Imagination Image Compression.

Compression is an integral part of modern GPUs as otherwise the designs would simply be memory bandwidth starved. To date, Imagination has been using PVRIC to achieve this. The problem with PVRIC was that it was a relatively uncompetitive compression format, falling behind in data compression ratio compared to other competitor techniques such as Arm’s AFBC (Arm Frame-Buffer Compression). This resulted in IMG GPUs using up more bandwidth than a comparable Arm GPU. 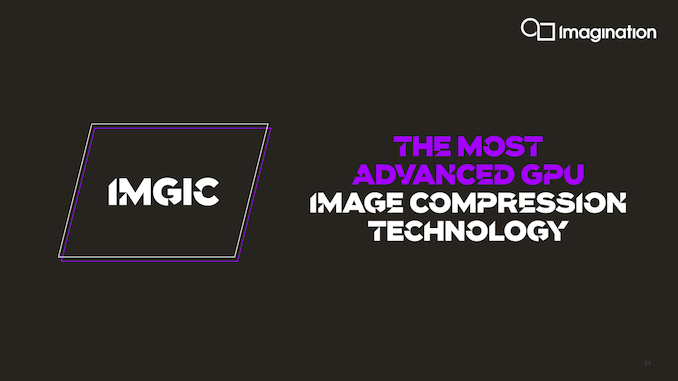 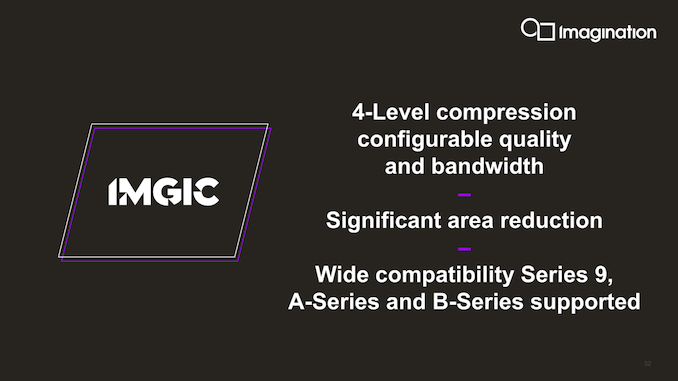 IMGIC is a completely new and redesigned compression algorithm that replaces PVRIC. Imagination touts this as the most advanced image compression technology, offering extreme bandwidth savings and a lot more flexibility compared to previous PVRIC designs. Amongst the flexibility aspect of things, IMGIC can now work on individual pixels instead of just smaller tiles or pixel groups.

Furthermore, the new algorithm is said to be 8x simpler than PVRIC, meaning the hardware implementation is also much simplified and achieves a significant are area reduction. 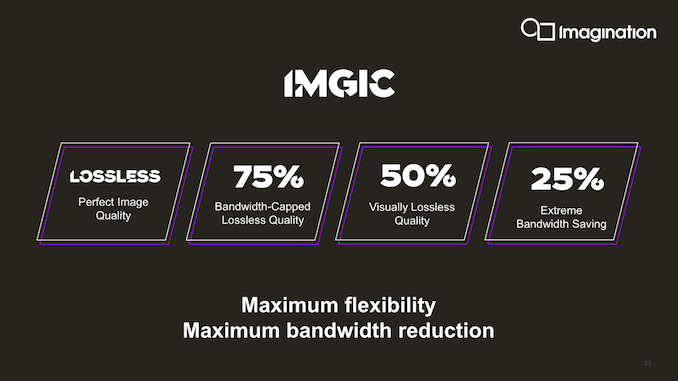 The new implementation gives vendors more scaling options, adding compression ratios down to a lossy 25% for extreme bandwidth savings. SoC vendors can use this to alleviate bandwidth starved scenarios or QoS scenarios where other IPs on the SoC should take priority. 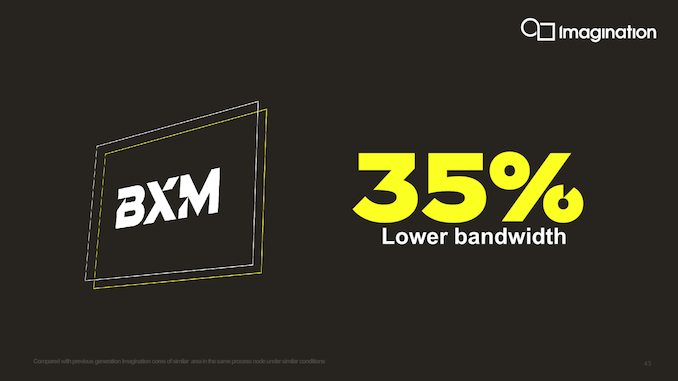 Overall, the B-Series now offers a 35% reduction in bandwidth compared to the A-Series and previous generation Imagination GPU architectures, which is a rather large improvement given that memory bandwidth is a costly matter, both in terms of actual silicon cost as well as energy usage.