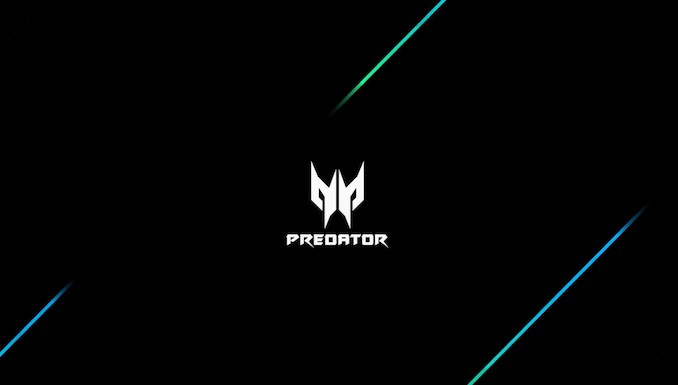 Today at the Next@Acer conference, Acer is announcing an updated version of their compact gaming desktop, the Predator Orion 3000, and the company was able to send us a pre-production unit for a hands-on. As this is a pre-production unit, final performance is not yet fine-tuned, but we can go over the new chassis design, as well as the internals of this mid-sized tower PC.

Acer’s updated Orion 3000 chassis is a well-thought out design, with some excellent features, and a compact and stylish design that would fit well on any gaming desk. Acer offers the Orion 3000 with a black perforated side panel, or you can opt for an EMI compliant tempered glass side if you want to check out the RGB-lit interior. At 18 Liters, the Orion 3000 is also surprisingly compact considering the powerful components inside. 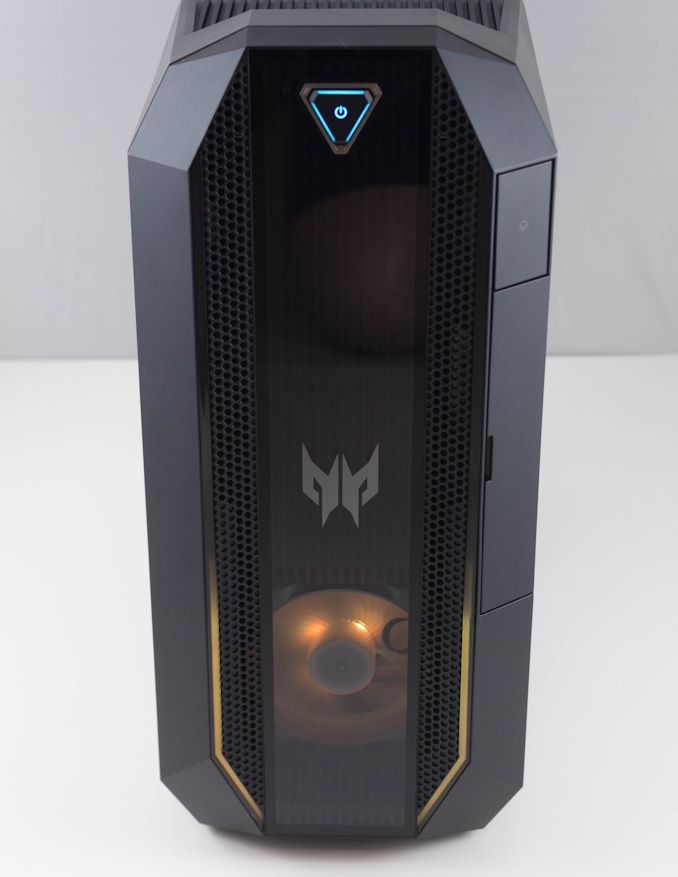 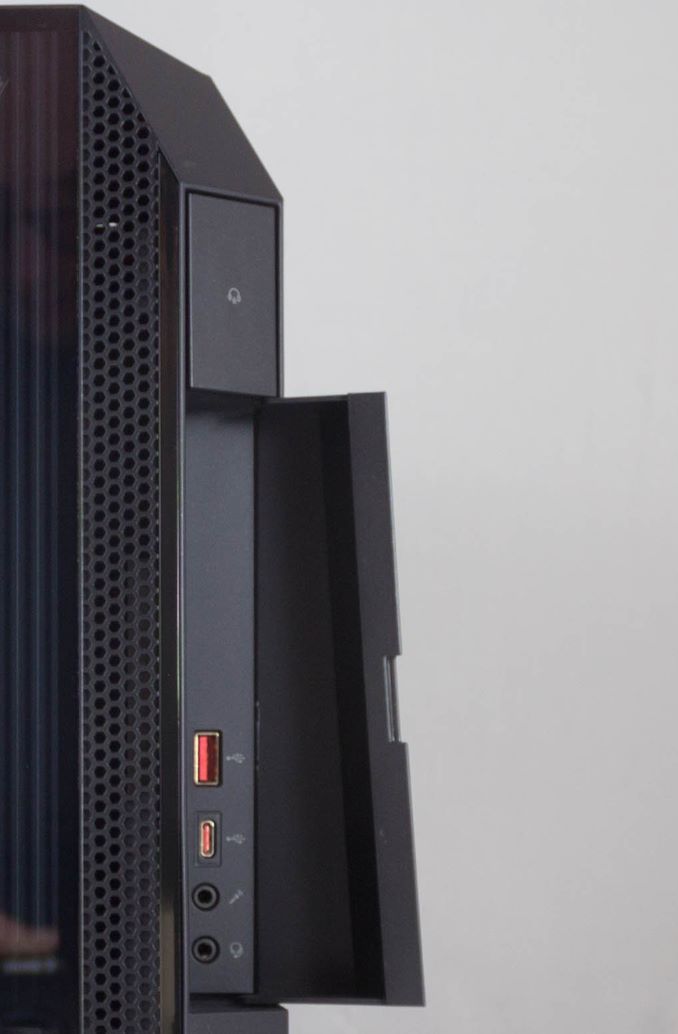 Keeping everything cool are two Predator “Frostblade” fans, with 16.7 million colors to choose from in the PredatorSense App. The RGB also continues with two accent lights along the front of the case, and with or without the clear side panel, the lighting is plenty to create a glow around the system. Powering up the system was impressive, not only because of the random RGB color scheme, but also because the Frostblade fans were tuned for a very low noise level. The system, even as a pre-production sample, was nearly silent at idle. 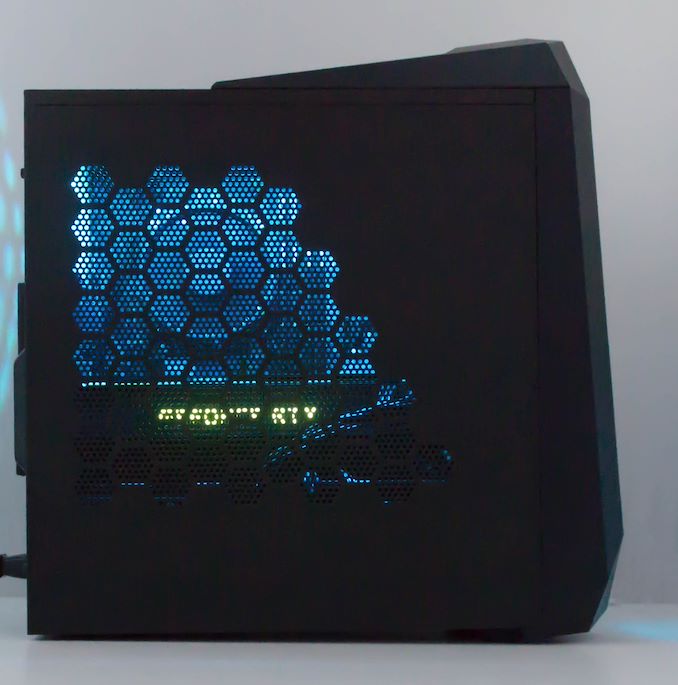 The Orion 3000 isn’t just about style though. Acer has some wonderful functional elements to their design as well. The top of the case houses a built-in carrying handle, which makes the small desktop very easy to move around, and although I am not sure if Acer came up with the idea of including a headset holder built into the chassis, but it’s a brilliant idea and one I wish my own case offered. The power button is very prominent and easy to access, and for the new design Acer has moved the front panel ports behind a small door to keep them concealed when not in use. Whether or not you’d like them behind a door probably depends on how often you use them, but the door looks like it could be removed without too much effort. 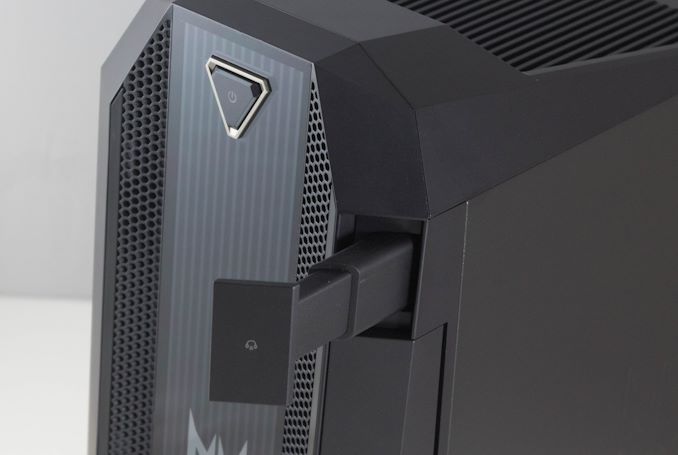 As this is a pre-production unit, the cable management will likely be adjusted somewhat in the next couple of months, but even so it did not impede airflow at all. 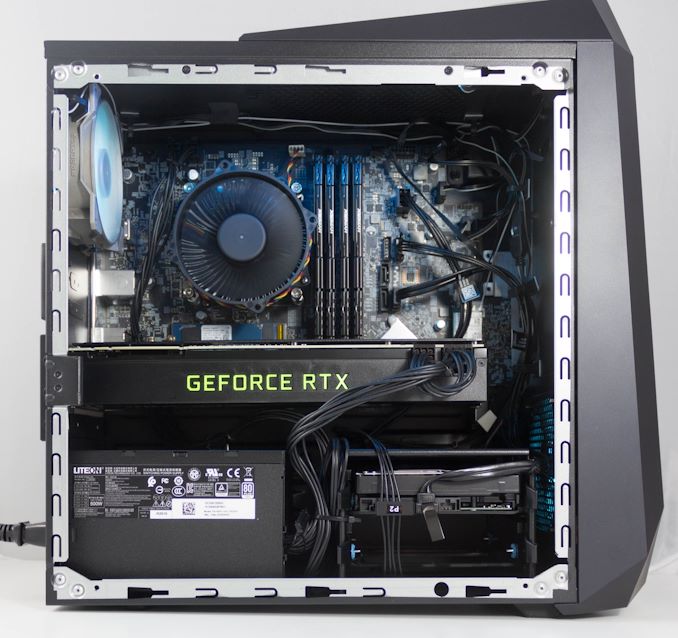 The case has room for two 3.5-inch SATA drives, as well as an NVMe slot for the built-in storage, of which Acer is offering up to 1 TB for the boot drive. The system will have a single PCIe x16 slot for the GPU, so any expansion will have to be over USB. There’s onboard Gigabit Ethernet and Wi-Fi 6 to cover any networking needs. 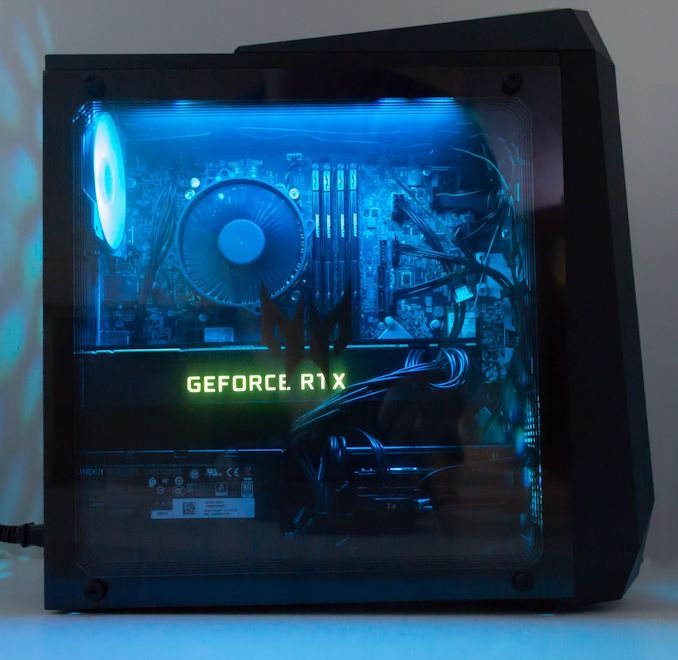 Acer will be offering a wide-range of performance, with Core i5 and Core i7 models, and up to 64 GB of DDR4-2666 memory. On the GPU front, Acer is offering the NVIDIA GeForce GTX 1650 and 1660, and RTX 2060, 2060 Super, and 2070 Super options. The sample we were provided featured a 500-Watt power supply, which should be plenty to handle everything Acer is offering.

The redesigned Predator Orion 3000 will be available in September, starting at $999.99 USD.