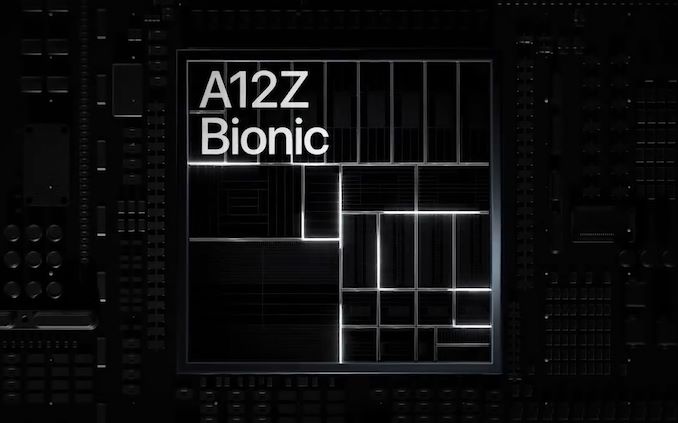 Last month Apple introduced its latest generation of iPad Pro tablets, and much to the surprise of many, the new iDevices didn’t come with a high-end variant of Apple’s newest A13 SoC. Instead, the iPads used an SoC that Apple was calling the A12Z, clearly indicating that it was based on the same Vortex/Tempest architecture as the earlier A12X, which was used in the 2018 iPad Pros. The unusual move from Apple left us suspecting that the A12Z may not have even been a new chip, but rather a new bin of the A12X, and today we finally have confirmation of that theory thanks to TechInsights.

In a brief tweet, the technical analysis and reverse engineering firm published a note announcing their findings, along with side-by-side die shots comparing A12Z and A12X. In short, the two chips are seemingly identical, with every last functional block in exactly the same place and the same size on A12Z as it was A12X.

Our analysis confirms #Apple #A12Z GPU chip found inside #iPadPro (model A2068) is the same as A12X predecessor. A report of our findings is underway & will be available as part of TechInsights' #Logic Subscription. Learn more here https://t.co/WWQqlPorNF pic.twitter.com/RsQEADpZsc

While TechInsights’ die shot analysis doesn’t suss out some finer details such as chip steppings – whether A12Z is even on a newer stepping, or if it’s the same stepping as the A12X that Apple was shipping in 2018 for the IPad Pro launch – it’s clear that in terms of silicon, A12Z doesn’t bring anything new to the table.

Instead, the notable changes between the two chips is in their binning/configuration: whereas the A12X only ever shipped with 7 of its GPU clusters enabled, A12Z ships with all 8 enabled. And while a small change in the grand picture of things, it makes sense for Apple to finally enable the 8th cluster for a bit more performance. A12X is produced on TSMC’s 7nm line, and when it was released in 2018, it was one of the biggest 7nm chips being churned out. So Apple should be enjoying much better yields 18 months later, reducing the need to bin to a lower spec to salvage chips.

As for why Apple would opt to re-use A12X for their 2020 tablets instead of commissioning an A13X, while we can only speculate, it almost certainly comes down to economics, as the tablet market is quite different from the smartphone market. Apple is virtually unchallenged as far as high-performance Arm tablets go, and even then, the number of iPads they sell has always been a drop in the bucket compared to the number of iPhones they sell. So there are fewer devices to amortize the costs of chip development against, and all the while chip development costs are continuing to rise with each new generation of photolithography technology. In short, at some point it has to stop making sense to create new chip designs on a yearly basis for mid-volume products, and Apple may very well have finally hit that mark with their tablet SoCs.