At Computex ADATA had a variety of new SSDs on display. While most were based on upcoming technologies such as TLC NAND and the PCIe/NVMe interface, the company also displayed an XPG SX930 - an update to ADATA's high-end XPG lineup. The series was in need of a refresh because the SX900 dates back to 2012, so with the SX930 ADATA is hoping to breath new life into its enthusiast SSDs. The SX930 is equipped with JMicron's new JMF670H controller, 'enterprise-grade' Micron 16nm 128Gbit NAND and features a five-year warranty. Read on to find out how JMicron's new controller stacks up against the competition! 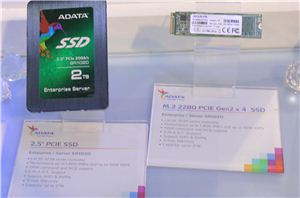 We already covered ADATA's DDR4 last week but they had a ton of other interesting products at their booth. I'll start with the SSDs as they are the most...