In my mind, I think of the ZenPad S Z580CA as a companion to the ZenFone 2. Both devices have an affordable price, and you can really buy both of them and still end up spending less than you would on a flagship smartphone. While they definitely share a UI and many internal hardware components, there isn't much similarity between the external design and construction of the two devices. 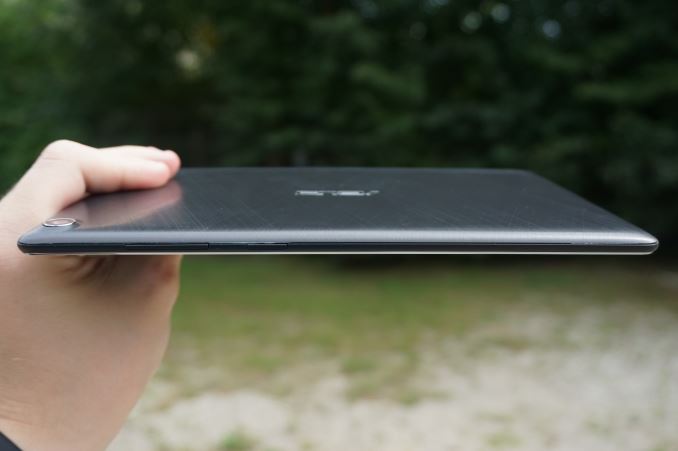 The first thing you'll notice when you pick up the ZenPad S isn't how the materials feel, but how incredibly thin and light the entire device feels. It's 6.6mm thick at its thinnest point, and the thickest point is only a small fraction of a millimeter thicker than that. Its mass is only 298g, which makes it the lightest tablet I've looked at to date. While it's not as thin as the iPad Air 2 or the Dell Venue 8 7840, the thickness and mass work together to give a feeling of lightness and portability that I've only ever experienced with one other device, which was the original iPad Mini.

There's not much to say about the front of the ZenPad S. Like all tablets, it's just a big display. ASUS has made space for two front-facing stereo speakers, which is something you won't get on an iPad or on the Galaxy Tab S2. As for the quality of the speakers, my highly subjective evaluation is that they are better than the iPad Air 2, and much better than the Nexus 9. They also don't cause significant chassis vibration despite the tablet's small thickness, which is something the iPad Air 2 suffers from. 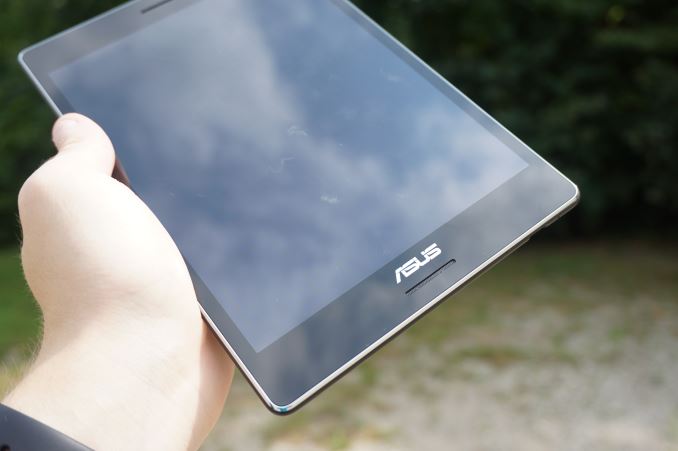 Surrounding the edge of the ZenPad's front bezels is a metallic looking silver edge. This is really made of plastic, and like the plastic construction of the ZenFone 2 I'm a bit concerned about its durability. Readers may remember that a single fall from an extremely short height ended up scuffing up the back cover of our ZenFone 2 pretty badly. With the ZenPad S I have made sure to be quite careful, and haven't dropped it or hit it off anything to the best of my knowledge. Even so, there are some small dents in the silver edge. Pressing on it confirms that it's a fairly soft plastic, and I feel like it's going to be a magnet for these types of small dents and marks. In contrast, the Nexus 9 and iPad Air 2 testing units I have could probably be packaged and sold as brand new despite having them in my possession for significantly longer than the ZenPad S. If someone intends to use the ZenPad S as a tablet they can throw into their bag with other objects I would definitely be aware of the potential for damage to the edge. 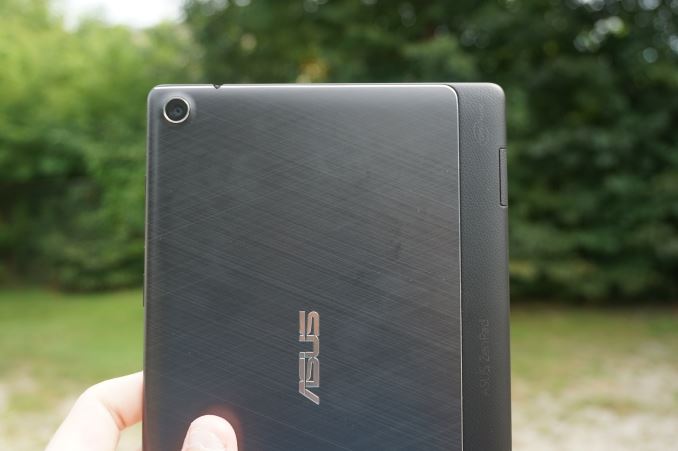 The back of the ZenPad S is split into two sections. The smaller section has a soft touch feeling, and almost feels a bit like the pleather some phone cases are made of as it has a texture to it. This section is slightly thinner than the rest of the back cover, and it houses the tablet's MicroSD slot. What's interesting is that this part blends smoothly into the sides of the tablet, even though the sides have a distinctly different feeling due to their lack of texture. The soft touch part of the tablet also has the tablet's name and the Intel logo on it. However, it rubs off fairly easily as you can see in the image above, and at the time of writing this paragraph the logos have come off entirely. 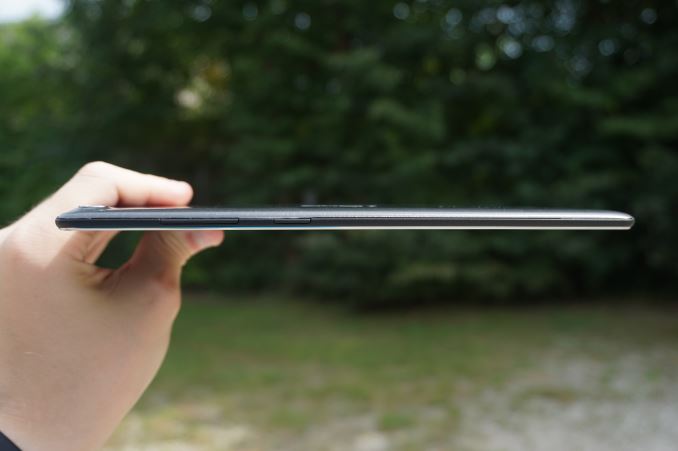 Right out of the box, my ZenPad S review unit did seem to have some issues with the hard plastic segment of the back cover that I think should have been picked up during QA. As you can see in the images above, there are areas on the edge of the plastic that are warped in such a way that they are no longer smooth like the other sections. It looks like these areas weren't finished properly, and when you look at the tablet from the side you can see that the entire edge around the power button and volume rocker is improperly formed and doesn't have the same color as the rest.

Ultimately I think the ZenPad S does a good job at being what it is, which is a tablet with a plastic chassis. My big concern is that the iPad Mini 2 sits at exactly the same price, and offers a completely aluminum chassis that feels much higher quality and will likely not incur the damage I've seen on the ZenPad's edge and back cover. The iPad is obviously heavier and thicker though, and the only way to achieve the low mass that the ZenPad S has is with plastic.

Personally, I think if I was given the choice I would opt for a slightly thicker and heavier device made of aluminum or a more durable plastic than a thinner and more easily damaged plastic one. The thicker device also has the benefit of storing a larger battery. Other people may value the thinness and the lightness more, particularly with 8" tablets which are more likely to be kept on someone's person than larger tablets. In the end everything is a series of trade-offs, and it's important to think about what aspects of design and build quality matter most to you when considering which tablets to buy.